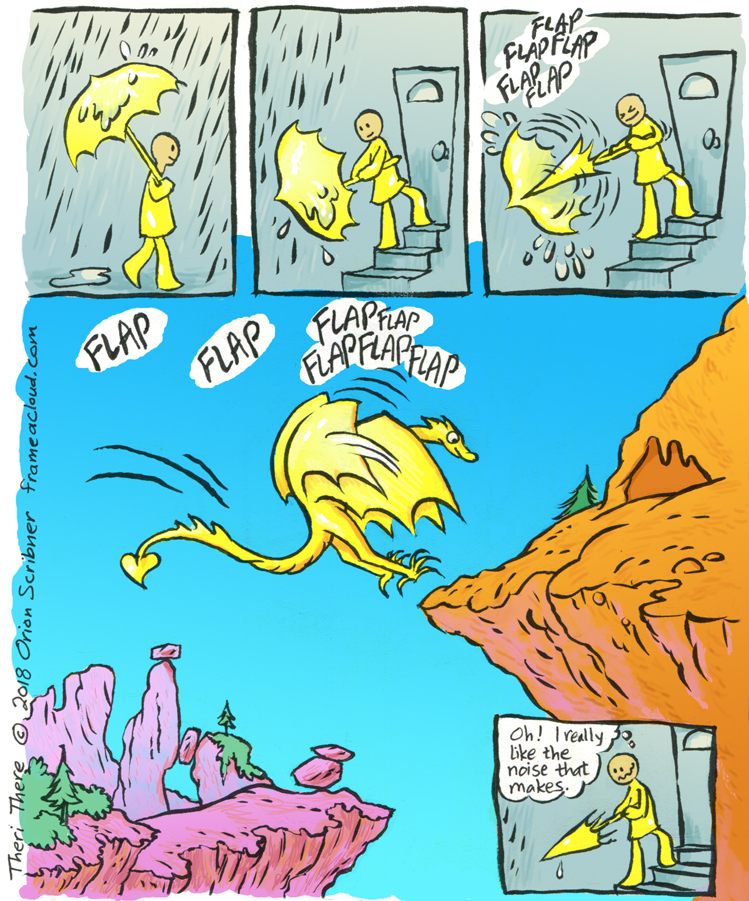 We didn’t reach the Patreon goal for it after a long time, so I decided to just update Theri There whenever I feel like it. ¯\_(ツ)_/¯ Transcript:

Panel 1: A person with a yellow umbrella cheerfully goes for a walk in the rain.

Panel 2: They climb the steps to their front door, and hold out their umbrella.

Panel 3: They rapidly open and close the umbrella to shake the rain off it: FLAP FLAP FLAP!

Panel 4: In another world, a yellow dragon cheerfully flies through blazing blue skies over purple canyons. As it approaches a cliff and a cave, it brakes for a landing: FLAP... FLAP... FLAP FLAP FLAP!

Panel 5: Back to the person with the umbrella. They look pleasantly dazed, and think, “Oh! I really like the noise that makes.” 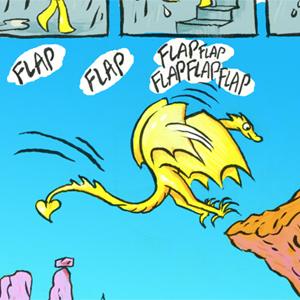