Amber stepped outside to clear her head. The night air was perfect, cool but not yet the bite of autumn. Things were going well. She’d made captain of the cheer team, and this would only be her junior year. It had been a long struggle coming to terms with her natural advantages, even with Dad’s help.

“If you can’t be comfortable with who you are here, maybe you should try going with your mom after all.”

She had not been happy at all when he said it. Stormed to her room and damaged the door hinges, slamming it so hard. But it had galvanized her, and here she was. For once, finally feeling a measure of control. If only her hormones were less fixed on reminding her Spring would be nearly over in nine months. Maybe this year, later this year, she could even get up the nerve to talk to-

“How lovely to see you among the trees dear.”

Amber’s joy fled in a rush. She looked around, started, and looked again. No, this couldn’t be. This park was too far from home to be right. She was certain she’d only stepped out for a minute.

“Mother,” she clipped the word in distaste, “did you do something to get me here?”

“Why me?” Stepping from the shadows, the dryad’s green skin looked sickly under the diffuse yellow of the streetlamp. Emerald eyes twinkled with mischief. “Only if you count bearing you, child.”

“Enough mother,” Amber turned. Should have known asking for the waste of time it was. “I’m going home. Good-bye.”

The way she drew out the word made Amber pause to look back. Tensed to run, she eyed the surroundings but saw no sign of ambush.

“Oh child,” The lithe creature creaked ever so softly as she took a leisurely step. “You’re already caught.”

A flare from the ground, and Amber looked down to see sigils burn the air around her feet. She looked up to scream defiance, too slow. The geas kicked in, dropping her on her back. Amber writhed a moment, trying to understand the heat spreading in her core. And then she saw the heat for what it was and clenched her teeth against it. Tried and failed to stand, arching her back and twisting as need gripped her stronger.

“You understand, don’t you dear daughter?”

A whole string of words dad would be most unhappy to hear formed in her mind but Amber couldn’t push them past tightly clenched teeth.

“Do not worry dear,” her mother gently stroked her cheek, fanning the flames inside. “A nice young man will be along before it grows unbearable. From your school,” she added like it wasn’t her intent all along. “Wouldn’t want to waste the opportunity.”

Behind the animal hunger fueled by the magic, Amber knew exactly what her mother was about. And hated her all the more for it. No way out. Dad wouldn’t come looking, and she had no idea what had been done to her. Or if she could do anything about it even if she knew.

“Sorry to do it like this,” her mother said conversationally, not sorry at all. “But you refuse to see reality. I made sure tonight. You must see reason. You can never be one of them.”

Amber wasn’t paying much attention. She would recall the words perfectly later, the opposite of comfort. But in the moment all she could feel was the raw need gripping her. Helpless, she closed her eyes and prayed it would be over soon.

Until she heard the hello from across the hedge. Eyes snapped open with instant recognition of the voice. Mother was nowhere to be seen. No. Anyone but him…

It was... a rough weekend. Fixed! Still a small update - for some reason I thought I was farther along in this story than I actually am, post-wise. 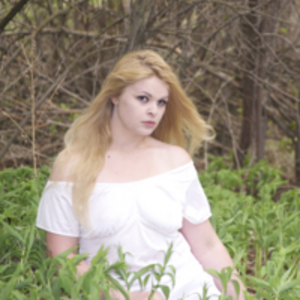