Alison du Bissay hardly dodged the horse hurtling at her as she hurried across the street.

"Watch it!" the driver of the horse-drawn carriage hollered at her. She glanced back for just a moment, before the wafting stank of the Five Points neighborhood hit her. She almost stepped in horse manure with her expensive fine lace slippers.

Homeless man and women lay in their own filth in the terrible neighborhood. Some of the women wore only rags. She felt terribly out of place with her frilly and finely embroidered  puffy blouse with a lace collar and high-waisted fluted skirt.

"Not today." Alison called over her shoulder. Normally, she might've donated a few pennies to his brandy fund, but today she had a purpose.

Today, the New York Shadow Market was in a dank basement in the Five Points. Unfortunate for her. Being a suggenne, Alison always wore opulent jewelry. It was very much a dress code for them, she supposed. She sometimes felt quite a bit silly in her jewels, like a child playing dress-up. In the slums, there were those struggling to get by. So perhaps Alison felt her life in danger in jewelry if sold, could feed a family for a lifetime.

"Marcescet." she murmured, and faded into the copious shadows of the tenements. When she came across the address she was given, Alison knocked three times. A green-skinned fey girl with curling horns opened the door.

"Dum orumbratio."  The fey nodded and let her in.

"Nice crucifix." she said. "Religious, even when you know this place exists?"

"No." Alison said, then departed down the dusty steps.

Suggennes  only wore religious items to show they could. The common downworlder, like a vampire, werewolf, or fey would get hurt by them, seeing as it is so contradictory to their very existence. Though it once hurt, Alison wore a crucifix and rosary around her pale neck.

It had burned when it was forced on her at four.

She had not been able to move for weeks. But, her grandmother had made her wear it.

"You are heir to the du Bissay crime family. You will drink poison. You will eat flame. You will defy death. You will wear these." Her grandmother hissed at her, tracing a bloody line down Alison's young neck with her sharpened fingernails.

"Mother Madrigal," she whimpered, addressing her grandmother by her formal name, "The Grand Maman never forced this. My maman does not wear these! It hurts."

"I am not my mother. She was powerful but not strong. Enough power to call upon the angels, but not enough to save herself. You are not yours, weak but intelligent. Not smart enough though, to not devote herself to a man not devoted to her. Sacrifice everything for a human, instead of her daughter?" she crooned. Alison wanted to sob from the pain, but held it in. "We are cut from the same bloodied cloth, you and I."

Madrigal pointed to the vanity. Alison took a hard look at herself. Her grandmother, though hundreds of years old, still looked impossibly young. They looked nearly identical.

Same moon pale skin and glossy, straight midnight black hair kept down and untied, with deep black eyes equipped with long lashes. Their faces were framed by thick eyebrows and bloodred lips with sharp canines pointed over them. Dangerously beautiful, the two of them. Beautiful like a knife was.

"I withstood the pain. You will be under the same burden as I one day." Madrigal continued, "You may think me cruel. I do not care. I am doing what is best for the suggennes. Drink this." Madrigal spun on her heels, black hair flying.

Alison stared at the vial. She lifted it and sniffed. Ricin, from a castor oil plant, probably mixed with Batrachotoxin from a venomous frog, with a touch of arsenic, her grandmother's favorite for taste.

After a moment, she chugged it.

The memory ended. Opening her eyes, she looked at the scene. Where it might have been on any other day a dank, odiferous storage space, it was now a teeming market.

Werewolfs, walking in their packs bought rare slices of meat from fey vendors. Vampires, in their handsome finery strolled about, with their drugged subjugates following them around. Floating candles flew around. Vendors advertised various goods, from rare fey fruits, to humans able to see the downworld advertized the selling of secrets.

"Miss du Bissay," the man said in her ear, "Wheres my payment?" 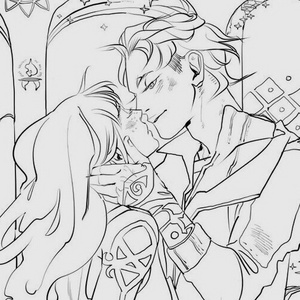 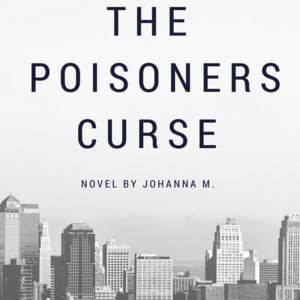 Alison du Bissay is part of a dangerous race of the supernatural called the suggenes.
In her Edwardian-era New York City world, watch her solve dangerous mysteries and avoid her grandmothers strange manipulations. 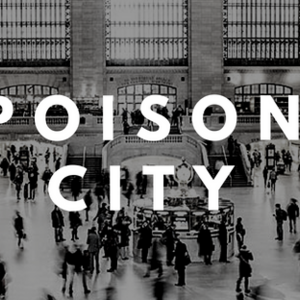