The story starts with Sara.

Bred for awful purposes, she was still born beautiful.

The cult was called K’zahn, who worshipped those tentacled things high up in the sky. They lived in a wild wood far from any city, where no roads could reach them. It was the need for prey and sacrifices that kept them close enough to small towns, as well as a desire for good ol’ fun.

Father was a bad man, who ruled over the K’zahnthians with unchallenged authority and was said to have met the devil at least twice. Proof could be found through a pair of signet rings - decorated with foreboding symbols - that glowed ripe red or rotten green depending on his mood. His voice could echo across the fields and against the trees, summoning the cultspeople like rats to the piper. His swollen hands, fat from slapping the rumps of slave girls, never let go of a very peculiar cane that was dipped in goat’s blood and lined with teeth like charred amber.

Mother was a weak woman who raped young hitchhikers and was fond of long-pig, as the islanders called it. She was crazed - having sipped on morphine and cocaine in her youth, running off into the wild woods, where she became an especially obedient slave girl. Father did not love her by any means, but a breeder is a breeder is a breeder. Sara was the thirteenth of Mother’s children - the last - and the most perfect K’zahnthian lamb.

At her coming of age, Sara was stolen from the Village, where she played childish games, and taken to the Temple, where her body was primed for Its Crowning - a centennial event that gave the Earth chills.

As it were, children of K’zahn were kept in especially clean and remote areas of the wood - far from the Temple and the Clearing - as to preserve their godliness. Perhaps the most pivotal of the K’zahnthian pillars is as follows: “Thus prepare each vessel with such light, that after poison afflicted, each shall be the holders of unconstricted darkness.”

On Sara’s first night at the Temple, every part of her body was examined for perfection. She looked on wide-eyed at Father in his chair, his calculating stare studying the specimen before him.

On Sara’s second night at the Temple, every part of her body was kissed by the chapped lips of old hags - battered ewes, failed attempts at the K’zahnthian lamb. Some too weak, others too strong, none of them so perfect as Sara. Her body shivered with spit before the night’s end. The kisses felt like centipedes - and her skin, the ground.

On Sara’s third night at the Temple, every part of her was touched. She did not look at Father, she did not try to wipe the spit, she closed her eyes and dreamt of a dark home in the deep, damp earth.

On Sara’s fourth night at the Temple, she was desecrated. First, they stood in a line, then a circle - each one yelling the names of demons from a long book that Father held. Sara’s tears fell through the grime on her cheeks, like a stream trickling to the sea.

Sara, still hailed the perfect lamb, was broken by the tenth night. With bruises against her quietest places, and cuts on her forming breasts, Sara ached for the childish games in the Village. But they were too far now.

Heavy with crippled nerves, her skin felt like razors her own hands could not touch.

It was after Father lit her womb on fire with his peculiar cane, that a terrible, terrible whisper within her began to find its voice.

Perhaps the second most pivotal of the K’zahnthian pillars is as follows: “Then two vessels of each kind shall meet, that after their congregation, another should be created so that the darkness may be spread.”

Nyo’thum began to grow within her, feeding the terrible whisper like dry leaves on a windy day. The maidens who fussed about her were said to feel phantom slaps about their faces and buttocks. The men who came bearing gifts, should the mother of Nyo’thum bless them, were said to feel pains between their legs, unable to torment the slave girls for the days following. In this way, Sara was left alone in the center of the Temple until Its Crowning.

All the while, the sinister voice within her began to damn the gods...

A storm covered the wild wood on that day.

Taken from the Temple into the Clearing, Sara lay in her own blood, thrashing wildly as It came writhing out.

The cultspeople, Father being the loudest, chanted its name above the wind and her screams. Sara’s hands banged against the giant slab, like desperate knocking on a locked door - scraping the skin off her knuckles. Now, her tears fell directly into a red sea.

Sara stood on the slab, holding the tentacled thing. The cultspeople cheered, and clapped, and hollered - some fell to the earth in crazed sobs. Even in the downpour, Sara could see Father’s mad grin, like the crescent moon. His eyes captivated by Nyo’thum - his child and grandchild.

What was once a voice, became an avalanche. Where Nyo’thum once slept within her, Sara’s fire blasted and burned.

The third most pivotal K’zahnthian pillar is as follows: “And so, if you shall be smited, might the darkness allow it, you will smite back tenfold.”

The sound of one thousand vertebrae breaking in unison was the beginning of a long, undulating song that Sara’s sinister voice sang to.

There were no yells, no clamouring - only glossy wide eyes and gaping mouths, like sailors drowning in a storm.

The silence was soothing, and for the first time since before the Temple, Sara laughed - the rough, wicked sound came from her gut and erupted into sobs. The buckling of a crowd of knees gave way to the empty thump of deadweight on the soaking earth. Between the Village, the Temple and the Clearing, no one had been spared.

Looking down at her child, whose otherkin eye watered with fear, Sara spoke the final K’zahnthian pillar: “As the darkness cannot be traveled without the gods, so too your destiny is known only to them. So shall your fate be delivered unto you at their liking through blessing, should you sacrifice. Or it shall be so shaken and severed from you at their mercy, should you not bow.”

Then, Sara ignited Nyo’thum. The only other scream from that night was from Child - who sounded more human than its mother.

She watched it wither away, scalding her hands. As its tentacles shriveled in the impervious fire, the dank evil it contained seeped out, latching onto Sara’s face.

Around them, the rain beat down, as though it meant to bury Mother, Child, Cult and Wild Wood deep within the earth.

Sara, the perfect lamb, the vessel of the gods - still born beautiful - was no longer.

Satira, the gods’ bane, was born. 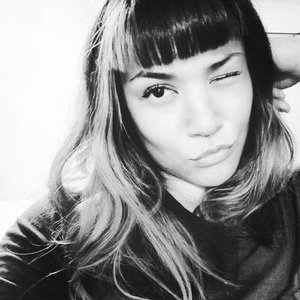 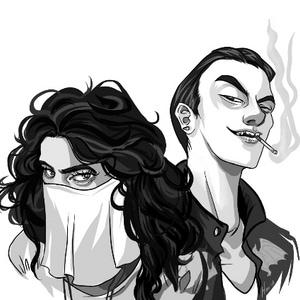 Join Satira, the moody demi-human, & Jack, the spunky living library, (who happens to be a dead man), as they traverse the country helping the unfortunate, the sad & the simply cursed in Destroying Destinies & Forging Fates.

With a penchant for killing, eating the young & exposing forces more evil than they are, Satira & Jack are a bane to the gods, but a blessing to the damned.
Subscribe 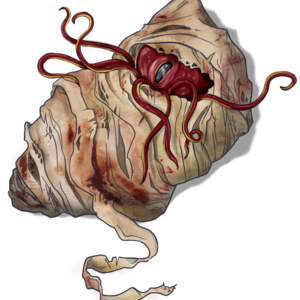