When I was a child, my mother warned me of the people I would befriend—but she never warned me about gods.

I thought she was being paranoid or overprotective. As I grew older, I thought she was insane. Now that I knew better, I realized that she was only cautious. And she had every right to be. Gods plague the earth. They walk among us and they have granted me a fate that I cannot escape.

In this hellhole, I am trapped in a small room with a brown carpeted floor as if a dog decided to shit all over it. Sunlight is streaming in through the narrow rectangular windows and the whirring of the ceiling fan makes a distracting sound. I am sitting across a woman with green eyes and pale blonde hair who barely even looks me in the eye. The dull narration of my backstory streams from my own mouth, hardly hearing the words themselves as they pour out of me.

“…at the age of sixteen, I met Kia. Things got out of hand, if I were to put it lightly. For a year I was always out late at night with her, painting the town red or whatever.”

“You were arrested for vandalism at sixteen.” It didn’t feel like a question, but I said ‘yes’ anyway. “And you were also a suspect for arson but, surprisingly, the store owner dropped the charges on you because you claimed to be mentally unstable.”

I am, I thought but didn’t say. “That was around the time I found out my mother was suffering with an illness that seemingly came out of nowhere.”

“And where was Kia in all this?” She asks, nonchalant.

On the first day of winter that year, Kia vanished. It took a few weeks till I realized she wouldn’t return. Looking back now, I wonder if she was even real to begin with. But then I would remember the scars and knew she was as real as the demons that haunt me at night.

“She skipped town when I was arrested,” I murmured. “Afterward, a strange woman named Macaria visited our home, claiming to be one of my mother’s old friends. Come morning, my mother was dead—and with her was any trace of that mysterious woman. I buried her next to my grandmother.”

The therapist didn’t even look up as if I didn’t say the most bizarre thing. She simply continued scribbling things on her pad.

“And where was your father in all this?”

“Never met my dad,” I reply, clipped and unconcerned.

She didn’t even pause. “How were you after your mother’s death?”

“For a while, I was overcome with guilt and extreme loneliness.” I admitted.

“Why guilt? Why that specific emotion?”

With pursed lips, I tried not to feel annoyed. It felt like she was rubbing it in. Well, that or she wasn’t listening, which was all the more infuriating. “Because I was fucking around with Kia while my mother was dying, that’s why.”

“Okay,” she murmurs, unfazed. “And what happened after that?”

“I was in foster care for a while. My first family was okay, very rich. I had two moms but neither one was interested in me. That was great for me. I don’t like it when people hover.”

“Why do you say that?” She still refused to meet my gaze. “About your foster mothers, I mean.”

“Eris had nothing better to do but create drama while Thalia, who earned most of the family fortune, was almost always away. It was on my eighteenth birthday that I attempted to kill myself and they had me institutionalized soon after. The facilities were topnotch, though. It was up in the country, away from everything and every asshole I ever met. That’s where I met Amech.”

Sounds of her laughter ring across the room as traces of my repressed memory resurface. It was kind of an annoying sound that was also oddly adorable. Her pale blue eyes ripped the fabric of reality and flashes of my time with her start to blend together, reminding me of how it all ended.

“No one,” I say. “She was just someone to talk to in that forsaken place.”

The therapist grumbles something I didn’t catch but I ignored it. “I take it you didn’t keep in touch?”

“No.” My throat suddenly felt dry, as if someone tied a noose around my neck—like she did. “She hung herself the night before I got released.”

The woman still doesn’t look at me, but she tears her eyes away from the pad. She doesn’t say anything, afraid to inject something inappropriate or unprofessional during our session. But I wait. After a few seconds, she nods as if she’s given me enough time to absorb that and gets back to her pad, writing again. I continue.

“Eris and Thalia had moved to Italy, and technically I didn’t need a foster home anymore so that was that. I didn’t even see them when I got out. And no, we didn’t keep in touch. It was just as if we were back to being strangers and I guess we always were. I don’t know.”

“Uh-huh,” she huffs, appearing to be unconvinced. Quickly, she changed the subject. “Based on your record, you studied in NYU.”

“With no college funds, no parents, how did you make that work?”

I scoffed at this, insulted. “That’s it. I worked.”

“Yes, but where?” She sounded so intrigued and yet her gaze never falters. It’s still on that damn pad.

“Upper Manhattan,” I say, rather bored now. “I was walking in Central Park one day when I met this girl, Eos. I thought she was lost so I took her home. Her parents were both doctors, so they were gone all the time. It was her mother that hired me to keep her company whenever they were out. The kid’s bright, interesting—and expensive.”

“That sounds wasteful—for them, I mean.”

“Well, it put me through college.”

“It would appear so…” and she trailed off as she scribbled down more notes. After a while, it appeared as if she wasn’t going to ask anymore, like a decision has been made and I just have to wait.

I couldn’t take that. “No offense, but I really think you’re asking all the wrong questions.”

“Alright,” she said, sighing. “Do you understand why we’re here?”

“Court-mandated therapy,” she corrected. “Why do you think that is?”

I couldn’t resist being sarcastic. “Because some idiot thinks I’m a psychopath.”

“No,” she says slowly. “It’s because you have been linked not only to one murder but five—seven, if we include your mother and Amech. Nine, if the FBI don’t get a report back on Eris and Thalia. Ten, if we consider Kia.”

My vision begins to blur and my skin prickles with heat. I’m all too aware of my surroundings then. Maybe it was a bad idea to come here, to talk to her. I was locked in such a small space and the rage inside my chest was building itself up to break free.

“You’re still asking the wrong questions,” I tell her, suddenly exhausted of our conversation.

Her immediate response to this was, “What really happened the night you and Hector Doyle came to his cabin? You have to confront your fear if you’re to piece together the events—”

“He was helping me.”

“Helping you with what?”

“My search for you.”

At last, the therapist looks up and stares into my eyes.

“Finally,” I say, sighing in relief. “It’s nice to make your acquaintance, Iris.”

For a long time, we merely stare at each other until those dark green eyes hiding behind her thick-framed glasses glittered into different colors. I was mesmerized. She was real. It was all real because here she was; Iris, the Goddess of Rainbow and Messenger of the Gods. And I’m ready to give her hell.

Thankfully she didn’t deny who she was and only asked, “How did you find me?”

“I didn’t,” I reply then. “I just knew that you were shadowing me, following my every move. The trick was to get you to actually meet me. You have to admit it’s impressive how I went through great lengths to be here.”

“You truly have lost your mind,” she whispered, leaning back on her chair and staring at me with bewilderment.

“Earth does that to you,” I muttered. “That, and their curse. I have to say, they really sealed every inch and loophole of this thing. I can’t seem to stop people from loving me and in turn, I can’t stop killing them.” The rage became too real then. Watching her shrink subtly in her seat, my urge to wring her neck was absolute. I had to keep myself from jumping off my chair.

“Why what?” Iris demanded, unsettled.

“Why are they doing this to me?”

Her soft eyes showed agony over my despair and I realized that the answers she held could inevitably destroy me. 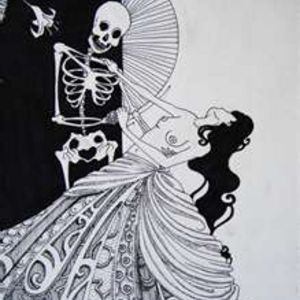 A woman is cursed to kill any man she falls in love with. Now a suspect in an ongoing investigation, she hunts down the truth to undo not only her own fate but also an old flame she had once saved from herself.
Subscribe 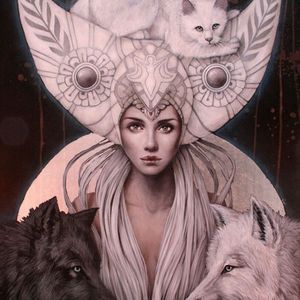