Amara waited for Russel to stand, shooting an extra glare at Jane as her friend did not step back at all leaving them awkwardly close. Huffing out a breath, she gently but insistently pressed between Jane and the table, forcing her back before claiming Russel’s arm. At which point she had to wait through an uncomfortably long silence, Jane radiating disapproval before her date worked out he was the hold up.

You. Did. Not. Amara turned her head, craning to bring her glare to bare on Russel, stopping him again with a foot in the air. He cringed back from the glare, as intended. Good. Not enough to free his arm or really create space between them. Better. If that was only thanks to the tight quarters of the restaurant, well.

She did not stop him as he started toward the door. Jane broadcast reluctance, but stepped back to let them by. Amara felt the familiar piercing gaze on the back of her head all the way to the exit.

They made it outside and Russel apparently remembered where they parked as he did not pause turning to head down the sidewalk as the sound and flash of a thousand cameras greeted them. Points to you for not stopping in shock, Russel. They were unhindered thanks to Jane bringing the security contingent with her who kept the newshounds at arm’s length. When Russel didn’t slow down at all as they neared the car, it occurred to her perhaps it was only the fight-or-flight response that kept him from freezing.

He stopped suddenly, tipping forward. Amara grimaced but only briefly before replacing it with her vacant smile as she had to lean her whole weight back to counter-balance. Why is he so much taller than me? A silly question. Most people were.

Russel gained another point as he did not disengage before leading her around the car, waiting for her to unlock it before opening and holding the door. She gave him the kiss on the cheek he earned before getting in, grateful for a moment to regain her composure as he walked back to the passenger side. Only he didn’t get in right away. She looked, to find Jane by the door, saying something to him. Oh come on, Jane. Let be.

Whatever she said, Russel didn’t break and run, opening the door and sliding into the car beside her before Amara got impatient enough to do something drastic. Noting ivy clinging to the wall of the building, Amara focused her gaze flexing her gloved hand. It was childish yes, but she still chuckled privately as Jane cursed the shower of detritus the plant shook free onto her head. Without looking up, Amara started the car and pulled away slowly, trusting security and a sense of self-preservation to keep any cameramen getting run over as she pulled out onto the street.

“Sorry about that, Amara.”

“I forgive you,” she gave him a quick wink. “Not everyone could handle our reception as well as you did.”

“You didn’t,” Amara spared her right to give his arm a squeeze, “freeze. By the way,” she winced. Lucky I caught it this fast. “Where am I going?”

“Oh, right. Umm… I’ll just pull it up on the phone. This way is good for now.” Russ fumbled his phone from a pocket.

She already knew that, of course. But it probably wouldn’t be the greatest thing to let him know she knew where he lived.

Russel got directions on his phone and proved a decent navigator, quietly giving the next direction after making a turn and calmly directing again at a distance that made it easy not to miss one. Which makes it hard to accidentally miss a turn and draw this out. Is he anxious to be away from me? Amara forced herself not to look, for fear of signs that was true.

“Nah, it’s okay. I’d probably be more worried if it hadn’t bothered you at all.”

He breathed a sigh of relief and Amara smiled, before her face fell. The arm itself she was more than used to. But thinking about it always reminded her of how she lost the original. No, she shook her head at herself. Good impressions, ‘Mar. Of course, would happily telling him it was magic be that great either?

Jane is going to kill me regardless for letting him see it. Her last ex was the only date she hadn’t had to hide it from, along with with world at large. Still in my head, the jerk. Still, I didn’t even think of that when I grabbed Russel. Just what am I trying to do? Jane already called him her ‘next mistake,’ but showing her arm was more than a little slip. This definitely needs looking into.

“Not sure you’d believe me.”

He surprised her by putting a hand on top of hers that she had not yet withdrawn from his wrist. Maybe not so anxious to leave after all. Amara knew she got way to hung up on peoples’ individual opinions of her, considering. But his touch felt nice, warm on her hand.

“I know it’s not mechanical. I’ve never seen wood move so fast, but I can’t see how it’s anything else.”

“Right on both counts, Russ.”

“Okay. I guess the only question left is how.”

“I said you wouldn’t believe me.”

She heard him shift in his seat, felt without looking as he leaned close.

“Seriously. How does it work? Please.”

Amara glanced once, catching the force of his intensity as he watched her face. Even hung up on my limb, heh, he’s looking at me. She wondered if the same would have been true of any of her past mundane boyfriends.

She wasn’t sure how Russel would react to that. Certainly, she didn’t guess what he actually did. He hummed in his throat. At least he didn’t back away.

Amara laughed. She couldn’t think of any other way to respond.

Russel did settle back into his seat after that, but not taking his hand off of hers. Not even as he struggled manipulating his phone one handed to double-check their route. Amara was too full of emotion to do anything but drive. She was surprised, a little confused, and more than a little worried he didn’t honestly believe her even after he used the word himself. But mostly she had this happy warmth lodged in her chest. I don’t remember ever feeling that before.

The remainder of the drive passed uneventfully and too soon they ended up in front of Russel’s apartment building.

“Oh,” Russel blinked in surprise as he looked around. “Yeah.”

Amara pulled to a stop on the curb.

“I had fun. Thanks for coming along.”

“Oh, thank you. For everything.” Russel didn’t quite look at her as he said it though. “It was an experience.”

An experience? Great. Good job Amara. I should’ve kissed him. She had risked suggesting dinner because he preferred direct, proactive girls. But Amara’s study of his online presence also indicated that physical affection was a big deal to him. It would hurt worse if my kiss scared him too.

“Sorry about the attention.” She sighed, disappointed at herself for having nothing more clever to say. “I hope it didn’t spoil your dinner.”

A thread of hope tugged at Amara’s feelings. He hadn’t opened his door to leave the car yet. She reached, awkwardly with her natural hand, to rest it on his forearm. As Russ turned her way, Amara turned on the charm as well as 15 years in the spotlight had taught her to.

“I enjoyed the evening very much.”

Ah, he blushes cute too. Amara resisted turning the smile even brighter. Again, not scaring him.

She could hardly help turning up her smile then. Silence descended once more, Amara still beaming at Russ with half-closed eyes, him blushing and not quite meeting her gaze. I’m not going to break away first, buddy. But I don’t dare ask him for a second date either. Sure being forward is fine, but I started this whole thing by hitting him with a car. There is such a thing as too forward. He was definitely also uncomfortable with celebrity. And from what she’d found Russel worked hard to be accommodating. The last thing she wanted was for him to agree to anything because Russel didn’t think he could say no to Ayame Sunrise.

But he still had yet to move. Clearly, the boy wasn’t sure what to do at this point. Amara’s smile was waning. To the deeps with it. She leaned across, bringing her gloved hand up to the back of his head, and kissed him. He didn’t dodge or pull away, though Russel didn’t exactly kiss her back either. When she let him go he looked dazed, mouth half turned-up in a lopsided smile he probably wasn’t aware of.

Wow is good. Now come on Russel, ask me.

What? How is it- aw brambles. I did scare him.

He fished a bit, caught and opened the car door. She couldn’t hold his gaze anymore, sitting back in the driver’s seat and facing forward. Curse it all to the depths.

He looked back twice Amara knew before disappearing inside the building. As she turned the key in the ignition, resigned to leaving the warmth Russel had miraculously given her in the memory of this one brief evening. Only something, something not at all warm and inviting gave her pause. What?

Amara closed her eyes, left hand extending unconsciously in front of her over the dash. She recognized the sensation even as she pin-pointed it. Cursing aloud, Amara threw herself out of the car, pulling her phone from it’s hidden pocket as she crossed the hood of the car heading for Russel’s building. At least it picked up fast.

Sorry, I am so sorry! This is not the complete update. Life happened and I also got hit by sudden unexpected writer's block. :( THis update WILL be completed and properly posted, but I wanted to give you what's there so at least you get Something on time.

EDIT - full page is now up! 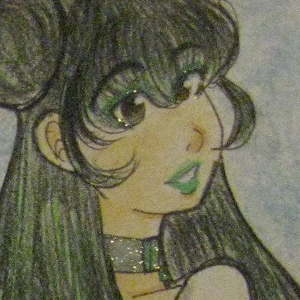