A month later, they held the wedding ceremony.

Hu Quan Li was confused as to how would the bride travel to the groom's house. He wondered if she should just come from hers and her sister's courtyard going out to the street a bit and come back to the residence to enter the Peony Courtyard.

But, Zhi Yu was not just a head housekeeper. Especially since he used the necklace when he made the proposal, the emblem gave him a special identity, something like one of the late emperor's family member. He couldn’t marry into the bride’s household. Although personally, Zhi Yu didn’t mind much. The late emperor prestige in public eyes might go down if that happened.

When the great general talked to him about this, he had a brilliantly simple Idea.

He made a big gate on the left side of the Peony Courtyard, the side that faced the public street. Complete with the huge nameplate of the character for his surname 'Zhi' on the gate door. He also decorated the left side garden with many things, enough to make people think that it was the main door and the front garden of the residence.

Although it is said his surname is Zhi, Zhi Yu didn't have any relatives, his name was given by the late emperor when he picked Zhi Yu up.

He didn't have enough time to administer this address as the Zhi's residence, but the general said it didn't matter, they would finish it on a later date.

Zhi Yu and Hu Bai's early weeks after marriage life were rather restrained. Hu Bai couldn't seem to calm herself well, and Zhi Yu couldn't get himself to call her his new bride.

One night was another awkward night for the two of them. Staring at the garden of flowers that was illuminated by the oil lamp, Hu Bai sat by the edge with both legs hanging, drinking a warm tea that Zhi Yu made for her. “...” She quietly ate until Zhi Yu came to keep her company.

Zhi Yu sat beside Hu Bai and said. "The peony handkerchief that Eldest Young Miss made is beautiful." Ever since the third young miss gave him the peony napkin, Zhi Yu has kept it safe on his side at all time.

Startled, Hu Bai stopped drinking looked at him. "Is it Third Sister’s doing?"

"I thought I lost it." Hu Bai lightly laughed. “So it was her doing all along.” Zhi Yu meaningfully gazed into Hu Bai's giggling face and lightly touched it. Hu Bai stopped chuckling when she felt the warm finger on her cheek. “Yu?”

"Since when did you have feelings for me?" Zhi Yu asked her while gazing deep into her eyes as if trying to find his answer there.

That question caught Hu Bai off guard. There was a light pink blush on her cheeks that soon enough faded, leaving not a trace behind. Instead, she told him in a small voice, Her sweet voice was like a whisper and Zhi Yu needed to lower his head more to hear it.

"I am not sure. I had always admired how calm and capable you are. I guess you can say... I grew up admiring you?"

“Yes, at some point, my heart started to race when I was with you. So I guess, it slowly changed from admiration to love?”

“...” Zhi Yu didn't know what to say, what to do. He felt his heart beat faster. His right arm circled her body and his left hand held her chin to make her face slightly look up. He held Hu Bai firmly while he leaned closer to her.

His breath drawing closer and closer until it they become one with hers. He carefully kissed her cherry pink lips and savored the taste.

It was just a meeting between two lips, but Hu Bai could already feel her heart beating ]fast. She knew that her body would betray her wish to keep her cool and composed facade. So her face must be red by now. She felt like she wanted to scream out of happiness. Because of that, she was tense at first. But soon, she felt calmer and finally relaxed. As she closed her eyes, she enjoyed the feeling of his warm and moist lips.

That was their first kiss.

Their lips separate when Zhi Yu could feel that she started to relax. Then he smoothly let their forehead meet and their nose graze each other. “It is a bit late to ask but.. what should I call you, Eldest Young Miss?”

“Ah Bai…” Zhi Yu called while placing another kiss on her forehead. Hu Bai looked up to see his eyes a bit cleared. She gasped when he said the next words in the sweetest voice with the most tender expression. “Bai, I love you.” 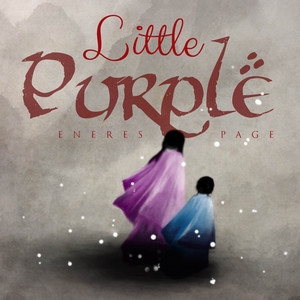