Arcadia. The arcade of broken promises, rigged claw machines, and shitty prizes. This rundown shack, also the ideal destination for drug deals and crappy first dates, just so happened to be the best place for Max and I to hang out.

“Ugh! It’s so hotttt!” Max groaned from my side, leaning against my car beside me as I locked it up. She had removed the tie from her blouse and used the blue scrunchie she kept on her wrist to tie her blonde mess of waves up into a loose bun.

“What do you expect?” I asked and linked my arm around her's. “It’s the middle of summer, peak bushfire season.”

“No shit, Sherlock,” Max rolled her eyes at me, but didn’t pull away. She happily held onto me,  despite the sun’s burning heat, as we walked over to the refuge of Arcadia. “It’s still annoying. Just ‘cause I expect it doesn’t make it not hot.”

“Yet when winter comes, you’ll complain about how cold that is too,” I said with a heavy sigh, all too used to Max’s neverending complaints of any slightest inconveniences. It didn’t matter if I thought the same or not.

“How can I complain when you do it enough for the both of us?” I flashed her a smile to meet the glare she shot towards me, just as the doors to the arcade opened up. The cool breath of the air conditioning welcomed us and, in an instant, soothed away all of our heat-induced irritations.

“Oh my God,” Max exhaled in relief as the tinted doors closed behind us, locking the sauna outside.

I broke away from her and turned towards the vent above the doors, arms stretched out as I welcomed the breeze like an old friend. “Ahhh,” I moaned loudly. “That feels so good!”

This was probably the best thing about this place.

“Take it to the bedroom, Ollie,” Max said as she joined my side, eyes closed and arms out to enjoy the cool air as well.

“If I could, I would,” I replied with a smirk. “How about it, A/C, just you and me on this lonely summer’s night?”

As expected, Eggy popped up behind the counter, ready with a wide toothy grin. He was a tall, lanky guy with freckles all over, who always kept his dirty-blonde hair short in a crew cut during summer. He also happened to be Arcadia’s most loyal servant, providing God knows how many years of quality service. The man practically lived in the arcade, never once been seen outside. I still wondered if he sold his soul to the place or simply broke a deal with a devil.

“Eggy!” Max squealed and had already dashed over to the counter. She reached over to give him a hug and he happily obliged.

“What’s crackalackin’, my peeps?” He kept his grin as he exchanged excited looks at both of us.

“We’re escaping the heat, it’s so gross outside,” Max whined.

“How’s it been in here?” I asked as I joined them.

“It’s been so dead today.” He rolled his eyes and leaned against his hands on the countertop. “But at least Ace hasn’t died on me so I can’t complain. Youse ditching again?”

“Fortunately,” I flashed a smile.

He popped an eyebrow up as he scratched the stubble on his jaw. He seemed to ponder his obligation as an adult to lecture us, but shrugged instead.

“Stay in school kids,” he settled for with a wink. “Otherwise, you can always work here.”

“And have alone time with Ace?” I looked over my shoulder at the air-conditioning vent, and then back at Eggy, shrugging my eyebrows. “Don’t mind if I do.”

He shook his head, his grin still wide, and then turned for the drink fridge. He brought us back three cans of off-brand cola, which we happily accepted. We clicked our cans together and then cracked into them. Eggy spilled some in his mouthful but simply just wiped his mouth without much of a care.

As plain and simple as he was, he rarely stood out, but even so, had an absolute cracker of a personality. He’d always been fun to be around, generous and kind too. This town talked a lot but never once had I heard a bad thing about him. He took care of ruffians, and seemed to have a way of gaining respect and making friends with troublemakers that came in and out of the arcade.

Really, more needed to be said about him.

“So I heard right that you put pink in your hair, Ollie,” Eggy said as he leaned forward against his arms on the counter. “Looks good, I like it.”

“Right?” I flicked my hair and smiled. “Much better than auburn.”

“It’s so pretty! Pastel really suits him,” Max added and ran her fingers through my hair, tousling it up with a gleeful look of pride. “My mum did it, so if you need a dye job, you know who to hit up.”

“Neat. I reckon I could do blue,” he replied. “Maybe get a blue beard too.”

“You could pull any colour off, Eggy,” Max said. “With the help of my mum though, of course.”

Bored by just standing there, I set out to play on the claw machine closest to the counter, where Max and Eggy’s conversation would stay within earshot. The machine was filled with heaps of different kinds of chocolate bars and I was craving a good Twix.

“So why did you dye ya hair anyway, Ollie?” Eggy asked, loud enough to gain my attention.

“I lost a bet to Max,” I replied, not taking my eyes off the claw.

“That’s between Ollie and I,” Max teased, saving my pride. “Don’t worry though, it was a fair bet.”

“Not sus at all. Hmm…” He loudly voiced his pondering thoughts but then sighed. “Well whatever, it’s cute that Ollie has bright pink hair.”

“Makes me look manly as hell, doesn’t it?” I flashed a grin as I scored a few chocolates.

The entrance bell dinged as a small herd of voices came into the arcade, followed by a loud laugh I recognised instantly. It made my stomach flip and my entire body freeze, yet at the same time, it was like music to my ears.

“How’s it going, fellas?” Eggy kindly welcomed. “Haven’t seen you lot for a while.”

“Looks like she needs some company,” another deep voice added.

I snatched my chocolates up and then turned back towards Max and the group that walked in. Max had a nasty glare glued on them and downed her can like an angry drunk, not even trying to hide how much she despises them. If only looks could kill.

The group consisted of four guys, three of which I could give no fucks. One of which ripped my bloody heart out and stomped on it.

“The fag’s here too, guys,” one of the guys said as I joined Max’s side. I shot an unimpressed glare at him, spotting Derek Brenner—a recent graduate from our school—smirking at us. “How you doing, Oliver? Hooking up with more Drama Queens?”

“Watch your slurs,” Eggy firmly said,with his arms crossed over his chest.

“Gonna say anything, Cole?” Max snapped, her glare right on the guy I was hoping to avoid. “Or are you just going to hide behind your wall of fuckboys?”

“Still the same old Max.” Cole cut Brenner off and sighed, stepping forward from his group.

“Go fuck yourself,” she spat back at him.

He only smiled bitterly at her before his eyes shifted straight to me. As much as I tried to avoid looking at him, I couldn’t help myself. We made eye contact that was lasting longer than it should’ve but neither of us attempted to break it.

I hated him. I hated how he stood there, unfazed and still looking like a goddamn gem. I hated his eyes and how they reminded me of emeralds, and I hated how he styled his golden hair in a way that screamed he was up to no good, and I hated the way his lips quirked up like he knew exactly what I thought. Most of all I hated that I still loved it, and that after all the garbage I went through, I still missed him.

“Jesus, Oliver, trying hard to look like a twink, huh?” Another one of the guys stated.

I snapped my attention away from Cole and shot a glare at the guy standing beside him.

I forgot his name but I knew it was along the lines of J-something. A typical party-going, frat-boy wannabe who got kicked off the rugby team for one too many ‘I forgot training was on today’ excuses and was never comfortable with being left alone with me.

“Jeff, don’t,” Cole pulled him up, frowning down at him.

“Oh, don’t worry. He’s just jealous.” I threw a smirk at them. “Not everyone can pull off pink hair as good as I can.” I winked at Jeff, tempted to blow a kiss but thought that might be too much.

“Not really your colour, though,” Cole remarked, and I felt a sharp pang in my chest. I clenched my jaw in my best effort to not let that show. His opinion of me didn’t matter, not anymore.

“Lucky he’s not your ‘problem’ then, huh?” Max replied for me, crossing her arms over her chest. Her glare never once left him.

Tension rose in the air real quick, and it was only a matter of seconds before we got into a punch-up with them again. Mostly it would be Max pulling at hair and kicking in places that would have their grandchildren coming out bruised.

“Alright, that’s enough. Either play or leave.” Eggy interjected, done with the high school drama. The man could only tolerate the chaos of fun in an arcade, nothing else.

“It’s cool, Eggy, we’re just gonna go.” I reassured with a smile focused solely on him. “Thanks for the drinks.”

I pulled out a five dollar note from my wallet and passed it to him. He gladly accepted it but instead of putting it in the register, he popped it into the Cancer Fund donation box.

“Anytime, my dude.” He smiled back and then slid a stern look back to Cole and his group, a silent warning for them to keep quiet.

I took Max’s hand and literally had to drag her out of the arcade. She didn’t want to take her eyes off the boys nor did they want to take their eyes off us.

But just before we left, Cole seemed to have felt the need to make one last statement as if he gave an actual damn.

“Hey Oliver,” he said, stopping us at the doors. “You should really stop with the ditching.”

It caught me a little off guard, I had to admit, but I wasn’t going to just walk away from that. I furrowed my brow and faced him.

“If only I cared about what you have to say.”

And with that, Max and I left.

Alright, another chapter out! What did you guys think of this one?

Also a huge thank you to those that have already subscribed, it means a lot~!

Tune in next time to see what other mischiefs these twerps get up to~! 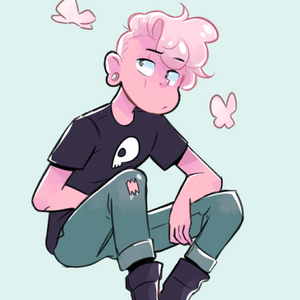 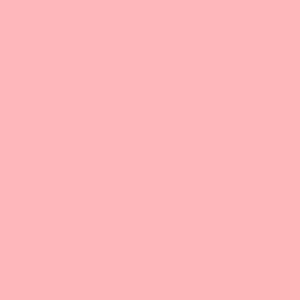