Serving my time, I was stuck in the kitchen, cooking dinner as Dad complained about his work for the day. He stood in the kitchen, watching me cook and at times, commenting on how I’m doing.

“And I swear, Oliver,” Dad continued on as he cracked his second beer open. “If John takes another goddamn sick day, I’m gonna toss him.”

“You say that yet when he does, you don’t,” I replied, stirring the vegetables around in the wok.

Dad sighed. “Yeah, but that’s because I go to sack him and then I see how hard he is working and I can’t bring myself to do it.”

“Uh-huh,” I replied. “Well, the next time I hear you complain about him, I’m firing him for you.”

“Just take it easy on the guy, he has been good to us,” Dad said.

“If he was being good to us, he wouldn’t take so many random ‘sick’ days,” I argued. “Look, fire him but offer him a good reference if he wants it.”

“Good thinking,” Dad agreed. “You able to cover his weekends for a bit?”

We heard the front door close, neither of us surprised. It was about time for my older brother to have returned home. He usually has university classes that drag out into the late afternoon.

“Something smells good!” Elliot announced as he walked into the kitchen. He dropped his bag on the bench with a thump and darted straight to my side to peer over my shoulder. “Ollie’s stir-fry, yesssss.”

“More like punishment for getting caught,” Elliot chuckled, stealing a piece of carrot and popping it into his mouth.

“Don’t encourage him,” Dad frowned at him.

“Right!?” I agreed, mixing the stir-fry sauce in with the vegetables, chicken and noodles.

I passed them a bowl of stir-fry each, watching Elliot happily accept his and dive straight into it. He picked at some of the meat with his fingers, ignoring how hot it was as he quickly chewed it.

“No harm done,” Elliot winked at Dad, licking his fingers while dad just gave him back an eye-roll.

“How was uni?” I asked him as we moved to the living room.

I wanted to change the topic as soon as I could before Dad added more chores to my punishment.

“Absolutely exhausting,” he replied, taking a seat in one of the reclining armchairs as Dad took the other. “I had a two-hour class with a substitute lecturer, and holy shit, this guy must have a major in boring students to death.”

Chirps perked up as I sat down beside her on the lounge between the armchairs. She sniffed up towards me, eyeing at my food.

“Sounds exhausting,” Dad said. “Hopefully your other lecturers were good?”

“Mm, sam’ old,” Elliot shrugged with a mouthful of food. “Ditch while you can Oliver because you can’t do it too much in uni.”

“You really got to stop encouraging him,” Dad sighed.

I laughed at them as I fed Chirps some of my meat. I took out my phone to take a picture of Chirps eating another piece while they continued talking about university and work. I went to add the picture to my Chirps album but another album caught my attention. It made me think of what Max said earlier, asking if I had deleted the pictures of Cole.

Opening the album, I couldn’t help but softly smile. A lot of them were silly photos, both of us pulling faces together, while others were photos of Cole. Ones he had sent me, and some that I took. After looking through some of the pictures, I attempted once more to delete the album. But like every other time I tried, I just couldn’t bring myself to do it.

“You alright, Olive?” Elliot asked, jolting me back to reality.

I quickly closed the album and put the phone down before flashing him a smile.

Elliot looked at me suspiciously and glanced over at Dad. They exchanged looks with each other, unsure whether or not to trust my words.

Dad shuffled in his seat, straightening his back.

“Tired of what?” He asked, giving me a look that said he knew better.

“Save it,” I said. “Don’t make this into a psycho appointment. I’m just tired.”

“You were making your bothered face,” Elliot said in a ‘matter-of-fact’ tone. “Your ‘I-miss-a-certain-somebody’ face.”

Was it that obvious?

I scoffed, trying to brush him off. “Seriously, you think I’m missing Cole? Like really?”

“Had us fooled,” Dad added. “Did something happen?”

“You know it’s okay for you to miss him, right?” Elliot said.

“Good to know for whenever I randomly decide to miss that asshat,” I replied. “For now, the only thing I miss is my bed.”

“Yeah, and if you randomly do decide to miss that asshat,” Elliot continued. “You know you can talk to us, right?”

Silence sat around us, none of them daring to say anything.

“I’m going to take a shower and just… Go to bed.” I got up, giving Chirps one last pat.

“I didn’t mean to make you feel… Awkward or anything,” he started to explain. “We just worry about you, and you know, if you are still thinking about Cole, it’s-”

“You say that, but you don’t look fine,”

“Just give him his space, Elliot,” Dad interjected.

“I don’t want my brother feeling like shit all night because of some asshole,” Elliot snapped.

“How many times do I have to say I’m fine before you get it?” I replied.

“That’s your problem then, Elliot, because I am fine,” I firmly stated. “Look, I appreciate the concern, but I really am okay. I just want a shower and then I want to go to bed. I need my space.”

I stared at him, watching him as he pondered on what to say next. He let out a heavy sigh, accepting defeat.

“Okay, sure,” Elliot said, scratching the back of his head. “I’m sorry.”

That last statement felt like a lie, or rather, it was something I was trying to convince myself. I am fine. I am more than fine. I’m an independent gay boy who don’t need no man. I’m fine.

After a cold shower, I found my way back to my room. I plopped onto my bed, groaning loudly into the pillows as a method to release my frustrations, and then rolled onto my back. I stared up at my ceiling, to where my plastic glow stars stuck too. Surprisingly, even after all these years, they still glowed. I’ve grown out of them, but despite that, I can’t bring myself to take them down. There’s just something comforting in knowing they are there.

While counting them like I always do before I sleep, Cole made his way into my mind, like he always does. The thought of him when we were dating crossed my mind, how he wouldn’t let anyone insult me and how he defended me against everyone, even his friends. I know its the past, and that thinking like that wouldn’t change a single thing. That those memories were just that - memories. But I couldn’t help but indulge.

Max was right – I still gave a fuck about him. I still deeply care about Cole and I still wish we were together and that he had not broken my heart…

I fell asleep with Cole being the last thing I thought about.

Looks like Oliver has a lot of things to process and accept. Will he acknowledge that? Who even knows anymore.

This is the last chapter for the 'every second day' updates. Worry not, there will be another chapter tomorrow! Just for a reminder, TLA will be posted weekly on Wednesdays (GMT+10).

As always, thanks for reading! I hope you guys are liking this story so far. Tune in tomorrow to see what familiar face we run into!! How exciting ;3;

See you guys then!! 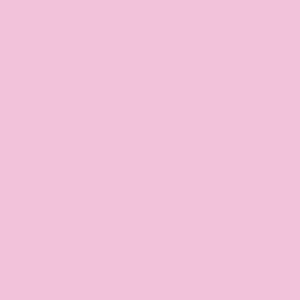