Sunday morning came all too quickly. I bolted up with this weird sort of newfound energy and made butterfly fairy cakes and scones, and choc chip cookies for Dad. I also cleaned out my flat, initially with the intention of throwing out all the things Renzo had ever got me or notes he’d written me, but unsurprisingly all I had found were two little pocket cards with little written notes. One: “24 today! Happy Birthday Mi Amore x Renzo” and the other: “25 today! Happy Birthday Mi Amore x Renzo” and a pendant and a ring both of which I've never worn and will probably re-gift in the near future. Clearly Renzo just excelled as a boyfriend. He, on the other hand, will have twenty-four, two page long handwritten essays (one for each month we'd been together), four snazzy ties, a pair of Adidas Neo sneakers, gum boots (printed with bananas, a matching pair to mine that we bought together when we volunteered and planted trees) and finally a pillow with my face on it (April Fools), to somehow discard of. That’s beside the countless batches of cupcakes and cookies I'd ever baked for him. And those two Black Forest cakes he got on his 27th and 28th birthdays. Also, how the hell it took me this long to realise who played the more active role in the relationship, heaven alone knows, but I let sleeping dogs lie. All that matters to me now are Mum, Dad and Dan and hopefully it'll stay that way...

For at least a while anyway.

We were all seated at my tiny wooden dinner table when Mum asked a question that I really wish she hadn't. My stomach flipped and I clenched my jaw. I think Dad was more shocked than I was, however, he choked on a piece of biscuit for ten consecutive minutes.

“Are you and Lorenzo planning on tying the knot any time soon?”

Dan scoffed so hard I thought he was going to join Dad in his sputtering fit.

“Shouldn't we rather be discussing Danny’s eighteenth? Just two months away, hey Dan?” I said, stammering a little but smiling warmly at my brother.

He winked and smiled back in an endearing kind of way, having caught the message that there was a drastic need of a subject change.

“Yeah Ma, eighteen is a big one! What are you and Dad going to get for me anyway?”

“Eighteenths are evidently of much higher importance than weddings, isn't that right Pippa?” Dad winked, joining in, with his mouth full no less, and donning a dazzling Chantilly cream moustache.

“Oh come now you three! What is going on? I smell a rat, Pip,” Mum said, concerned.

The time had come to drop the bombshell, but I genuinely didn't know how to go about it. See, Mum liked Renzo quite a lot, for his charming Italian looks, and the fact that he could make Ravioli from scratch. Dad said he was, and I quote, “an awfully sleazy bugger. Look at that sheen in his hair!” and Danny liked him because he helped him tremendously with some free accounting tutoring. He went from Cs to As in the span of two months. There was a likely chance Mum would be distraught, Dad would rejoice making her even more distraught, and Dan would immediately delve into his empathetic little brother jumpsuit and ask how I was doing or if I'd be okay or how it all went down. I was, rather petrified, but I ripped it off like a Band-Aid from a fleshy wound. She'd just have to take my side.

“I broke up with Renzo yesterday night.”

There was a murmur, a loud gasp and a dreadful silence which followed. I looked at Mum, trying earnestly to reach some sort of consensus as to where her mind was wandering on an emotional level. Dad was grinning as brightly as a cat with a dish of cream, and Dan was looking right at me the whole time, eyebrows knitted, searching my facial expressions for some sort of explanation.

“May I elaborate? Mum, are you okay?”

“I'm fine. Just a little taken aback, naturally, but I'm sure you have valid reasoning. You are my daughter after all, I'll always take your side. Even if you were with one of the most handsome men I'd ever laid eyes on... oh please meet someone cute again! I don't want ugly grandchildren!” her tone of voice changed from one of comfort and understanding to one of pain and quite a whiny twinge.

I proceeded to break down the exact situation I was in for the last four months in which we were together, what I had deduced from said situation and how our appalling argument the night prior did not prove me wrong. And, just for good measure, added that there would be no way I would ever accept him back into my life, no matter what the circumstance and that I’d never felt so free, nor so prepared for the new year to begin. I was rejuvenated, refreshed with a sense of freedom. The burden of constantly fretting over everything I said to Renzo on a daily basis and if it could possibly affect the outcome of our relationship had been lifted because I didn't have to care anymore. I almost cried, to be honest. It was immensely liberating to finally tell someone about it. And I didn't cry! They were all very instantaneously supportive and I got lots of hugs and well wishes. After tea we all resigned in unison to my sofa and watched some old ‘Faulty Towers’ reruns on Brit. I felt really warm with love and I was immensely appreciative of the support system I had in my phenomenal family.

They went home and it was bittersweet, but I vowed to visit more often at least, an unintentional new years resolution... but I'm certain I'll be able to make this one a reality. Before I knew it, it was 6 pm and I was still sprawled out across my couch. I sprung up and stretched out my arms. Lethargy has never been my forte. I needed to get out ASAP even if that meant buying something utterly gross from McDonalds. I grabbed my keys and my coat and swiftly wisped my sleepy body out the door to my lovely little Fiat 500. And there I was, on the road, howling along to the Beatles’ ‘help’ as content as ever, the never-really-frequently-before-seen Pip. 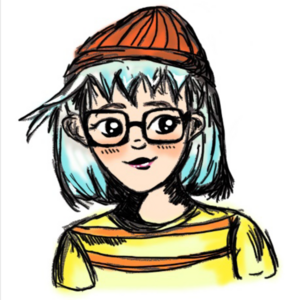 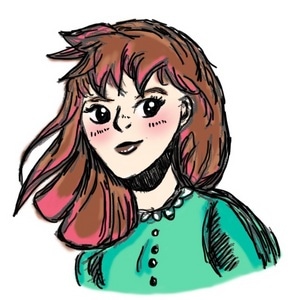 London-born Philippa Rosie Somner is only just discovering that there are a few things in her life that displease her at the ripe-old age of twenty-six, but she's certainly not afraid to start doing something about it!
Subscribe 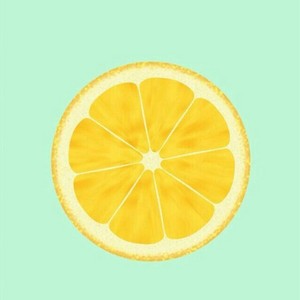