Somehow, even the air conditioning couldn’t stop the humidity from soaking in. The windows can't open, and the haze sagged with moisture.

Honestly, I really, just, don't care, though. I fan myself because that's about as much energy as I have. Which doesn't work, because it seems to make the whole train car hotter.

“Jack, sit up,” Mom grumbles. Probably for the fifth time since the train’s started.

I don’t really want to. I’m stuck to the leather seat coverings anyways. There’s no WiFi, the reception’s getting worse by the minute, and I miss everyone back home already. I don’t know what Mom wants me to do to pass the time, but I doubt that staring out the window will interest me as much as it would’ve when I was, like, 6.

I’m occupying myself, swiping left and right through pictures and videos of friends left behind for the three-month stretch of heat and water sports on my phone.

“Jack,” she whispers, giving me her “Mom” stare.

I sigh and take my feet off the seat across from me. No one's sitting there; it’s just an empty seat. My backpack’s there. And it’s not like we’re gonna be getting any more people on this train. Every time we’re on it, people’re getting off rather than on. The Port Lindsay, Westport Beach, and Alabaster-by-Sea stations go passesd, and nobody gives a shit about South Aberford anymore. Like, they're big ocean places. They actually have things to do there, like the Luna Park in Port Lindsay. Even the fucking tidal pools in Alabaster-by-Sea. Shops that sell fudge and balloons and novelty beach towels and other fun, stupid shit.

I sigh again as another station name for another ocean side town rolls by. The train turns and rolls north, away from the sea.

South Aberford should be the last station stop. It isn't, and I don't know why. It’s just so out there. There’s nothing around it for miles, and there’s not much to do in the damn place, especially if you don’t have a car. Like, growing up, I remembered hiking, climbing trees, and swimming in the lake.

Now it’s just...not fun. It doesn’t get good reception, and it doesn’t really scream “SUMMERTIME FUN.” At least, to me, it doesn’t anymore.

“Jack,” Mom says. She’s giving me that look again. I didn’t even realize I had my feet up again, but by that point, it doesn’t really matter to me. I just want her to stop.

Dad laughs from behind the newspaper. “Right on cue. We just left Morris River.”

I groan and slouch in my seat.

“Language, Jackson,” Mom sighs. She hits me with her magazine. “And sit up. It isn’t good for your back.”

Didn't even realize I said that out loud.

She whacks me again. Sighing, Mom reclines into her seat. “Ever time,” she mutters to herself.

So I go back to burning holes in my phone’s screen. Me and my soccer team, me and Julia, me and…huh. That picture shouldn’t be there, actually. So they’re moved into my 'Delete' folder, because no one needs to remember how we almost made it to regionals and then everything got fucked.

“Y’know, two trains and a taxi is too much of a hassle for a vacation,” I say openly, but nobody cares. It’s still going to pull into South Aberford, whether I like it or not.

My mom’s words from earlier – well, she begged me, more like – bounce around in my head for a moment. Every summer, it was an easy thing to promise. And every summer, something happens – usually by him – that makes me need to break it.

“Jackson.” I look at Mom, who watching the outside world move around us. “Look,” she whispers, her finger almost touching the plastic glass.

Over a stone bridge and through a cluster of trees, and South Aberford appears from across the lake, unblocked, sparkling against the blue waters, the rolling green mountains, and the blue sky. The train seems to roll a little slower from this point, as if taking in the fairy-tale town forgotten by time.

Aaaaaand I’m over it. I’m good now. I lean back into the seat.

But then Dad taps my leg. “Come on.” He stands to grab his bag.

“Finally,” I mutter, standing.  I grab my shit and head for the end of the car, Dad leading the way and Mom following behind.

The train station’s pretty. I mean, it’s always pretty. Every window has those flower boxes that’re filled with blooming flowers. It’s one of those kept-up stations where the building itself isn’t open to the public or a museum.

I’m 1000 percent certain dead bodies are being stored in there.

Oh, and we’re the only ones that get off.

“Do my eyes deceive me?” someone says. Mr. Harwood walks over the tracks towards us. “Paul! How’re you?”

He shakes my Dad’s hand. “Hi, Will. We’re good.” Dad looks him over, Mr. Harwood wearing his “summer shorts”, and asks, “What, you’ve already unpacked?”

Mr. Harwood nods, grinning. “Beat you down this year,” he says, laughing. “We wanted to restock for you guys since you did it year,” he says, holding his hand out to me. “Jackson. How was your school year?”

“That’s great, right?” he asks. “You were aiming for regionals last year, right? How'd that go?”

I’m impressed he remembered. I wouldn’t of. Then again, I see the guy once a year, so the fact that he remembers at all, I’m kinda touched. “Eh,” I say, shrugging. “Would’ve liked it even more if we actually made it to regionals, but...” I inhale. “Still, we were close.”

“Well, at least you accomplished something,” Mr. Harwood sighs, leading us through the covered pass-through of the station to the pickup truck parked out front. “Compared to you, Rory's done nothing with his high school career.”

“C’mon, guys,” Mr. Harwood says, loading our bags into the back of the truck.

The sun gets covered, and then I know why Dad whispered.

Half the shops are boarded up. A candy shop, two restaurants, a hardware store. Like another bad winter storm blew through and no one came back to rebuild. Some of the glass on the streetlights are gone. A few parked cars have “FOR SALE” signs on them. It's, like, jarring to me that South Aberford, a town I connect to being a summer town, looks terrible.

“What happened?” asks Mom. She’s more interested in D’Agostinos, an Italian place she and Mrs. Harwood like to go and get drunk at. It’s closed.

Mr. Harwood sighs. He gets in the truck.

Mom and Dad take the back seat, and I sit in the back with the window open so I can scream at them if I need to.

Driving through town is this, like, weirdly surreal thing. The streets are brick, the streetlights are black and look like they’ve been pulled from…like, London in the 1900’s. Most of the buildings look like they’ve been there for a hundred years already, except for two – the Heritage Theatre and the New Town Hall – which, I don't know when they were built but they just have that kinda quality about them. They just look new. Newer.

Most of the buildings we pass are empty, anyway. Shopfronts are brightly colored, but the insides are dark and dusty-looking. It’s like a bad Disneyland nightmare.

“What happened?” I hear Mom ask again. We turn onto the street with the theater. More stores are closed. I’m waiting for Mr. Harwood to say they’re filming a Depression-era film here.

Mr. Harwood sighs again. The car moves a little faster down the streets before we get to Lakeside Drive.

UPDATED 05/10/21: hi, everyone! this has been updated to reflect current edits (and some issues) i wanted to address! anyone who wants sneek peeks at the new chapters can head over to my Patreon to check them out! presently on chapter 3, with the rest of act 1 to follow when i can! 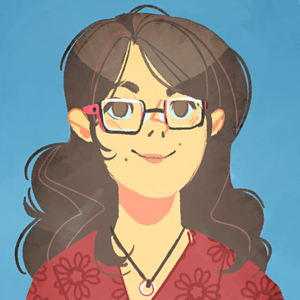 Yeouch, you punched me right in the millennial gut. I have to say that you have a very good writing voice; a lot of people kill to have an organic speaking voice, and you've got yours down pretty solid. There are a few quirks to Jack's speech that bump against the flow of the narration, but I'm not sure how much of that comes to personal taste. Either way, it's not worth picking and risking losing the good bounce you got going.