And I’m left wondering why Rory decided to be nice this morning.

The smell of garbage reminds me I need to go brush my teeth.

But it’s cold, and I don’t wanna get out of bed. So I slip back down into it.

Rory’s bed is already made. I don’t know when he had the time to do it. But it’s fucking flawless. Everything’s tucked in perfectly, the pillow’s fluffed, the sheets are flat.

I want to mess it up.

But I don’t, because the sliver of space between the bedframe and the mattress catches my attention. I crawl on my hands across to it, legs still under the covers, and slide my hand in.

Out comes a black book. It’s flimsy and scratched in places. There’s no words on the outside, so it could be anything. Knowing Rory, it could be the list of ways he’s going to fuck with me this summer. Looking at the door, I open it to the first page and begin reading.

Second journal. Don’t know whether to be proud or really fucking sad. I’m going to pick both.

I drop it and crawl back into bed. Fuck. Shit. I might hate the guy, but reading his shit isn’t okay at all. That stuff’s personal.

However, I do hate him.

I grab it from the floor and keep reading.

Summer was kind of successful. Princess in a constant state of being annoyed. Pushing him off the boat might've been what broke him, because every time I tried to go near him, he tried to punch me. Would’ve been more satisfying if he didn’t look like I was going to kill him. Not a pretty look on him.

Wow. Rory left out the detail some details of when he pushed me off the boat, while we were speeding across the lake, and while we were in a kinda shallow part. I could've broken my neck.

I skip ahead a few pages. It’s dated in the middle of September.

I’m kind of glad I’m not in the same class as Evan anymore. It’s just weird with him now, which wasn’t my fault at all. He’s doing it all by himself. And he isn’t looking at me either, which makes me feel fucking fantastic.
Worst comes to worst, I got fucking Murphy in my lab group in Bio. The dude’s lost half the time. He’s seriously the kind of person who’d apologize for not killing someone fast enough.

Wow. Rory’s just as bitter at school as he is here. I feel so special.

Mrs. Johannes is pregnant again, and Caleb isn’t in any of my classes or my lunch period. Feels like school’s decided I can’t be with any of the people I can stand anymore. I guess it makes sense.
I can’t wait for next summer.

I feel gross. Not because I’m reading Rory’s journal. I’m passed that point already. But because he actually looks forward to summer. What about hanging with Caleb and Evan?

I sigh and put the journal back. Standing up, I figure it’s time to go make myself ready for whatever Dad has planned. I grab some clothes and head for the shower. And I like the shower at the Cottage. It runs hot immediately when you turn it on, and I don’t know what kind of magic it is, but I fucking love it. And it isn’t too big or too small. It’s one of those tubs with the cool claws for feet.

So naturally when I turn on the shower and begin washing, the sight of it red and sticky makes me scream, and I fall backwards out of the tub and hit my head on the floor.

I fumble with a towel around my waist and unlock the door, crying. “The shower’s red!”

Dad steps past me and watches the shower spray watery blood.

Mom pups her head in and sees the red sticky streaks down my back. “Jackson, what happened?”

She sighs. “Jackson, you promised.”

“I didn’t do anything!” I shout. Dad’s stopped the water and is unscrewing the showerhead. “Mom, this isn’t my fault.”

Mom looks at me. Her mouth moves, and I don't hear it.

But I know what she says - “What did you do?”. And I’m so fucking angry that I want to scream louder.

We hear Dad. My hands’re shaking as he takes off the showerhead. His lips move, but I don't hear anything. He shakes the thing and wet drink mix comes out. The room begins smelling like cherry, and it's so nauseating that my skin crawls.

“Jackson?” I hear Dad ask. I almost can't hear him over the blood rushing around in my head.

The towel doesn't feel right anymore. It feels like it isn't touching me.

Mom moves me out the door. She hands me my clothes and gestures downstairs. My hair's gotten spiky from the sugar. My feet stick on every step. It feels like I’m walking over dried, spilled soda, and the feeling of my bare feet unsticking from the floor just makes me wanna cry. My clothes’re getting stuck on my arms. I can feel my hair’s bouncing in place. There’s this film on my skin. Like it's making my skin tighter everywhere.

I'm in the downstairs bathroom before I realize it.

The shower turns on, and I scrub myself with Mrs. Harwood’s loofa until my skin turns red. The film is still there. I can feel it. I make the water hotter. The room steams up. I don’t know how many times I’ve washed my hair, but at one point, I’m standing in a puddle of soapy water.

So I turn the water hotter. It’s scalding.

And it’s so steamy in here that it’s getting hard to see.

Something’s happening in the distance, but I can’t hear it.

It’s Rory. I put my hands over my ears.

He calls my name again. And I don’t care.

He’s standing over me, shower curtain drawn back with my hands over my ears. “Get lost!” I shout.

“Jackson, you’re wasting the hot water!” He reaches in to grab me, and then pulls back. Rory flaps his hand against the air. “Dude, it’s boiling.”

I pull the curtain back again. “I’m not clean.”

I press my back against the wall and kick him. “This is your fault.”

“Jackson!” Mrs. Harwood pushes past her son and reaches out for me. “Come out now!”

Mom and Dad find their way to me, and I begin screaming.

The downstairs bathroom probably sounds like a mass murder scene. I'm going to assume Jackson has anxiety or something of the like? 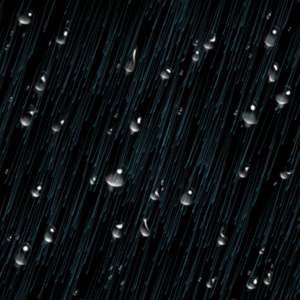