“Jackson, pass the butter?” Mr. Harwood asks. The other Italian place in town isn’t as good as D’Agostinos, but it has an open bar and is open past 9. I mean, personally, I wanted pizza from the place in Stafford Creek (which is the bEST FUCKING PIZZA EVER), but Mom and Mrs. Harwood weren’t interested in staying in.

Apparently it’s become popular before Ken and his family’re here. Or it also might just be the only decent restaurant in town anymore.

I pass the white dish and pull back quickly. My skin hurts, but Mr. Harwood assures me that I’m healing. I’m still covered in gauze, wishing I didn’t have to wear them anymore.

“Rory, stop,” I say, keeping my eyes down. He isn’t doing anything.

But it’s enough for his mom to look at him and glare. “Rory,” she says menacingly.

“I’m not doing anything,” he says, glaring at me.

I look away, and snigger at my lap. “He was kicking me.”

Dad sighs and turns to me. “Did he hit you in a burn spot?”

I love that these people hang on my every word now.

“I didn’t do anything!” Rory insists, but Mrs. Harwood looks frustrated. His dad looks disappointed.

He meets my gaze and glares at me. I look away. Ken’s watching me from his table with a “what-was-that” look on his face. I smile and bounce my eyebrows. He seems to get it because he smiles and mouths, “Tell me about it later”.

I finish eating my chicken.

After my gauze on my arms comes off, like, a week later, Mrs. Harwood insists we have a cookout. I still have some wrapped around the larger burns on my body, but they’re hidden under my shirt. I don’t feel as self-conscious about them.

Dad gets the barbecue fired up and buys five packs of hot dogs.

But no one cares.

“Okay, you’ve made your point,” he hisses in my ear. The moon’s rising over us and I’m sitting on the pier with my feet over the water. “Stop it.”

My nose wrinkles. “What, you can’t stand not having people believe you?”

He sighs and squats next to me. “Look, I get I went too far with the juice mix, but you’ve had your fuckin’ revenge.” He puts down his plate and ruffles his hair. “Please. Stop.”

I look at him. “I think that’s the first time you’ve ever really apologized to me. No.”

He grabs the collar of my shirt. He also grabs some of my gauze and I wince in pain. “Give me one good reason to not shove you into the fucking lake right now.”

“Because everyone is expecting you to do it.”

His breath catches and he lets go. Rory’s jaw clenches while he stands up. “Fuck,” he whispers.

And I lean forward into the lake.

He turns and I’m sopping wet, sitting on my ass in 2 feet of water.

Except instead of being angry, he’s scared. Rory’s hands shake in front of him, and I can hear his breath from three feet below him. “N-no.” He turns to face my dad and his mom coming at him. “I-I didn’t - !”

But Mrs. Harwood grabs him by the ear and pulls him inside.

Dad helps me out of the water. “You okay, Jack?”

He exhales hard, and runs inside to get a towel.

Through the windows into the living room, Rory looks at me. It’s not hate filled. And he’s not his annoyed with me. It’s like everything’s being sucked out of him. A lifeless corpse standing still.

I look away. He had this coming.

And that’s what I tell myself.

After the rest of my gauze on my arms comes off another week later, still needing to be lathered in aloe vera gel, Mrs. Harwood suggests we go for a hike up the nearby Mt. Wallen.

But Rory doesn’t want to go. He wants to stay back.

My parents make him.

Rory’s eyes stay down and he doesn’t say a word.

Neither do I. It doesn’t feel right.

This time it wasn’t his fault. I either walked into a spider web or something brushed against my back, and I freaked out. I tripped over a rock sticking out of the path and scratched up my knee. An amateur move for someone who’s gone hiking for ten years, basically, but still.

That’s all I say.

My mom’s eyes move to Rory, who’s a good five feet away from me.

And Rory flinches. Like he’s about to be smacked. But he doesn’t say anything.

“I-I just tripped, guys. I’m fine.” I brush myself off, and my leg feels dirty. My hands’re covered in gravel dust, and I can’t stand it. Mr. Harwood bandages up my knee with this cool compression thing, and then turns to continue up the mountain.

And I’m left behind with Rory.

He doesn’t say anything. His hands’re balled into fists and he either can’t look at me or won’t.

I look away and begin walking. He had this coming.

And that’s what I tell myself.

Rory goes back to the Cottage.

Something ISN'T right, I agree wholeheartedly with Jackson. Rory should've known this would come back to bite him in the rear, but my heart still hurts with the him just giving up and his soul looking so broken ;_; 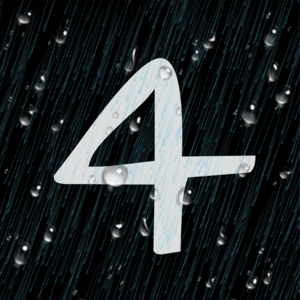