“You can’t wear that, No-No,” Vee said with a determined expression. “Pick something else.”

I rolled my eyes at her, “You know I don’t even want to go. What does it matter what I’m wearing? The place is a glorified bar. Who am I trying to impress?”

“I don’t care. No sweat pants, no tie-dye. Put on something normal. It doesn’t have to be cute.” Vee crossed her arms. There would be no room for negotiation, “You’re not ruining this date for me. I really like Elizardbeth.”

I huffed and plodded off to my room to change. I called out through the thin walls, “Please tell me her name’s not actually Elizardbeth.”

“It’s her username. She goes by Liz. But Elizardbeth sounds so much better.”

“You would think that.”

“She breeds bearded dragons,” Vee gushed. “And she grew up on an honest-to-God gator farm. Alligators! Can you even imagine?”

“Sounds like you’re made for each other,” I chuckled as I emerged from my room. This time I was wearing a plain gray turtleneck sweater and dark jeans.

“Perfect, let’s go. We can’t be late.” She practically dragged me out the door now that my outfit had been deemed ‘acceptable.’

Liz and her friend were already at the restaurant when we arrived. Vee pointed out the hand-knitted alligator scarf Liz said she’d be wearing as an identifier. She was indeed very pretty, with her long hair pulled back in a stylish braid.

“Hi!” Vee beamed as we made our way over to the table. Liz rose and greeted her date with a hug, before offering me a surprisingly firm handshake.

“You must be No-No,” she said, “It’s nice to meet you. I’m Liz, and this is Sid.” Her friend didn’t rise from his seat or raise his gaze from his cell phone, but he did bob his sandy hair in my direction and grumble something that could have been a greeting. Maybe.

By the time we put our meal orders in, Vee and Liz were already hitting it off. Vee’s lame jokes seemed to strike all the right chords, and they fell into easy conversation. I attempted to ask Sid some polite questions, but his answers were curt and he was unwilling to focus on anything but his phone. I wasn’t too offended, because I wasn’t interested in him either. At least I wasn’t going to be an asshole about it, though. Eventually I gave up trying to engage with him at all.

Bored, I looked around the restaurant. I took in all the décor, which was mostly faux-vintage band posters, before I settled on people watching. The next table over seemed to be getting into a heated debate over some television show character I wasn’t familiar with. I didn’t have cable, let alone premium channels. There was a group of drunk girls getting rowdy in the booth against the far wall. At the bar was—Emile? Oh shit. The lady at his side rested her hand on his shoulder familiarly as she leaned over him to shout at the guy on his other side. Whatever she’d said must have been funny, because they all erupted in laughter. Fuck,  his laugh was really cute.

The server arrived with our meals shortly after. Everyone else’s attention was occupied, and I was bored, so I decided to do something stupid. Nobody seemed to notice me pulling the server aside.

“That guy at the bar, the one with the black hair?” I gestured to Emile and the server nodded, “Whatever he’s drinking, will you bring him another one, on me?” I’d never done anything so bold before. I stirred my food around on my plate, but didn’t take a bite. I shifted restlessly in my seat as I waited for the results.

I watched him accept the drink, and the server pointed me out to him. Our eyes met, and I could only wave pathetically as I flushed with embarrassment. He immediately slipped away from his friends and weaved his way over to our table. My stomach twisted with nervous anxiety.

“Elle,” he said, as my table mates jumped in surprise. They hadn’t seen him approach, and clearly they hadn’t expected the interruption. Sid was too busy on his phone, of course. Vee and Liz were too busy making heart eyes at each other. The others stared at each other in slack-jawed shocked confusion as he spoke, “Thanks for the drink.”

I tucked my hair behind my ears, “Thank you for the ride the other day.”

“NO WAY,” Vee blurted out as understanding dawned on her, “Er—why don’t you pull up a chair?”

“I’m sure you don’t want me to intrude on your...date?” Emile smiled and his gaze fixed on Sid, who at least had the decency to look bashful, if only for a split second.

“It’s fine,” Sid responded in the blunt, disinterested style I’d come to expect from him. Then he returned to texting. Liz’s phone vibrated loudly a moment later. She checked the screen and then flashed him an irritated expression. ‘Really subtle,’ I thought.

“No, I really ought to be going,” Emile replied, “My coworkers are celebrating.”

“You should come to our friend’s New Year’s party next week,” Vee offered. She turned back to the rest of the group, “Everyone’s invited. It’ll be fun! Come, if you don’t have plans.”

“Should we really be inviting everyone to Tomie and Matt’s without checking with them first?” I asked, rather sensibly.

That was apparently all Vee needed to hear, as she then announced. “Then it’s a done deal! I’ll see you all there!”

“Elle can text me details. Thanks again for the drink. I hope you all have a lovely evening.” He then slipped back off to join his friends at the bar, and the rest of the group returned to their plates. The remainder of the meal was blissfully uneventful. When the evening finally drew to a close, we flagged down our waiter for the check.

Vee’s eyebrows shot up in surprise. “What do you mean, the bill’s already been paid?”

The rest of us gasped.

“Yeah,” said the server, “That guy from the bar, he paid for your table before he left. Tip and all. You guys are good to go.”

“Damn girl,” Liz laughed, “Tell your Sugar Daddy thank you from me.”

“H-he’s not my—!” I floundered. Emile had paid? Not just for me, but for all of us? Why would he do that? It was one thing to be generous towards me at work, but this was something else entirely. I had to talk to him. “I have to leave. Excuse me.”

“Chill out, I’ll drive you home in a sec,” Vee pleaded before glancing back to her date. She was obviously hoping for a protracted farewell. I was glad she and Liz were hitting it off, but I needed to leave.

“No, it’s fine. I’m close enough to walk. I’ll text you later,” I moved past the group to the exit without leaving room for argument. As soon as I was outside, I pulled out my phone and called Emile. He picked up right away, as if he were expecting me to call.

“Why did you do that?” I asked abruptly, not allowing him to greet me first. I needed to know.

“Ah, isn’t Christmas the season of giving?” He briefly hesitated, “I wanted to do it. I know that you’re saving up for a car.”

“But you didn’t have to.” I wasn’t some kind of charity case. That wasn’t how I wanted him to think of me.

I stood in silence, thoughts swimming as my breath fogged up in the cold air.

My heart was pounding out of my chest. At some point, my brain must have kicked into autopilot mode, because I was home before I’d even realized I’d started walking. I’d been so occupied with my racing thoughts that I’d not even registered how cold it was during the six block trek.

I marked this chapter mature ONLY because there's an F-bomb dropped. Sorry if you were hoping for something spicier! 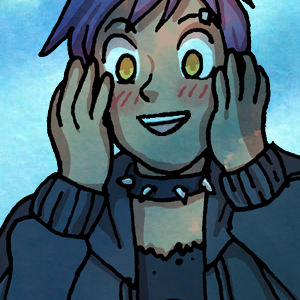