“I think you should try on the gray dress again,” Tomie said. Vee nodded in agreement from her perch on my bed.

“I thought you guys said it was too matronly?”

Vee waved me off, “You don’t have much else to work with. The sweater dress is too frumpy. And how many times have you already worn the black one? You don’t have time to go shopping for something new right now.”

Brushing past me to rifle deeper into my closet, Tomie called out, “I think we can make that last one work if we accessorize it right.”

I had asked the girls over to help me pick an outfit for tonight. It was the day before Valentine’s Day, and Em invited me to a swanky art gallery where a new show was opening. It was exactly the type of sophisticated event that I would picture a man like him attending. And now that I’d be by his side, I had to look like I belonged there, too. I needed to make a good impression to show everyone that I was just as mature as him, and in order to pull that off, I had to look perfect.

“What’s this?” she questioned as she plucked out a hanger.

It was a mesh wrap top with baggy sleeves and a tie at the waist. Rich pink floral accents popped against a navy background so dark that it was nearly black. “I bought that to wear over my bathing suit when we go down the shore this summer.”

She tossed it to me, “Try it on over the gray one.”

I slipped back into the gray cocktail dress and cast aside the one I had been wearing. That one had been my personal pick, but the girls had vetoed it. “I’m going to be freezing, this ensemble isn’t exactly seasonally appropriate.”

Vee hopped over to elbow me in the ribs, “I’m sure Emile will keep you warm.”

Tomie rolled her eyes as she draped the wrap over me and loosely cinched the waist. She’d really been trying to give Emile a chance, but I could tell she still wasn’t thrilled with him. I did appreciate that she was at least pretending to be supportive. She gently finger-combed my hair before turning me towards the mirror, “I think we found your look.”

I grinned back at my reflection. Since I was wearing contact lenses, my face was unobstructed by glasses. The floral pattern of the top added just the right amount of softness to the dress beneath it. The appearance seemed both effortless and chic. I looked so good that I barely recognized myself. It was exactly what I was going for. “It’s perfect.”

A few hours later, Emile also seemed impressed by my efforts. I could practically hear his heart skipping a beat when he first set eyes on me. He looked sharp, too, in a black suit and tie. He hadn’t shaved today, but a little bit of scruff made him look all the more handsome. He gathered my hands and kissed my knuckles reverently before leading us off for our romantic evening.

The gallery was absolutely packed, which I suppose was to be expected for a collection themed around ‘love’ opening on Valentine’s weekend. All of the featured artists were to be in attendance tonight, each with a separate space showcasing their works. The first room was rather unorthodox, I thought. There were several displays on podiums, each with two bird-like feathered creatures. At first, they were standing still with their gazes locked. The next, it was apparent from their stances that they were circling each other. The farther we wound into the exhibit, the puppets began to dance, with every set of frozen poses more dynamic than the last. Eventually, the two creatures were mashed together violently in a chaotic flurry of feathers.

“I don’t get it,” I admitted. They kind of looked like those weird marionette puppets I used to see at the mall as a kid. Em just shrugged.

The second room was more in line with what I’d been expecting to see this evening. The lights here were dimmed, with soft jazz audible over the murmuring of the crowd. Several canvases were pinned to the walls loosely, with seemingly random splotches of ink smeared across them. Each was labeled with a set of names. It seemed like the kind of absurdly simple thing that I’d associate with Modern art. At the end of the room, the artist was rolling around in a kiddie pool filled with paint, beckoning for couples to join her and then ‘memorialize their love’ on a canvas to be added to the display.

“You first,” I joked to Em as I gestured for him to climb in the pool with that lunatic.

“I think I’ll pass for today.”

We laughed as we entered the third room, but my smile soon faded. This one was even darker than the last, with gruesome anatomical paintings illuminated with spotlights. Some were tame, like simple anatomical hearts. Others were downright unsettling, like disembodied genitals and the torso of a corpse with its chest carved open. I could barely stand to look at any of them.

“What do you think, Emile?” a woman next to us asked as she clasped his shoulder in an overly familiar gesture. If she’d noticed me at all, she’d made no sign of it. It rubbed me the wrong way.

“Beautifully rendered, but terribly macabre,” he replied without looking, “Allow me to introduce my girlfriend, Noel.” He pulled me forward, putting me on full display. “This is Karen, the artist. We work together.”

“It’s nice to meet you. Your work is...interesting,” I said. What I meant to say was that I hated it. How could these ghastly images possibly fit the collective theme? But this was the first time I’d been introduced to any of Em’s acquaintances, and I’d be damned if I was going to be anything other than perfectly diplomatic. I could practically feel her appraising me. I offered my hand for her to shake, but she flinched away.

Her eyes raked over me, and I took the opportunity to size her up as well. She was quite pretty, for an older woman. Her curly brown hair was fashionably styled, and had streaks of gray running through it. Her makeup was light and natural, but her clothing was dark and serious. She’d look more at home at a funeral than at an art gallery.

She tore her gaze from me to cast a scathing glare at Emile. She spat at him, “What the hell are you doing?”

He grabbed her elbow to lead her away, “Excuse us for a moment.”

I could hear her asking how old I was before she fell out of earshot. Other bodies crowded around to fill in the space she’d been standing in, and I was left on my own. I stood in stunned silence for a moment, trying to process what had just happened. Whatever it was, this date was not going how I’d expected. When I regained my composure, I marched straight to the exit. Emile found me sulking there fifteen minutes later. He pulled me into a tight hug.

“I’m so sorry, Elle.” He reeked of cigarettes, it was obvious he’d taken the time to smoke before he came back for me.

“What was that about?”

“No shit,” I quipped. I’d seen enough of her paintings to know that much already.

“I should have warned her. About our age difference, I mean.” He looked pained as he explained, “Her husband recently left her for a younger woman. It’s got to be a sore spot for her. She’s very sensitive.”

I nodded in understanding, pressing my cheek into his chest. “Just take me home.”

“I’ll be right back,” he promised as he pressed a kiss to the top of my head. He jogged right off to pull the car around for me.

Moments later, I heard my name being called. I turned around to see that Karen had found me.

“Please forgive me for earlier,” she said, “I didn’t mean to upset you.” It was funny hearing her say that, because she was the one who was clearly upset. She looked shaken and sad, and in the better lighting I could see redness around her eyes.

“I didn’t really expect Emile to show up tonight. He rarely comes to these sorts of things anymore,” she smiled sadly. “You can’t imagine how surprised I was to see you with him.”

I clenched my fists and squared my shoulders, “He said you were a coworker, right?” There seemed to be more to it than that, and I wanted clarification.

“A coworker and an old friend. I’m just,” she paused, “I’m just concerned for him. Concerned for you both. What you have between you, I don’t think it’s healthy. He’s so much older, and you—”

“Listen lady,” I snapped, “I appreciate the ‘concern,’ but it’s not necessary. We’re consenting adults and we’re happy.”

I bit my tongue to stop myself from saying anything more. She was treating me like a child. I was not some vulnerable, impressionable sixteen year old being groomed by a predator. I was about to turn twenty six, for Christ’s sake. Em was only just barely ten years older. Why was this such a big deal to everyone these days? My dad was seven years older than my mom, and nobody ever batted an eye at that. This lady had her own problems and needed to keep her nose out of my business. Shouldn’t she be off mingling and boasting about her shitty paintings?

She looked completely deflated, and fresh tears welled up in her eyes as she looked at me. I almost felt bad for her. “I understand. I do. And I’m glad that you’re happy. But please, just be careful. If you ever need to talk, I’m here.” She dug into her purse and offered a business card with her contact information. I snatched it away and stormed off to wait for Em outside.

That Karen is an odd one, ey? 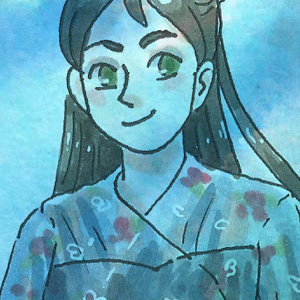