Back up in Crow's bedroom, Will sat himself down on the edge of the bed.

What am I even doing here still? Couldn't I have gone home?

Thinking to himself in the silence, all he thought about was home. And the more he thought, the more Will realized how sad he felt. How alone. His mother was dead. His father had forgotten him. His step-mother hated him and wanted only her son, Alexander, to shine in the eyes of Adell.

While thinking himself into a spiraling depression, Will stood up and busied himself with cleaning up Crow's room. He folded and put away all of the clothes, made the bed, picked up all the trash and discarded it into the trash can. He organized table and dresser tops, replaced shoes in alignment on the floor and even began to sweep the floor with the palms of his hands, on his hands and knees.

There was a soft knock on the door and it opened a moment later. "Hello~?" came a young man's voice with a happy curious tune.

Will looked up to see a young man with sunshine blond hair and eyes as blue as the pure sky. He didn't look too much older then 17, and had an energetic, yet sweet, smile on his face. And in his arms he held a tray of sweets-- several cupcakes, slices of pies, a bowl of strawberries and grapes, and a tea cup filled with Earl Gray tea with two small cups of honey and sugar cubes.

He frowned a bit at Will's sweeping the floor with his hands. "Oh! You shouldn't be doing that! You never know what Crow's got on the floor in here." He gestured to the tray, lifting it up some. "Anyway, I brought you food. I thought you might be hungry for some real food." He walked past Will, setting the tray on Crow's bedside table, that was now clear. Will shifted up, brushing his hands off on his pants briefly and then walked toward the blond.

"Oh, right! I'm Isaac." he smiled at Will. "I saw you earlier when you had made your great escape outside." He shook his head smiling, then sat himself right down on Crow's bed, making himself all comfortable. "They have no idea what real food is here- only sugary treats like this are worth eating when you're stuck in a boring dark place like this. Wouldn't you agree, Will?"

Will, baffled and surprised by how talkative Isaac was, nodded a bit. He picked up the cup of tea and put a few sugar cubes into it before taking a sip. "How... uh..."

"How long have I been here?" Isaac asked for Will. Will nodded a bit. "Hm, well over three hundred years by now, probably. Maybe even more!" He laughed a bit, giddy and happily.

Will stared at this blond. He was energetic and happy. The dark air of tension that hung over Crow didn't even seem to apply to Isaac.

"...You look happy." Will stated softly.

Isaac smiled at Will, brightly. "Well of course. I'd rather be here on the Threshold then in either of the other worlds. Sadness, pain, drama-- there's enough of that here. And I have no reason to remember all the pain and torture I was in before coming here. It's like just a bad memory now."

Will looked down at the tea, staring at his reflection.

"So!" Isaac interrupted Will's empty thoughts. "I'm sure you must be wanting to head back home by now, right?" Will looked up to him and then nodded. "Bah. What is there for you to go back to? Your mom's dead, dad's a lost cause and he's got his own family anyway. Why head back? You know how the world ticks now, and you could be much happier just hanging out here in the between~"

Will frowned a bit and shook his head. "I don't think so."

Isaac smiled again, tilting his head to the side. "Really? I'm perfectly happy here. Why wouldn't you be?"

Will looked up to him opening his mouth to reply but then swallowed his response when he saw that happy look on Isaac's face, and looked back down to the tea.

"Really, tell me, Will." Isaac said softer, with more compassion in his voice.

"Well, I'm not sure why you came here, but I'm here against my will."

Will shook his head, hanging his head more so Isaac could hardly see his face now.

"I mean, you are here now." Isaac paused, "Do you even wanna go home? Do they even want you?"

Will shook his head. "No... They don't. But..." Will paused, feeling his voice shake. Alarmed by the onset of the emotions and feelings he hadn't allowed himself to feel in four years, Will started to shove and push them back down as hard as he could.

Isaac frowned, "Then why even go back?"

They stood there in suspended silence for several minutes. Will thinking over his answer, and Isaac waiting patiently for it.

"It... It's my home." Will answered softly, but there was a firmness hanging on the final word.

Isaac pursed his lips, shifting his weight so he was teetering forward and back like a child on the edge of the bed. "Mm, I supposed I'd have to envy that." He paused, "Having a home, I mean. I never really had one. In fact, I choose to leave the world of the living on my own. Abuse, betrayal, greed, anger and sadness-- that's all I saw. Anywhere and every where around me. When I came here, I saw that the world really is more then just that. I may be in a Bind right now, but... It's nothing like before."

Will turned his head up, looking at Isaac. Isaac smiled at him, shifted and stood up. "Anyway! Here are some nice sugary treats for you. They're good for cheering up the soul and all that." He pointed at the pies and sweets, then took the teacup and saucer from Will and placed them back onto the tray, and then took Will's hands into his own. He stepped close to him, pushing their foreheads together.

"I'd feel bad if you went back to all that abuse and greed willingly." Isaac stated smiling at him. "Do you really want to?"

Will nodded a bit, looking down. "It may be bitter, and me just being stubborn, but...."

"But?" Isaac smiled, his blue eyes showing a genuine worry and heart for Will.

"But I'm...sure Adell's my father. I know it as a fact in my head, but I can feel it in my heart." Will closed his eyes, feeling them sting with the start of tears.

"You don't sound sure?" Isaac asked, leaning back so their foreheads weren't touching. He squeezed Will's fingers some to reassure him.

Will shook his head, hanging it down again. "I only know the fact now. I can't honestly recall any memories with him. Am I even his son? Or... am I someone else's? I just... I don't know anymore."

Isaac looked away, thinking how to respond as supportive as possible. Then he looked back to Will and forced a sweet smile. "Hey. It doesn't matter who your dad is!"

"Yes it does!" Will shouted, pulling his arms away, glaring at Isaac. "And why can't I remember!" He gripped his head, his fingers messing up the locks of pink hair. "Why isn't it there?!"

Isaac frowned, putting his hands on Will's shoulders. "It'll be there when it's ready." He smiled when Will looked up to him with another glare. "You'll see. What matters now is-- Crow's phobia of bedhead!"

There was silence between them.

Slowly Isaac grew a smile. "It's true, Will! Crow's afraid of having bedhead. Or anyone seeing that he has one. He's really funny about his hair looking a certain way. He can't stand it being all cute and fluffy and messy." As he said this, Isaac fluffed his fingers through Will's locks, fluffing and musing the curls and volume of his hair around.

"He's really cute about it too!" Isaac laughed as he played with Will's hair, starting to braid one section above his left ear. "If you even try to touch his hair at all, he ducks away from you! And he blow dries his hair and brushes it, and washes it every morning after running into the bathroom with a blanket covering his head so you can't see his hair!" He giggled and laughed.

Will grabbed Isaac's wrist, smiling a bit at him. "Maybe he just does it so you can't see."

Isaac laughed. "Maybe so!" He fluffed Will's hair around some, and then eased out the braid. "Anyway, how about we get you in the shower, hmm? You look like you could use some hot water on your face." He rubbed one of Will's eyes gently, getting the loose tears out.

Before Will could really respond, Isaac had dragged him out the bedroom and down the hall to the bathroom. He'd instructed to him about the shampoos and other soaps, told him about the towels and where to leave his clothes. And after a quick sprint out of sight, Isaac returned with some yellow pj-shorts and a long pj-button up top.

As Isaac returned downstairs to the kitchen, he noticed Crow picking at some pasta with a fork in a grumpy manner.

"He cleaned your room spotless, so you should thank him later." Isaac said smiling, sitting across from Crow.

Crow grumbled a bit, "How nice~ A servant cleaned my room cause he felt the need to. Bleh."

Isaac glared at Crow. He shoved the pasta onto Crow's lap, making the other yelp.

"You're such a jerk!" Isaac shouted, standing up. He slammed his fist down in front of Crow. "He didn't do it for some stupid reason like that!" He grabbed Crow's bangs tightly into a fist and held their faces together. "Think a bit before you say something laced with stupidity." Isaac jerked Crow's head back as he pushed him away and stormed out of the room.

As Isaac came up the stairs, he was pulled suddenly into Akiio's warm embrace. Isaac fought him for a few minutes, then settled down, and relaxed into the welcoming hold. He sighed heavily.

"You shouldn't lie to Will." Akiio said plainly.

Akiio stared back plainly with no compassion present, but it came through in his words. "If you had, you'd be tortured."

Isaac hung his head onto Akiio's collarbone. "I know... But... It's not fair that his head's getting messed with and we can't do anything about it." He paused, hugging Akiio around the middle. "Crow's right. I don't feel easy waiting in the shadows and watching as Will's head is freely being messed with in front of us. Can't we do something? Anything?" 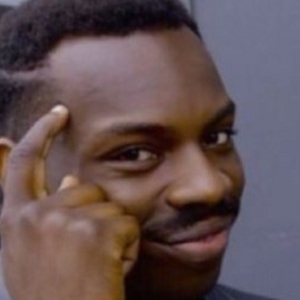 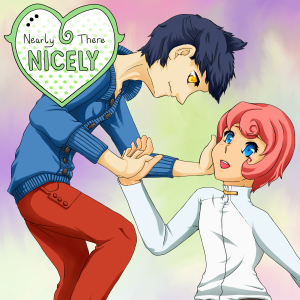