“I have discovered, through careful observation, that our planet completes one rotation at the same moment that it completes an orbit. The thought has occurred to me that rotation is not necessarily bound to orbit and perhaps it is the ale, but I have been imagining what it would be like to see the sun more than once a year. How strange it would be if it rotated faster. Might we then track days by the sun rather than the moon? What a ridiculous notion.” – Journal of Librarian Myriel

The moon hung high in the sky, bathing the dusty streets with its silver light. Dawn was yet far off.

The boy watched the bread. He knew that his chance would be soon, but he would have to wait for it. The shopkeeper was careful, but not careful enough. Without fail, when the moon was halfway through the sky he would turn his back to the stand and prepare his meal. It was a small window, but the boy knew that he was fast enough to snatch a loaf and be off before the shopkeeper could stop him.

The sandy streets of Seagrim were a gamin's paradise. Winding, narrow, and overgrown with stalls and shops where merchants and fisherman sold their wares. When the sun slept it was easy to run through the streets, snatch some food, then slip off to melt into the shadows. The boy had learned this on his second moon in the streets. After it became clear no merchants would take mercy on him, the boy decided they would not miss a fish or a piece of bread here and there. That was when he became a gamin, an urchin, as much a part of the city as its roads.

It had been two fulldays since then, and the timidity and fear at coming to this new city had all but vanished. The boy had learned to make it his home. His bed was wherever he could find a corner to hide in, his meals pilfered and stolen. There had been guilt when stealing at first, but as necessity drove him to do it over and over his conscience acquiesced. They didn't need it, it wasn't fair for others to have so much and not share. Besides, he never took more than he needed and only from the wealthiest.

These thoughts were running through his mind when the shopkeeper turned his back just as the boy knew he would. The gamin darted out from his hiding place and snatched the loaf.

“Hey! Get back here! Someone stop him!” But the boy was gone. He maneuvered under and around the various stalls with ease, slipping through the surprised buyers and merchants before they could register that he was a thief. The boy smiled and listened to the shopkeeper's cries fading away. He would be free soon. Just go around the book seller, turn a corner into the ally and-

“Oof!” There was a metallic clang. The urchin's head collided with something metal. Dazed, he looked up to see it was the leg plate of a city guardsmen.

“Got you!” The guardsmen reached out and grabbed the boy by the collar, inspecting him like a freshly caught fish. The boy kicked and the guard let out a cry. “Hey!” He called after the urchin running out of the alley. The boy was nearly around the corner when another guardsmen loomed in his path. The last thing the gamin saw was his boot.

“The kids?” The boy heard a muffled voice. It was dark and cold. He tried to get up but was held fast by an iron collar chained to the floor.

“I do not wish to repeat myself.” Another voice asked from outside the cell. The urchin adjusted the collar. He had been in the dungeon before. The watch in Seagrim didn't really know what to do with gamines, they would throw them in a cell for a few moons and let them go with nothing but an admonishment. “They must be younger than ten.”

“Younger than ten! But that's-”

“Show me.” There was a jingle of keys and the clink of a lock mechanism, then the door swung open. The gamin squinted at the light. He recoiled from the figure standing in the door, pulling the chain taught.

Those two eyes looked at the boy, the reflection of the flames dancing across them, and froze him in place and time. It seemed that the gamin might be frozen there forever. Perhaps he would become a statue, and this man was not a man but one of the beasts in the stories that could turn people to stone.

But the spell broke and the man spoke. The voice, although still calculated and severe, seemed to contain something different than when the man had spoken to the guard. The urchin realized that the black eyed one had probably spoken in such a way to the guard to get what he wanted. The words he spoke now were for a different purpose. “Dawn can still rise for you child. What is your name?”

Perhaps it was the words that he said just then, or perhaps it was the thread of pale hope that crept into the tone, or both - but the urchin was no longer terrified. He was still afraid, but it was a fear that was more respectful than it was hysterical. He found his voice. “Cavaar.” 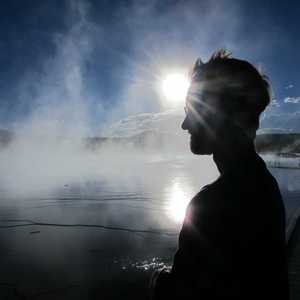 A prologue to introduce a bit of the world and one of our main characters. 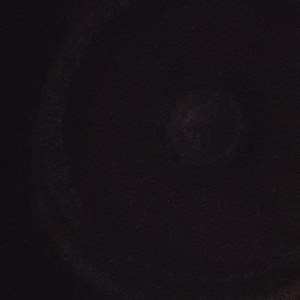 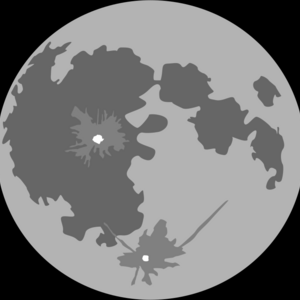 Every century the Black converges on the realm, bringing with It terrifying otherworldly beasts. No one knows exactly when or where they will appear, only that death follows. A group with a special connection to the Black are the only ones who can deal with the beasts. They call themselves the Blades of Dawn, and this is their story.

New chapters every Friday, or binge it by buying the e-book or paperback: 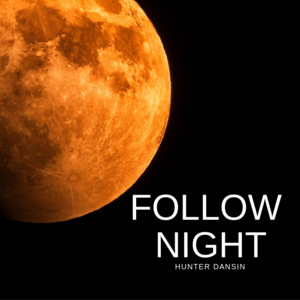