A young woman crawled from the middle of a megalithic lily. She stood upright, her heels resisting the hard coldness of a thick petal which had once been pliant and warm. Scanning the desert, she winced at the horizon where the rising sun kissed a waking world, making the sand blush. How something inanimate could express such intimation irritated her.

She looked to the flower beneath her. “Elishevera?”

Ossified petals sprawled in rigid curls over the wasteland. The woman felt as though she stood on a grand marine beast floating in a tawny sea, the bulk of its body hidden far beneath glittering waves. Stiff and frozen, the bleached flower’s face gazed upward. All around, spiny, crooked cactuses bobbed in the sand.

The woman glanced over her shoulder, toward the place she had crawled from. A stale gentle wind issued from the crevice where the petals converged at a thick stem. Within the narrow gap, located just beneath the surface of the ground, a receptacle existed—a tiny round chamber with walls which should have rippled and flowed with breath. Beyond that, a hollow stem with rows of tiny teeth descended deep, very deep into the ground. For all its similarities to a plant, Elishevera fed like an animal, grinding flesh and swallowing with a gullet that extended to the core of the world.

Flower beast: the only one of its kind the woman had created in any of her worlds. It had nursed a land of lush gardens and rolling plains dotted with copses of trees. It was a playmate, companion, and confidante during the woman’s adolescence. It was a sacred being.

An examination of the creature revealed no clues to whom or what had caused its death. While the desert shifted with a different type of life than what she originally cultivated, it also offered no answers. Rubbing her forehead failed to ease the ache in her mind or stop the relentless memories which had urged her descent into this world.

She had run away. To take a break from her realm for a little while, she told herself. To avoid her Mentor, too. Mostly she wanted to return to this paradise, where sunlight had imbued warmth into every blade of grass, tree leaf, and blossom. Memories of being revered by the world’s inhabitants and long, lazy days with Elishevera promised a happiness she had once known.

If not for her studies or the building of other worlds, she tried to convince herself, she might have returned to make note of its evolutionary changes. For an eon, it floated on an onyx pillar, silently spinning in such a way it seemed not to be moving at all. The stillness evoked disinterest and ignoring the 24-60-60 model planet with few technological advancements had become second nature.

“A zillion worlds are populated with humanoids that putter around twenty-four hours a day,” her Mentor complained. “What a waste of imagination!” He called the world generic.

She called it Elish.

Yet, for some reason, Elish—a culmination of creative efforts during her late childhood—had been assured a place in the Vault.

She thought it strange to watch Masters, Mentors, and Students scan the world, scratch notes in their fat books, and amble on to observe other nebulas or galaxies with more unique and sophisticated hierarchies of organic systems. No one ever spoke to her about Elish and yet she often caught them, her Master included, watching her as though she might do something terrible again.

Their behaviour intrigued her. She mimicked them peeking into the upper stratum of the planet’s atmosphere, tried to understand what they found so fascinating. Air whipped through every molecule of her being as she straddled the boundary between her realm and the world’s. Two states of existence fought for dominance. The sensation of being simultaneously colossal and infinitesimal always intrigued her.

She should have descended into the world more often, as was their custom. Yet, because she had spent the latter part of her childhood and all of her adolescence interacting with its early evolution, she had been instructed to let it be. She obeyed and moved onto studying more complex architectures, most of which she found tedious and unnecessary. Now, she needed to return. She needed to see her old friend again, to rekindle their connection.

Despite the passing of time, Elishevera would still know how to subdue Ule’s moods, no matter how dark; she was certain of it. The flower beast had told the best stories and exuded brilliance that rivalled the sun’s. Indeed, groves ripened and flowers blossomed in its presence long ago. The warmth of a single petal often eased Ule into long, deep sleeps, where she dreamed and enjoyed the love which flowed freely between them.

She wrinkled her nose and silently chastised herself for wondering if her Mentor, Ibe, could ever be receptive to a love from anyone other than himself. Instead of enjoying her impromptu dances, he much preferred to focus on this old world and its odd behaviour, and brought it back to the safehold of their Laboratory for observation.

She was surprised when no one—not even their Master—noticed the world’s disappearance from the Vault, but she said nothing. She delighted in Ibe toiling over her lacklustre work, basked in the attention his solutions provided. She followed his instructions, even obeyed him which went against her independent nature, for she finally had his attention.

Their conferences about the world had felt almost intimate at times. Ibe pointed out flaws in its design; errors, he called them. They weren’t worth their Master’s attention, he told her, and she didn’t mind that their Master knew nothing of their tinkering in the Lab. Ibe was finally attending to her work more than to the work of his other two Students. For the first time during their assignment to one another, since her childhood, she mattered again.

Just as Ibe had ignored her flirtations, she ignored his warnings not to interact with the world without his knowledge. She descended, air flowing through her as she shifted in size, her form pulling into something small and compact yet no different from how she regularly appeared to her kind.

Upon her arrival in the receptacle within Elishevera, she adjusted to the sensations in this new state of existence. For the briefest of moments, her heart stopped. The single, long heartbeat she was accustomed to quickened and changed to a double beat. Nerve endings doubled in number, increasing sensation as her flesh came into contact with other solid forms. And time, momentarily, sped up then slowed down until she acclimatized to the world’s spin.

She had remained curled tight lying on her side, anticipating the receptacle walls to ripple with energy and swell with breath. Anger boiled inside and she waited for Elishevera’s welcome in her mind—a soft, soothing whisper which would cut through her pain and simmer her mood. Instead, she heard silence, felt an absence of energy, and crawled out of the flower.

She squatted gracelessly, a toe trying to dig into the hard shell of the creature. Tiny and lithe, her long hair pooled into her lap blending in with the pale yellow of her dress. Her eyes burned, as she grazed her fingertips across the cold ancient beast.

“What happened to you?”

In the early dawn, Ule cried.

All rights reserved. No part of this book may be reproduced in any matter whatsoever without permission in writing from the author, except by a reviewer, who may quote brief passages in a review or critical article.

This is a work of fiction. All characters, events, situations, and references portrayed in this story either fictitious or are used fictitiously. 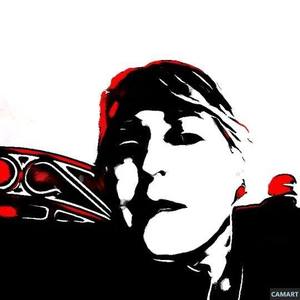 For readers who are just starting into the series, be assured that the entire novel is complete. Enjoy! 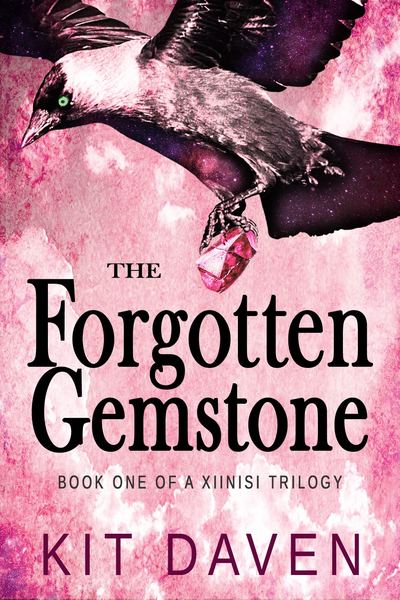 Book One in A Xiinisi Trilogy...

Ule is Xiinisi, a race of trans-dimensional world builders. Shunned by her peers and spurned by a love interest, she retreats into Elish, a planet she built during her childhood to provide escape and entertainment while being incarcerated.

Dismayed by the ill turn in Elish’s evolution since her youth, Ule attempts to return home only to be blocked by a mysterious force. In search of another way back to her realm, she discovers an unusual phenomenon never before expressed in worldbuilding:

After an encounter with Istok, a cactus demon determined to spread his brand of fear, Ule is bound by his magic. Transformed into a gemstone, she succumbs to a dream state. Upon awaking, she is thrust back into Elish where merchants and farmers struggle to recover from a one hundred year war, and even worse…

Ule cannot remember who or what she is.

Join Ule as she searches for clues to her true nature and identity in a world she originally designed to make her forget. 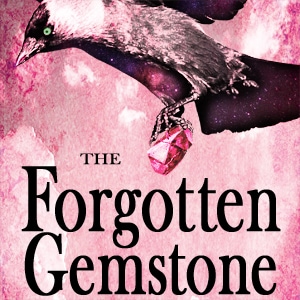