"The predator is gifted with skills to hunt; the prey, with instincts. A wonderful act of balance by nature"

Our department was still in mourning and I was gearing up to put an end to the 'El Diablo' case. It was when I got a call from The White House on the secure line.

What followed were direct orders. Apparently 'El Diablo' was bigger than me or my department to apprehend & with Frank gone I believed they were right. What rankling me was that the case was to be taken up by the 'Domestic Nuclear Office'.

I wasn't gonna question the direct orders, but I was at conflict, it was our case on the first place and just cutting us out was not fair to me, my department and especially to Frank who sacrificed his life working on the case.

My dilemmas came to an end when the order followed with the message that we would still be involved in the case but a new agent will be reinstated among us who would take upon Frank's work on 'el Diablo'.

Within an hour the door to my office unfurled and came through them marching 'Helene Greenway' with her regular gorgeous yet menacing no-nonsense look, one of the finest field agents of the domestic nuclear office.

I was expecting her, she would have been an obvious choice but not the one who followed her...

That cold, spine chilling voice like a hiss of a cobra, I am familiar with it.

Ex-Military intelligence, now this man could match Frank in wits but the personality is unbearable. Reckless, no accountability, defies direct orders of superior and a trigger happy manic!

Unlike Frank, he showed no signs of ageing, was clean-shaven except the moustache that appended to a more heinous look when he smirked.

I knew Dan as he and Frank both served in Iraq and Afghanistan later.

There was rage in me, but a protocol is a protocol.

“So they called off his suspension, that’s the best they got?” I took a dig at Blackman asking Helene.

With an equally resentful attitude towards him, she replied: “I guess their idea to take a maniac out is by sending another in”.

“If ya fellas are done with flattering me, how about you tell chief why ya here Greenway, spare the ol’ man from his curiosity & chief, ya still need to work on gettin’ priorities right”.

This is the exact reason no one likes this guy, he gives ominous vibes as if like he can read your mind and that follows with some scraping words in that ice-cold voice and that country accent.

Yes, I was curious why the case was transferred to the domestic nuclear office & Blackman as a hound sniffed it out of me.

“You know how Frank was martyred, right?” asked Helene taking the chair on right across my desk.

“Yes, he had leads about someone who fit the profile of the serial killer ‘El Diablo’, when he went on to investigate the house where the suspect was supposed to be at, It blew up into pieces, homegrown explosives coupled with an intentional gas leak,” I replied.

“We have found traces of radioactive poisoning in Frank’s autopsy,” Helene said and before she could say anything more she was interrupted with Dan Blackman's discourteous comment.

I couldn’t stand any longer, my rage took over my involuntary actions and with an upsurge in my voice, I roared

“You better watch that goddamn mouth of yours Blackman, or you are going to regret it”

The rise in tension broke out of my office; reached the department and two officers came in rushing. Looking at them Blackman said “Tis a private meeting way above your pay scale, getcha asses outta here!”

“You are not the one in command here you pathetic son of ..”

“Calm down chief!” Helene insisted firmly. Turning towards Blackman she spoke, “don’t get ahead of yourself Dan, you are here only cause you signed to play by the rules.”

The heat settled, on my nod, the offices left my office.

“Was it from the bomb? The radioactive poisoning?” I asked Helene.

“The bomb was clean, those were from exposure over a period of time, Our best guess since he started investigating ‘El Diablo’. The reply came from Blackman but not in his regular erratic behaviour rather in a consistent and confident manner and in a courteous way very unlikely of his own self.

I don’t like this guy one bit, he can be many things but not unreliable and incompetent. Helene was around in lead and Blackman stepping down from his egoistic self to take an order was far from enough for me to be convinced but in light of current scenarios involving ‘El Diablo’ and this new lead on radioactive poisoning I had to step above our differences.

“We are going to need access to Frank’s investigation files on the seven cases the famous 'seven sins' he solved involving ‘El Diablo’. Helene replied instantly, seemed like they had this planned from long.

There was hesitation in my heart but there was this instinct that spoke in the back of my head that if we were to fight the devil,  Greenway and Blackman were the archangels we needed gravely.

In the great war of heaven archangel Michael descended the devil with his spear. In this war, Michael was dead & all we have is Uriel and Azrael.

Director of the Federal Protective Service. 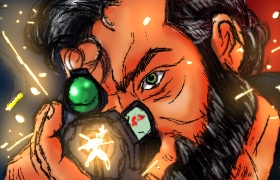 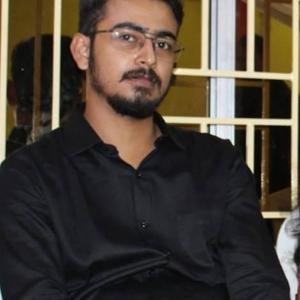 In this Journal Marlon describes the events after Franks death & introduces us with the agents sent by the white house to wind up the case. 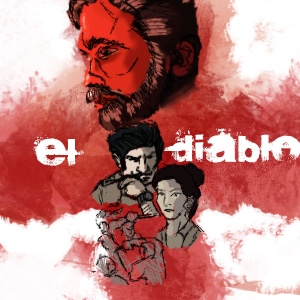 Frank McDon the finest of federal protective service is killed in action investigating the serial murderer El Diablo who is responsible for seven high profile murder.
Two new agents are reinstated to investigate further, soon secrets began to unravel. Secrets that are too dark, secrets that thin the line between good and evil.
Subscribe 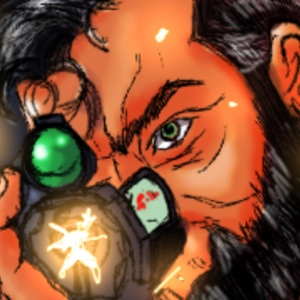