“Do you know why you are here?”

Francine had heard that question so many times, she was certain she could think up any answer and it could be correct. I let a flock of wild chickens loose inside the Kinder again. I stole Uncle Nikos’s hat and threw it into a gryphon's nest. I shoved Myron into the den of an owlbear. Okay, that last one might have actually happened. Her cousin had been acting strangely the past few days and Francine had no idea why. Maybe she did almost get him torn to shreds and didn’t remember it?

But the look on Father's face wasn’t its usual sternness. His thick, black brows weren’t furrowed together like a pair of upset caterpillars. His lips weren’t turned down inside of a deep frown, as if someone (probably her) had put salt instead of sugar inside of his lemonade again.

The setting also wasn’t as normal as it should have been. Rather than meeting inside of his private study, where Francine could listen to his rants and raves behind the protection of his walls, they were outside, surrounded by her entire family, in the Sinner’s Garden. Although the name made one’s imagination run wild with the implications, it was usually a peaceful place, one where a satyr could find tranquility and affirmation in the eyes of their god. However, among the sculpted shrubbery and specially-crafted statues, a judgment party had formed. Francine’s disgruntled elders sat with their canes across their laps under the shade of the garden’s towering trees. Her uncles, suspended in disbelief, surrounded her in a giant circle on the green. Her cousins, both young and old, watched with wide eyes and eager attention at the feet of their fathers.

Then there was Father himself. Francine had to give him props, he did look spiffy. His hair was at least combed this time, styled back to show more of his pale, bare face and even paler blue eyes. But that was where the familiarities ended. Outside of the fact that she knew it was him, the man that stood in front of her could have been a complete and total stranger. There was no light behind his eyes. His lips were a thin, white line stretched across a blank face. What stared back at her was a man void of expression, with his hands clasped tightly behind his back and his shoulders resting squarely on either side his bare chest. He didn’t move and hardly blinked, save to glance down at the large burlap sack that lied at his feet then back up at his daughter, who, unlike everyone else, didn’t have an air of seriousness about her. In fact, if he didn’t know any better, he would have sworn that she liked all of the eyes on her. It certainly would explain the gentle humming.

Francine rocked on the balls of her feet. She didn’t want to say that she was hesitant to speak, but could anyone blame her? It was as if she was on trial, with dozens of eyes eagerly waiting to see what she did next. Never in her life had that happened before. Pardon her if she was searching for the right words to say next, to offer them the entertainment that they clearly were searching for. Why else could they have been there?

Finally, after what felt like forever, Francine spoke, but she didn’t look at Father. Those eyes of his were freaking her out. Instead, she nodded toward the sack, where everyone else's line of thought immediately followed.

“I caught a mortal,” she replied.

A wave of gasps swept up from the crowd. Elders clutched their chests, children leaned closer. But Father stood steadfast, a boulder in the middle of a turbulent river.

“That is against our rules, daughter,” he said.

“Yet you did it anyway?” Father asked, quirking his brow.

Francine shrugged. “He was a long way from the mortal outpost, across Gray Run heading straight toward the Whitecaps. He would’ve walked right into the mountains had I not caught him in time. I had to teach him a lesson.”

“So you brought him into our camp?” someone shouted.

Francine looked toward the speaker and wasn’t really surprised to see that it was Brother Vasilis. With a small, bent body, wide-set eyes, and a face covered with bumps and wrinkles, he resembled more of an angry toad crossed with a salamander. Of course someone like him was going to be a stick in the mud.

“I didn’t bring him to camp,” she corrected him. “I deliberately stopped outside of the borderline and waited for a Guardian patrol to come find us. I thought that they would take him back to whichever pit he crawled out of. Instead, they and their two-bit mutts snitched on me.”

“Bah!’ Brother Vasilis brushed her off with a wave of his spotted hand. “I do not understand this tongue that you speak. You sound like one of them!”

Francine scoffed. “Better that than an old fogie.”

“That’s enough, daughter,” Father snapped with a hard stomp of his hoof.

Francine flinched. She had forgotten that he was there, but he didn’t. He still stared at her with the same amount of distaste as when he had first arrived. Although she didn’t quite have a taste for the audience (or a certain someone who was there in attendance), she had to admit, she was glad that there were witnesses. There was a period when it was just the two of them, her carrying along her catch and him walking beside her, where she actually feared him. His silence was deafening, coupled with his unrestrained anger that rolled down his shoulders like rain after a heavy downpour, and she wondered for a time if he wasn’t just going to chew her out. There were many times when she would overhear the Brothers whisper to her father about taking one of their canes and “correcting” her. But just because he had refused all of those other times, didn’t mean that he wouldn’t one day be swayed by their influence. After all, they were the oldest satyrs in their herd, and their influence stretched as far as their territories.

“He had crossed our borders,” Francine argued. “I didn’t want him going back to wherever he came from, thinking that what he had done was okay. Or worse, bring in his friends. So, yes, I brought him here. What would you have liked for me to do instead? Invite him over for tea?”

Like ravens to carrion, a chorus of outrage attacked her from all sides.

“Throw them both out!”

Only Father could quell the rising bloodlust. With a simple raise of his hand, the audience fell into silence. “Enough with these games,” he said. “Reveal the mortal.” 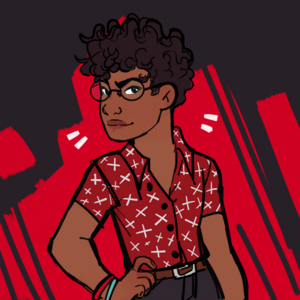 Well, someone isn't happy.
-----
Thanks for reading the latest chapter of "The Lost Child"! Here's our first look into our main character of this evening, Francine, of whom might be in a little bit of trouble (be prepared to see that a LOT lol).

If you liked what you read, be sure to subscribe and on the lookout for the next update coming soon! 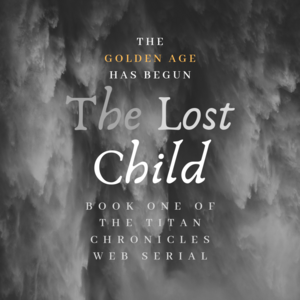 A girl with antlers and questionable history. A half-giant given an impossible task. A cursed child. A guilt-ridden murderer. A half-lion, half-man. A ruthless and false king.
******
Francine is different.

Not in the sense that she has freckles on her nose or dual-colored eyes, but in the fact that she has antlers growing from her head, an immeasurable amount of strength, and no clue where she came from. She doesn’t even have a last name. Nevertheless, she is shunned by the common folk, believed to be a blessing for monsters and a curse for mortals. Her only solace are the woodland creatures and their masters that keep her company.

However, that all changes when a chance encounter gives her the opportunity of a lifetime. A stranger, one of godly blood, mistakes her for the child of a long-forgotten king. Now the heir to an immortal throne, Francine is hurled into a world that she thought couldn’t be possible. But when a rival family member threatens her would-be throne, she’ll have to make an important decision: risk a civil war between a family that she doesn’t belong to, or reveal her true history, even if it comes at the cost of her own life.

Fans of Rick Riordan, Lemony Snicket, and Erin Hunter will enjoy this retelling of Greek Mythology's Golden Age, with a modern twist. 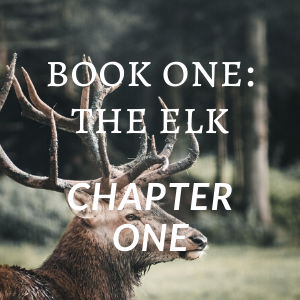