The grassy plains gave way to the rising slopes of the foothills at the base of the northern mountain range. Siobhan slowed Nyka and tightened her grip on her staff. She hadn’t bothered putting it away while she rode, she didn’t know how long before she met up with the lionesses and she wanted to be ready. When she reached the downward slope of one hill, she stopped.

Tents wedged between two hills circled a fire at their center. Women mingled in small groups, oblivious to Siobhan’s presence. Though it wouldn’t be for long, the wind had already started to shift and it was a matter of time before it carried her scent down into the camp. Their sense of smell was far greater than hers. She laid her staff across her lap, keeping her grip tight, and directed Nyka toward the camp.

A growl rose in the brush around her before a shifted lioness emerged from where she lay concealed. She followed Siobhan’s trot toward the fire. Goddess lioness shifters stank. It took all Siobhan’s will power not to cover her nose, an action that would offend the entire pride. The shifters in human form joined in the growls of the lionesses following her; they stopped their work and stood. Claws stretched from their fingers as they watched Siobhan, fangs ready to rip a hole in her neck if given a chance.

Wren hung from a spit, tied by his arms and feet around the wood. A rag stuffed in his mouth kept him from screaming when he caught sight of her. The fool shook against his post, but it wouldn’t budge.

“What are you doing here, Ice Fang?” a lioness asked. She held a blade damp with what Siobhan suspected was blood. Droplets sprinkled on her bare feet, staining them red.

Siobhan straightened in the saddle, but did nothing to move her staff or provoke the lionesses. Neither side would attack without cause, and Siobhan was badly outnumbered. “You have something that belongs to me.”

The lioness snorted and looked to Wren. “Him? We found him wandering the great tear in the earth.”

“Well, he belongs to me and I’d like to have him back.”

The lioness growled and licked the back of her hand. Her dark skin glowed in the orange flame of the fire. White tattoo stripes circling her arms glittered in the light, as did the signs of the tribal claw mark tattoo all lionesses had on the back of their shaved head. That tattoo symbolized the pride they came from, but Siobhan could only see the claws that wrapped around to the lionesses forehead.

Dark purple rippled with the near black of the clouds. Shadows dominated the trampled grass in the lioness camp. Siobhan hoped to diffuse the situation before they had only fire light to see by. Though her night vision was strong, it paled in comparison to the shifters. If there was to be a fight, Siobhan needed it to happen sooner than later to stand a chance.

“He belongs to us now, Ice Fang,” the shifter snarled.

Siobhan ejected the blades from her staff and lowered it to her side. “Then it seems we’re at an impasse for I’m not leaving without him.”

The lioness smiled as her sisters surrounding Siobhan shifted. Bones shattered as their bodies twisted and mutilated into the forms of the golden-furred lionesses. The sound made Siobhan’s stomach crawl. In her life, she’d seen a shifter contort and break into their inner beast multiple times, it didn’t make the sound any less disgusting. She once asked a wolf shifter how it felt to turn. He described it as having his body broken and pulled by stampeding horses while simultaneously being stabbed with a hot branding iron.

Siobhan went from a mix of humans and lionesses swarming her, to nothing but the rabid beasts eyeing their new prey. Only children, cowering by the tents and watching from a far, remained unchanged. A tremble coiled through her, but she straightened her shoulders and ignored the fear. Yet again, she found herself in a hornets nest because of Wren.

Nyka pranced under the weight of Siobhan, the other horses whined along with her. They must’ve sensed the hunger in their fellow animals. Growls filled the air, mixing with the occasional hiss. Siobhan dismounted Nyka and spun her staff. The growls rolled in unison, deepening as she stepped toward the un-shifted lioness. When she was close enough the smell of the shifter might make her pass out, she stopped.

“You know who I am,” she said, “and you know what I can do. I have no quarrel with you or your pride. Give me what is mine, and I will leave you to your peace.”

A smile twisted on the lips of the shifter, revealing her bloodstained fangs. She drug one of her sharp claws against her lower lip. “Yes I know who you are. I also know you won’t use your power in front of a human. You’re scared, weak, and I look forward to tasting you.”

Siobhan huffed. This was getting her nowhere. It would take only seconds for her to call on her magic. Seconds to end the life of the insolent shifters surrounding her. Her free hand twitched, debating on calling her magic. Doing so would negate the final changeling potion she’d drank. That was a fact she wasn’t ready to succumb to quite yet.

“What is going on out here?”

Neither Siobhan nor her standoff partner flinched at the new voice.

Ayla growled, barring her teeth before stepping back. Siobhan didn’t relax, though she allowed her gaze to move from the danger in front of her. The voice belonged to a woman emerging from a tent. Her tattoos shined bright against her dark skin, striping her like a tiger instead of a lion. Siobhan admired the fact the woman, with sagging skin jiggling from her arms and wrinkles decorating her face, was still comfortable to wear the lioness’s customary clothing. A strip of animal fur covered her breasts with a short skirt of fur hanging from her hips.

“Mother,” Ayla said and dropped to one knee when the woman passed.

“Apologies, Ice Fang, for my daughter’s behavior.” The woman touched a hand to her chest and bowed her head. “I am Briana, mother of the foothills pride. What seems to be the problem?” 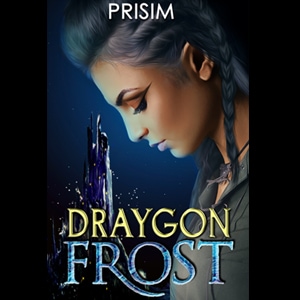