The city smelled of rot, the kind of decay that’s been festering in the very foundations upon which it was built. Years of human waste, secretion and garbage that had overlapped in the lower levels of this shithole. Streets were constantly slick from the muck and grime of it all. But people had a peculiar way of adapting to overlook such things.

Not Jean, he hated it. Hated the sound of lies and whispers that floated around, He hated the cat calls and the smell of how far they had fallen. He lived on the second level, right above the Slums, he could probably afford to live a few levels higher but by this point in his life he didn’t see a reason to move up. Besides, someone had to look out for the people here, seeing how they couldn’t do it themselves.

With a huff he put his cigarette out against the wall he’d been leaning on and pushed away. A sound of discontent escaping him as he stepped out from the dark of the alley and into a dimly lit street. It was misting out and as always just a bit too warm, making the already awful reek of the city now smell sour and boiled. He glanced around, it was still early, or late depending on how you looked at it. People here lived at night, pulling tricks and under dealing in order to survive. He was what passed for law enforcement here now seeing as only levels four and up had any real assistance in any criminal matters. Down here they had gangs, the Monrils and people like him that did what they could to maintain the order that was left.

“Oi Jean.” A voice called from a few paces back, causing the older man to stop and turn back.

It was a younger girl, scraps for clothes barely covering her developing form and ratty brown hair. She was filthy and looked like she had skipped more than a few meals. “Hey Rat. Your Momma know bout out here crawling these streets so early in the morning?” He stepped towards the twelve year old, his voice getting about as soft as it could.

She ran a dirty hand across one greasy cheek and just smiled. “We both know she’s the reason I’m out here old man.” She held up an unmarked white paper bag. Shaking it enough to rattle the contents around.

Jean took another step forward, he had to resist the urge to reach out and smooth down that messy brown mop she called hair, the only thing about her that reflected the child she was were her eyes. Blue as what a summer sky should look like and filled with a hint of her nearly forgotten innocence. “Told you to stop going over to Doc’s place. Your mom needs them that bad then she can crawl out of bed and over there herself.”

Rat’s mom was the scum of the earth, a washed up prostitute that now lived her days out in a drugged haze, leaving her young daughter to fend for herself, or worse sent her to the worst guy in these parts just so she could get a fix. If he didn’t have so many other things to worry about he would have just dealt with her himself. But in this day and age there was nowhere for Rat to go and her fate would lead her right down the same path her mother had walked.

God this world was a shithole.

“He’s not so bad Jean, he gave me a discount this morning and even let me have some coffee.” She offered him a toothy grin, she was missing a few teeth, he hoped just baby teeth that would grow back soon enough. She was too young to already be losing parts of herself.

“Doc is a quack and you know it, that guy hacks people up and sells their body parts.”That was probably one of the saner things the man did.

In Jean’s opinion the man known simply as Doc should have been put down ages ago, this world makes crazies. Creates evil people left and right, it’s not surprising considering how far humanity has fallen in the last sixty-seven years, but Doc was the cream of the crop. The man made monsters look like playthings, he was the truest incarnation of evil that Jean had ever encountered.

He was a genius, no doubt. In a world where you had to fight just to make it through a day, he thrived. He made a killing by doing just that, killing. He had the surgical skills of a god and had saved countless lives with them. He had created his own medical cocktails that wiped out infections and eliminated pain within seconds of taking it. In all the years Jean had known him he had never once heard of someone accidently dying on Doc’s table. However he was also known for his outrageous prices or demands for payment. He was very honest in his dealings so he always let his patients know right away that if they couldn’t make the cash payments then he gave them a chance to pay off the debt by owing him a favor.

Most died when he called in the favor, or if they tried to run away then he always found them. He would harvest them and save the parts for his next patients.

He was a mad man designed perfectly to survive in this new world.

“Jean, not everyone can be good.” Rat’s voice pulled him back from his thoughts. He looked at her as he lit up another cigarette and chose to overlook how old she had sounded when speaking those words. “We both know we are all going to rot down here.”

His eyes narrowed a moment as he stared at her, then he made a small click with his tongue against his teeth. Reaching out he mussed her hair even more. “Go home Rat, your mama’s waiting.” Not bothering to wait for her retort he took off down the road.

The girl stared after him, watching one of the only decent humans she knew walk away. Tears burned her eyes but she blinked them away in favor of turning and running back to her own hole of a house.

Jean chose to spend his first hour just patrolling the streets, streets still quiet from the previous night’s chaos. He let himself take in the few shops that would open within the hour, places that sold food or weapons. Some had poorly sewn clothing or mostly useless herbs that people grew on their window seals. Nothing here was fresh, in all his forty-two years he had never seen freshly baked bread or tasted clean water. Living in Level Two meant you survived on scraps and your own ability to catch whatever vermin you could find for a little protein. Sickness plagues most people here and even more people were turning to Doc to survive.

“Tch.” He curled his lip, wishing he could recall a time before all this. But the best he could do was latch onto the memories of stories that his grandmother used to tell him.

She had grown up in the Before, the time when they had utilized the globe. When you could walk outside and breathe fresh air. She had often talked about her farm where she and her late husband had grown fresh crops. Where they had raised their family in a safe environment. To Jean it sounded almost like a child’s fairytale.

Then the Plague had hit, wiping out billions of people. It had been fast and deadly with no pattern or even a way to abate the symptoms. According to the history that had been given to them it had been a virus that attacked the organs, decomposing them at an alarming rate. Sometimes it would wipe out an entire family, others it would just take one. No one knew why some were left safe but the only conclusion was that it was an airborne virus, it was almost alive according to the elderly that had lived to tell the tale.

When no cure could be found and mankind now on the brink of extinction the remaining world leaders had come together, utilizing their resources they began to build fifteen quarantine cities. The tallest buildings in history with ten levels for residents along with an under level for the mechanics and one top level for the programming and communications. It had been a slow process and of course they were placed based on their social standing society. By the time they became livable there was only a fraction left of the healthy population, shuffled into these safe zones until a cure could be found.

That was roughly seventy years ago and for the first three years within the cities things were ok, until it was announced there would be no cure.

That the cities were now the only safe zone. Dubbed as the Cylinder Cities it was made into the new laws that no one would ever be allowed outside of these walls again.

“Not like it matters to think about it anyway.” Was all he could mutter to himself as he pulled his thoughts away from a past that couldn’t be saved. It was all vague and fuzzy information anyways, just bits and pieces passed down from those long since put to rest.

Instead he focused on the building at the end of the road, the solid yellow door with windows that had little flowers painted on them. The building itself almost looked welcoming. It was the definition of how looks can be deceiving. He brought himself up to it, he kicked the door as a way of knocking. 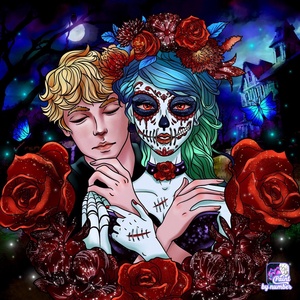 This is my first time posting, so I'm a little new to all of this, but I very much hope a few of you get some enjoyment out of this story!

I'll get better I promise! 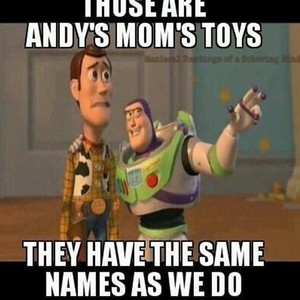 Wow, this is actually pretty interesting! 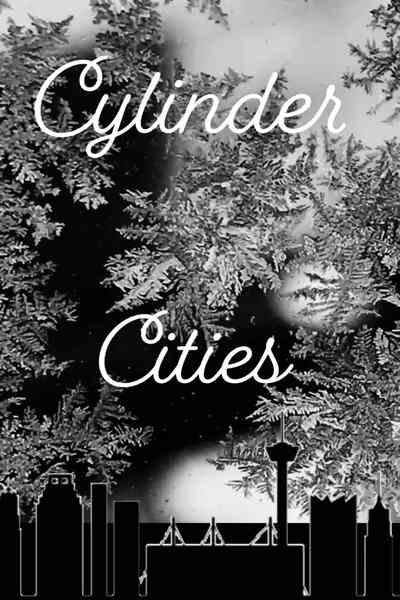 The global population has been reduced to a handful of what we call Cylinder Cities. Vast enough to contain several states worth of people, if that doesn't sound like much compared to how many of us exist, well it's not.
But choices had to be made in order to secure what little future we have left.
Once most of mankind had been wiped out, this was the only option we had left, or so we'd been told.
A fight for survival.
A fight for the truth.
That's what one "Cop" is placing his bets on. Tired of wandering the streets and watching more people die than he could save.
He is faced with an unwanted and very heavy burden. Now he has to ask himself, is he up for the task?
Subscribe 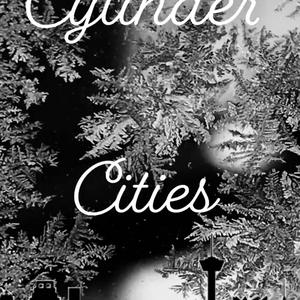