Inho jumped, releasing Jasmine’s hand. Nathan was back from his trip to the restaurant supply store, and they hadn’t heard him come in. He started to reach out to place a worried hand on Inho’s other shoulder, then froze awkwardly, lowered it and shoved it in his pocket instead.

“He’s fine, just hungover,” Jasmine said, and Inho breathed a sigh of relief that she covered for him, but then, “You guys should talk.” He shot her a glare of pure betrayal that she ignored.

“Definitely. Jasmine, can you give us a few minutes out here?” Nathan asked, and Jasmine pushed back the salt shakers she had been filling to make space for Nathan at the table.

Inho watched her walk to the kitchen with despair. Both Jasmine and Nathan had ignored his weak protests that he didn’t need to talk about anything.

“Inho listen, I won’t drag this out. I’m very sorry for last night. We both drank a lot, and I must have misread the signs. I didn’t mean to do anything you didn’t like, and I absolutely don’t want you to be uncomfortable.” Nathan’s words came out in a long rush, and Inho could tell he’d been rehearsing this speech in his head.

Nathan was desperately trying to catch Inho’s eye, but Inho stared directly at where Nathan’s hands were folded on the table in front of him. This was so professional, like a formal admonishment for poor behaviour. His eyes flicked up. Was he about to be fired? He hadn’t even considered it yet. He swallowed thickly, no worthy words of self-defense rose in his hangover-ravished brain.

When Inho didn’t answer, Nathan continued in the same brisk tone, “If you like,” he paused, hesitating, “We can just pretend it never happened. I don’t want you to worry about any repercussions here Inho, and if you felt...harmed in any way,” his voice broke slightly here, and went up an octave before returning to normal. “Then I understand if you would feel the need to leave. We can get you set up with–” Inho cut him off.

“No! Nathan, it’s fine! You didn’t do anything wrong. I liked– I’m not hurt. We were drunk; these things happen.” Oh god I’m talking so fast. “We’re ok; let’s just pretend it didn't happen.” Inho was babbling, saying anything to make this hellish conversation end.

“Okay.” the tension flowed out of Nathan’s face. He offered a small relieved smile. “Well, I know it’s only been a day here, but you did great yesterday, and I’d be really happy to have you stay. And please, if you’re not feeling well, you can head home early, okay?”

“Thanks Nathan,” Inho faltered, “And um, Nathan? I’m straight.” Nathan blinked rapidly, trying to parse that unexpected assertion. Then, he gave a stoic nod, and with a brusque tap of his fist on the table, signalled the end of the conversation.

“Absolutely. Well, I’m going to head to my office in the back, let me know if there’s anything you need.” With that he fled, sweeping past Jasmine who was obviously spying from the kitchen door.

The rest of the night, the residual humiliation of his conversation with Nathan made him want to heave himself into traffic. Instead, he threw himself into work, and determined to draw no more attention to himself at work, he was the very picture of a charming and attentive waiter.

It was an exceptionally busy night, a party of 15 came in for a birthday dinner without reservations, and the birthday girl proceeded to get messy drunk and have a screaming fight with her mom. Inho ignored how his head pounded through the racket, but took frequent feverish smoke breaks to escape the floor.

When at last the day was done, he finally relaxed his hospitality mask. He felt every part of himself droop, from his frowning mouth to his posture; even his hair was limp from sweat and the ambient cooking oil that seems to be everywhere in kitchens. With a fresh gloomy demeanor he plodded on aching feet to the liquor store, where he picked out a six pack of a cheap unfamiliar beer, and a fresh pack of cigarettes. Alcohol had gotten him into this mess, and goddammit, it could comfort him now.

Settling on a dark park bench, he sipped his warm beer, and glared at passing couples wandering by in the cool evening breeze. Though he was still downtown, the sounds of traffic were dampened here, and it smelled like damp grass and woodfire smoke. He allowed himself two beers and a cigarette to unwind before prodding at the ugly tangle of worry sitting in his chest. He wasn’t sure where to pull to start unraveling the problems he’d created last night. So at random, he let his mind settle on Jamie.

Did you FEEL the cringe? I sure did. 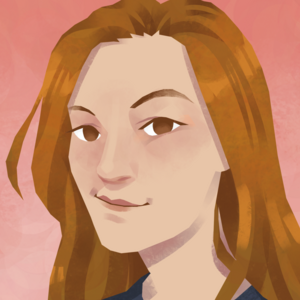 aw man I really like Nathan. I hope he becomes a buddy that Inho can talk to, at least. 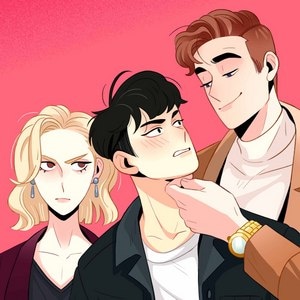