Two weeks had passed since Inho had met Jamie at her office. All in all, Inho felt like things between them were going well. They hadn’t fought, and when he was able to visit her on her lunch breaks, she was genuinely happy to see him. He brought her a treat each time, pastries or a sugary coffee; Jamie loved sweet things. He wanted their meetings to be a small window of joy in her day, because he was worried about her. She avoided going into details, but something was going on at work beyond the usual late-night overtime and client stress. She’d mentioned some legal stuff, and the word discovery, but she just shook her head and changed the topic when he asked her about it.

So he did what he could to offer some peace when they were together. Unfortunately, the days that he could visit were getting further and further apart. Since repairing his phone screen was unavoidable, and the ticket made matters worse, his meager savings had taken a hard hit, and his restaurant paycheck hadn’t come in yet.

Phone bills were crazy expensive here, a month’s data cost as much as two nights rent in his dumpy room. Even then it wasn’t enough to connect and stream movies or play games on his laptop. To get by, he’d taken on a job doing food delivery. It meant spending nearly the last of his cash on a beater bicycle, but at least he started working and being paid right away.

Money troubles aside, it was a solitary time for Inho. Other than customers, he found himself not speaking to anyone at all in a day. Jamie was too busy to reach out, and since his own days were now filled with work from morning till night, he had nearly no opportunities to see her. Jasmine was on vacation, and the timezone in Vancouver was nearly opposite for days and nights with Seoul, so his friends back home were never awake when he was free.

That night after his wet slog home from the restaurant (someone had snagged his umbrella), he stripped down to his underwear and tossed himself on his cheap bed. Since funds were tight, and there was only so much time you could spend on your phone before getting bored, he’d signed up at the public library after a delivery downtown. It was a huge building, and he’d wandered around too long before finding the fiction section. By then he was pressed for time so he grabbed some random sci-fi novels and a drama just based on the covers.

He snuggled into his blanket and opened the drama novel first. The cover was simple violet with a crown and the work King on the front. He read a few chapters. It was about a guy working at a club that falls in love with a shifty illegal art dealer. Inho’s eyes widened when he realized the romance was going to be gay. He hesitated, then curiosity piqued, he tentatively kept going. The art dealer was hot: suave and rich, tall and stylish. His hair was supposed to be dyed silver, but Inho’s mind subbed in a tousled auburn with blue eyes below it.

After a few chapters, he put the book down. The rich character was throwing his money around, seducing the reluctant bartender. If Inho was bringing Jamie to Paris instead of taking her coffees twice a week, she’d probably pay more attention to him too. He rolled onto his belly and stretched his arms over his pillow.

He was working so much now, probably over 60 hours a week. If he’d worked like this in high school, he wouldn’t be lying in this shitty room where the mold in the corner crept its blackness further down the walls with each damp day. If he was rich like the art dealer, he’d take her somewhere hot, like Hawaii. He didn’t even have to be as rich as the guy in the book. He bet Stephen could afford to take Jamie to Hawaii.

Inho was back to being suspicious of Stephen’s intentions with Jamie. Since he’d clarified that he wasn’t interested in Inho, Inho wasn’t sure how to feel. He pictured Stephen’s face again, staring deeply into his own eyes, smiling like they were the only two people on the busy street. He’d said he didn’t mean to come off oddly. What did oddly mean? Inho had been so sure he was being hit on.

He imagined Jamie by Stephen’s side. She didn’t come past his shoulder, his hand would have to reach for her waist. Inho was of a height to face him directly, wouldn’t even have to reach far to kiss him. The thought prickled, but Inho was just too exhausted and lonely to care, so he let it ride.

What would it be like to kiss Stephen – would it feel like kissing Nathan? Stephen had no beard to tickle his jaw and neck. Inho squeezed his lower lip, rolling it between his thumb and index finger. He was so lonely, and he ached, a full-body yearning to be touched. What would Stephen’s hands feel like on his skin, he wondered. What would his own feel like on Stephen’s chest? Inho’s breath quickened and his left hand drifted up to gently tease his chest. His pelvis bucked just slightly into the mattress.

What would Stephen look like out of those tidy tailored suits? He pictured Stephen's tight waist. With his musculature, he surely had defined abs. Inho’s imagination drifted lower like a lover’s touch. He put two fingers in his mouth to suck them, then wet his palm with his tongue and slipped his hand hesitantly under his belly, past the waistband of his boxer briefs. He breathed soft moans and whimpers into his lumpy pillow as he moved his hips, pushing into his fist, tight against the bed. It had been a while since he’d had the time or energy to do this. His fist moved faster– his other hand white-knuckle clenched around a fistful of pillow; his feet stretched, then his toes curled.

With Stephen in his mind’s eye, he made a mess on the sheets. 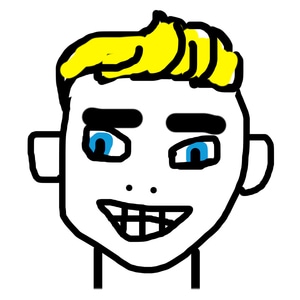 he better not be tellin people he's straight after this 😤 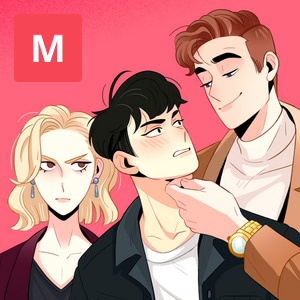