Wistful winds raised leaves from the ground and swirled them towards the stars. The Spring Equinox had swept wolfbane skies across the pastures, yet the nights still held a chill that caused Rosamund Kavanagh to draw her cloak up and around her shoulders.

Little Crestbury had finally fallen silent after days of celebration, with clovers scattered across the cobblestones and candle wax sealing the cracks within flower pots. Lamb's blood dried in scrawling shapes above door frames, sure to appease any malicious fae that may come hunting in the final turn of winter, and the heady scent of spring wine lingered in the air.

Each tap of Rosamund's shoes echoed through the empty square as she walked towards the edge of town, passing a patch of new season daffodils and the sandstone fountain that burbled a thousand thoughts away. She hurried down Fig Street, between a row of whitewashed houses with roof slates that spilt past rounded chimney pots. They were draped in the darkness of the westerly Wystwood forest, whose churning depths had been known to turn back many a merchant fearing to lose not only their goods but themselves amongst the thicket.

Four days prior, Rosamund had taken the forest road back from the old river city of Bristol, but tonight her feet felt for the fragments of the second route out of town. It was a crumbling path that cut through Little Crestbury's surrounding wall, into the farmland beyond it, and then up the hill for which the town was named.

Cresthill sloped above the town like a wave frozen seconds before it could come crashing down upon the housetops and chimney smoke. In the warmer seasons, its banks ran rich with wildflowers, and in the winter the soil slept beneath blankets of frost. Myths still held from the old days that the hill contained faerie magic within its stones and that a giant slumbered just below the earth, waiting to one day wake and level the ground beneath its feet.

Rosamund was not known to hold stock in faerie tales, let alone ones of magic and sleeping giants. But tonight was no usual night. Tonight, she would place her hope in anyone and anything she could. Her fingers found the locket at her neck, its gold warmed through from her touch.

It was fortunate that the equinox celebrations had lasted so long into the night, for there was now nobody out of bed to witness Rosamund slip through the town gate and steal across the pastures. No torches marked her way, though she didn't mind the darkness, as the shadows wrapped her in a cloak more deceptive than her own of deep velvet.

At Cresthill's base, the path began its incline, stepping stones not yet slick with morning dew. Spring grass cushioned her unsteady footfalls, and within minutes she had climbed half the way. She chanced a glance over her shoulder at the town sprawled out below. In a few more steps she would reach the bowed back of the hill and lose sight of its cottages. Her fingers flickered to the locket, and then away again. She continued to climb.

Little Crestbury was smothered by undergrowth as Rosamund rounded the hillside, but she didn't turn her head as she pushed through the bushes. And then, there it was. The well sat secluded within the hillock, built into the very soil of the slope as if inspired by the alcoves of St Paul's Cathedral. Ivy sprung and spread from holes between the well-stones, and a rope without a bucket dangled down one side. Patches of bluebells clustered around its base, swaying slightly as Rosamund approached.

Stories of the Wishing Well were as common amongst the townsfolk as tales of Cresthill, many claiming that they were linked in their connection to the fae world. Rosamund's uncle had sworn that the Faeries' Well held not water but magic within its depths, and indeed, as she peered into the circle of stone, the well seemed to fall far deeper than any hole in a hillock surely could.

For the third time that night, Rosamund reached for her locket, and she trailed her fingers along its worn curves. Then her hand curled into a fist and she snatched its chain from her neck. She clicked the latch open and, swinging into two half-hearts, the locket revealed the fading pictures of a smiling man and woman.

She paid no attention to the photograph of herself ten years younger, instead focusing on the man with curling locks and sea-stormed eyes. His mouth was swept up in a grin she hadn't seen upon his face in months, and she brought the cold image to her lips one final time.

"A gift of gold for the faeries," she whispered, as the locket slipped from her grasp and tumbled into the well. "I have come to make a wish."

Rosamund braced her hands on the uneven stones, and the world hushed around her. Nothing moved; no whisper of the wind nor patter of the locket into water. Life, in those moments, had ceased to exist.

A sheep, far in the distance, called out to its young with a frantic bleat. Rosamund straightened with a shuddering sigh, feeling foolish for placing her faith in faerie stories and child's tales. The sun was soon set to rise, and it would steal away her hours once again. She turned to take a step, followed by another, and emerged from the alcove onto the hillside.

"And what is it that you have come to wish for, Rosamund Kavanagh?"

A winter's chill shivered beneath Rosamund's skin, and her cloak slithered to the earth in a velvet puddle as she made up her steps from the Wishing Well in a leap that almost sent her hurtling into its depths. She stoppered her gasps and listened out for the voice once more. It had been so soft that were she to hear it again, she wasn't certain she could distinguish it from a passing breeze. But as it became clear that no such voice would speak again, she resolved herself to answer it.

"My wish... I, well—I heard that the Faeries' Well could grant a power that was not attainable in the human world. And my request... it is certainly not something that any healer or scholar could answer for me in a city even so far as London!" Rosamund stumbled over her words, her heart beating at a pace that was otherworldly in itself. Yet she continued on, more boldly now, "My wish is one of life. My husband is very ill, and I have sought out every doctor we can afford. But each day he grows weaker. I fear he won't survive the next turn of the moon unless I find a cure. There is nothing to be done for him in this world, so I seek the aid of the faeries. Please... please say that there is some help for him, I beg of you. Please... I love him..."

Rosamund's final words faltered out into a whisper. She had fallen to her knees at the edge of the well, white knuckles clutched around stone. The hush descended once again and a silence rolled like mist across the hillside.

"The request you are making, Rosamund Kavanagh, is of a very old and dark magic." The voice faded as if it had sunken into the waters of the well. "But perhaps there is something we can gift to you; an object you may whisper your wish upon that can manifest it into the real world. I must warn you, though, a gift from the fae places you in debt to our kind. One day, we may call for it to be repaid." Faint laughter seemed to bounce across the well-stones.

"Yes, please, I'll give you anything."

"Then our deal is struck. Make your wish as you like, Rosamund Kavanagh, but know this; just as the fae hold you to a debt, wishes, too, carry a price. And the price of yours is very steep indeed: a life for a life. The world exists in a balance of chaos and bedlam, and the consequences of changing it will be in favour of the natural order, not of yourself nor any amount of magic you may possess."

A wind was gathering in a far-off field, shifting the air as the words left Rosamund's lips. She stared into the well, then around the alcove, looking for any sign of magic. Of course, she hadn't a clue what she was searching for, as she had believed the fae to be a whimsy of imagination only moments before.

Rocking back on her heels, her skin brushed something smooth and cool that caught between her fingers and snapped apart with the faint tinkle of bells. A bluebell lay across her palm, small and narrow with a single head of lilac petals. Rosamund's breath caught upon its surface in a thin mist, and as she wiped it with her thumb, she found the flower was entirely crystalline.

"In glass spun wishes we have paid,

A faerie dealing you have made."

The rhyme echoed up and out of the Wishing Well in the shared words of a hundred different voices. Some sang soft and airy, as Rosamund had heard before, while others were deep and rumbling, shaking the marrow of her bones and sending her stumbling out of the alcove and grasping for her cloak.

The sun soared at her back as the young woman staggered down the hillock, cradling the flower to her breast. When she reached the foot of the hill, she pressed her back into the familiar grey stone wall, feeling each jagged edge bite down her spine as the sun caught her face in streaks of flaxen light. The farmers would be out soon.

Birds flickered across the sky and filled the world with their chorus. Rosamund let her soul drift up with the songbirds, swooping through the breeze and flying away from this place, this country, this world. Her breath caught in her throat as she raised the crystal flower to her lips, forming the wish in her mind. The wish that would save her heart's dearest love.

There was a pressure inside her and she lowered a hand to rub idle circles over her growing stomach. Then, in the drowsy sunlight of daybreak and with one hand still sketching a soft caress to her unborn, Rosamund Kavanagh closed her eyes to make a wish.

"A gift of gold for the faeries. I have come to make a wish." 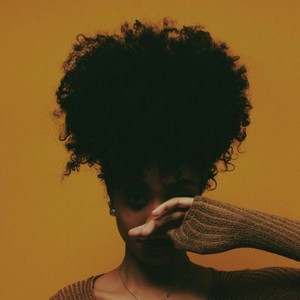 I will be rereading this book. I love it so much☺🥰 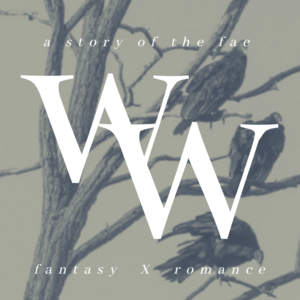