Voices competed to drown each other out as they floated up and through the rafters. They muffled the sound of the kitchen door creaking open two floors below, but Ada had been listening out for it and, knotting a final ribbon into the tawny plaits wound around her head, barreled from her bedroom and down the staircase. The wood groaned beneath her boots as Ada leapt onto the landing, almost knocking her father over as he emerged from the pantry.

"Careful, my love," he laughed. "Wouldn't want you breaking a wrist before the celebrations have even begun, now would we?"

"Aye, she's here alright. The old bird's ready to call in the spring with the rest of us, which is more than I can say for you, Ada. What is that, swamp-toad green?" Her father tugged on a flopping ribbon end.

Ada grinned and darted around him into the kitchen. The room was caught in a picture of mayhem, with pink icing dripping from the countertops and bunches of daffodils stuffed into milk jugs. The silver bells strung across the door frame were still jangling, setting off the bluebirds who sang beyond the open windows.

Stooped in the midst of it all was an old woman, whose white hair was neatly plaited on her head and speckled with sprigs of forget-me-not. As she unclasped the brooch on her velvet cloak, she caught sight of Ada from between the hanging pots and pans, and a smile rosied her wrinkled cheeks.

"Adalyn, my dear," Rosamund Kavanagh said as she forged her way through the kitchen and gathered the young woman into a hug. "Blessed be, this equinox."

Jack and Marie, Ada's youngest siblings, had beaten her to the door. Marie was cross-legged on the floor, the tail of her long plait dipping into a puddle of cake butter. She had grabbed the brooch from her grandmother's fingers and was now carefully tracing the bird carved into its centre.

"Gran brought presents!" cried Jack, running laps around the kitchen. He cradled a golden coin in his outstretched palms.

"Indeed I did," Rosamund said, reaching into a woven pouch and pulling out two more identical coins. She offered the first to Ada and the other to Jack. "Why don't you be a good lad and deliver that one up to Lucille for me?"

Jack raced from the kitchen. Marie followed close behind, leaving Rosamund's cloak in a heap on the floor and shouting that she should get to give the coin to Lucille. Their voices faded through the woodwork as they pounded upstairs.

"I also made rock cakes for you all, but the children seem far more interested in my coinage than my cooking." Rosamund produced a cake from a speckled tin and handed it to Ada. "Can't say that I blame them."

"They look delicious," Ada assured her, breathing in the scent of raisins and nutmeg.

"I do, in fact, have one more gift for you, Adalyn," Rosamund began, shuffling back through the kitchen to pick up her navy cloak. "Although I fear it may be hemmed with dried batter that will need the attention of a little warm water and soap."

"You can and you will, an old woman like me has no use for it any longer. I hardly leave my sitting room, as you well know, and my time for adventures has long since passed," replied Rosamund, thrusting the cloak into Ada's palms. "What better moment to give it away than on the equinox? A gift of the old transforms into the new with the turn of the year."

Velvet ran across Ada's skin like water beneath a night's sky. It was no secret that she had admired the cloak since she was a child, when she had dreamt up stories of princes wrapped in black furs, or assassins with a shroud of shadows.

"It's old, but it's served me well and has kept its condition despite the years. My most faithful companion." A cackle rattled around Rosamund's lungs.

"I'll treasure it. Thank you, truly," replied Ada, holding the gift to her heart.

The old woman smiled and took her granddaughter's arm, letting her lead them through the house and into the drawing-room. Half the family had already gathered, and sunlight streamed through long windows. Jack danced between their thin curtains, which fluttered in the late afternoon breeze.

Ada couldn't remember the last time the whole family had been together like this; within the same house and come together to celebrate the Spring Equinox. Rosamund always became reclusive around this time of year, not that she often left her cottage these days anyway.

Though curiously, only the week before, Ada had called on her grandmother's home on the outskirts of the town, only to find it empty. The cottage was set deep amongst the wystwood trees, built all alone amongst their dark branches. Ada had entered when her knocks were left unanswered and found the kitchen cool and damp. The herbs that Rosamund grew in pots had withered on tables layered thick with dust, and the bedsheets upstairs were unmade.

She had waited for hours on the steps of the cottage before her grandmother had finally returned home at dusk, her figure as frail as the wystwood trees and hobbling down the path from Cresthill. Watching through the evening mist, Ada couldn't help but think of the rumours that spread about her grandmother; that she was the mad woman who believed in faeries, that she carved her own broomsticks from the trees growing outside her windows, that her son was a changeling swapped within the forest at his birth.

Whispers circulated around the town about Rosamund throughout the year, but at this change of the season, as many rumours hung in the air as stars in the night sky. Children would dare each other to run into the forest and rattle her cursed door knocker, or steal a branch from the bushes she grew to use in potions and poisons.

Ada knew her grandmother better than to believe in such tales, but the thought that Rosamund had been visiting the faerie's hill alone only days before the equinox had left her face pale and her heart trembling.

She had greeted her grandmother warmly that day and accepted an invitation for tea. But Ada had not questioned her as to what she had been doing, even when evening faded into night.

For the first time in her life, Ada had been glad to leave the cottage and hurry back into town. The air had already started to warm with the turn of spring, yet a cold terror clung to her chest with an intensity she could not bring herself to fathom.

"As many rumours hung in the air as stars in the night sky." 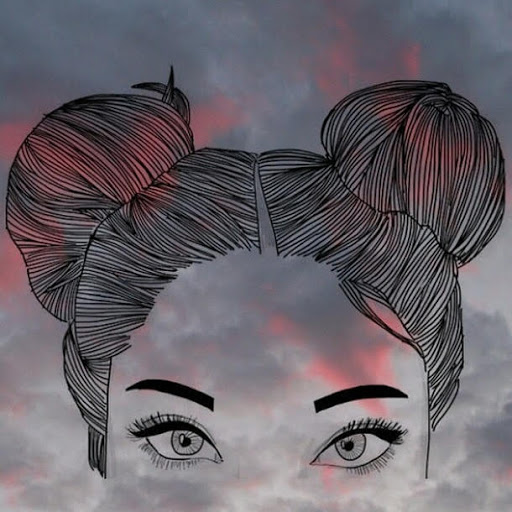 Ok, as a Nigerian I was surprised to see the name Ada come up. 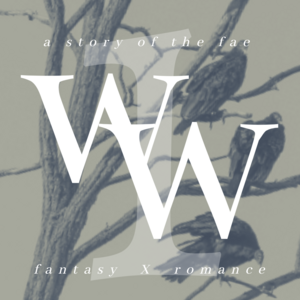