The trees flashed past in a withered wasteland. Brambles caught the hem of Ada's dress and snatched at the ribbons still loosely laced into her hair. But she did not fall and she did not turn.

Ada didn't even pause to catch her breath until the wystwood trees started to shift into sparsity and the sky stretched out in sanctuary above her head. The clouds were burnished gold in the newly risen sun and, for a moment, Adalyn Kavanagh felt at peace. She was curiously freed from her fears as her thoughts were carried away into the vast, unassailable heights of the morning sky. But Ada tumbled back to the earth as her gaze was broken by the abrupt outline of bare and rigid stone.

An archway loomed up from the grass and across the path, framing the sun between its two rounded pillars. The arch was finely pointed and, in the sunlight, its stone took the pale colour of bone. Twisted branches were carved into the pillars, and a matching serpentine script was etched down each of them.

The phrases held no meaning to Ada, but each short syllable seemed to weigh on her with a force greater than any word could naturally convey. Cold and brutal, the arch stood sterile at the peak of the rolling hills. But behind it, the earth dipped into a valley and ran down in meadow tides. Smatterings of daisies swayed around Ada's feet like sea foam, desperate to drift away, and, after a moment, she followed their current into the great beyond.

As Ada passed through the archway, she clutched at her new dagger, its ebony blade suddenly seeming far safer than the crude pillars. But the engraved words passed her by, and when Ada emerged the final dregs of the previous evening slipped away. The grass was green, the sky was blue, and the clouds were dappled white in the soft spirals of stolen sighs. But none of these colours belonged to her. Each one was painted from a palette she did not recognise, every shade mixed slightly differently than those that she knew. She was certain of one thing only; she had never walked this path before.

In the depths of her mind towered the man who had cornered her in the forest. His features were distorted into angles sharper than glass and his gaze pierced a black crack into her skull. Yet the more steps she took, the further he receded into mere memories. Finally, Ada's feet grew tired and she stumbled to the earth. Even the strange man's threats seemed distant as she sat, gazing over the grass that caught the sun like burning sage.

Ada turned the ebony dagger over in her palm, the dark blade draining the sun's heat as it caressed her skin. She dragged it across her fingertips, not hard enough to draw blood, but so that it brought warmth back into her numbed flesh. It had been held against her neck not much earlier, but the hilt now fit perfectly into her palm and the wood slid sleekly across her skin.

She had never been fond of knives, often leaving any hunting up to Lucille and cooking to her father, but this one cast a spell of security across her mind. It danced between her fingers, small and slight, but with a tip that could sever an artery. She slipped it back into the pocket of her cloak and felt the weight of it press against her ribs.

It swayed in the spot where her grandmother's letter must have been, a heavy reminder of what Ada had left behind. The voices at the Wishing Well had mentioned Rosamund. Their vacant tones had whispered of her as if they were reciting the concluding line of a poem, a final stanza before their words flittered out forever. Had she stayed at her grandmother's side, then perhaps none of this would have come to pass.

But even now the emotionless voices from the well droned in Ada's mind, recalling fragments of time and promises of debt. This moment had been provoked long before she had set out that night, and if her being here meant that her grandmother was not drawn into the same nightmare, then Ada knew she would never stop forging her way back home.

The grass trembled against her fingertips as Ada ran her hands across the earth. The ground was solid beneath her and the sky had not yet fallen. It was painfully close to a reality she wished she could return to, but with each breath of air that Ada drew into her lungs she realised that her grandmother had been right all along.

The fae did exist, and Ada was trapped within their world.

"The fae did exist, and Ada was trapped within their world."

Great story! You can broaden your audience by publishing your story on NovelStar Mobile App. Also, I am sharing your book in Facebook to help reach readers. 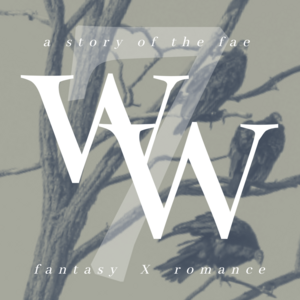