The old beggar's lips fell open in a silent howl. Her face convulsed and each of the scars across her eyes seemed to darken to an angrier shade of crimson. She held Ada's hand within a vice of her own fingers, cracked nails bruising Ada's palms. Desperate to pull away, Ada stumbled backwards and her boots caught on the hem of her cloak. Her gasps almost drowned out the lull of morning greetings drifting around a street corner, but at the sound of voices, Ada drew in a breath to cry for help.

But before she could utter a word, the elderly woman's shuddering abruptly ended and her neck snapped backwards. Her face was pointed to the sky, but the beggar's shoulders sagged and her body crumpled. She caved in on herself, slowing crippling back into a form of frail limbs and gossamer skin.

"Such a far way from home, young wishmaker," she said, her voice hoarse and rasping as she spoke to the sky. "The Stones held no mercy for you within their marbled hearts. But your tapestry is woven from fibres ever so fine, such promise hidden amongst the detail!"

She kept hold of Ada's hand, but relaxed her grip, her fingernails leaving tiny carmine crescents behind.

"So many names before you. The taken, the told, and the given. A love, a blessing, and a curse. But only one you seek. Only one borne from the others, forged in iron and salt and agony. Agony you alone will bring."

With each sentence, the woman had grown louder, though the more she spoke the less sense she made. Her chest was heaving as she finished, chin hitting her collarbone as she shrunk back into herself. Ada ripped her hand away and the old woman fell against the wall like a cloth doll. Her rags fluttered in the wind as Ada staggered several steps away.

A cackle spluttered from the beggar's throat and she dragged up her head as if it were sculpted from stone. The sun caught her face fully, each wrinkle creasing against the light. Her skin was sunken, clinging to an unnaturally pointed jaw and wasting away across high cheekbones. It took Ada a moment to realise that the sound she had made was an attempt at a laugh, which now rattled out between the woman's thin lips.

"So far away from home..." the beggar crooned, and from a gash above her cheek seeped a single drop of blood. But Ada didn't wait to see it fall to the ground. She felt a mirrored line of icy dread run down her spine with just as slow a pace, and without a second thought, she turned on her heel and ran.

Ragged breaths tore through Ada's lungs, and her feet kept time, pounding on the cobblestones as she fled down a narrow street. It was beginning to seem as if she would never have the chance to slow down, for the morning was only just beginning and yet Ada found herself once again fleeing from some ominous power. Though she was glad that she had chosen to escape into the city, as each sharp street corner cast more and more distance between herself and the portentous old woman.

The brick buildings spun past her on either side, dancing out an endless waltz of stone and mortar as she weaved from one alleyway to the next. It didn't take long for voices to start rising again like the smoke that curled from chimney pots. Ada rounded another corner, slowing her steps as she saw two women talking on the threshold of adjoining houses. They both wore simple beige dresses and their waists were cinched in with leather belts. Aprons dusted with coal hung loosely around their hips and no ribbons decorated their swept up hair.

They paid little attention to Ada as she approached, but before they could catch a look at her face, Ada drew up her hood and knotted its string. She could still remember the man in the Wystwood's stare. His eyes had been as hot as brands, searing her features into his memory. She rushed onwards with a shudder.

The air thickened as she moved further into the city. Out from windows swirled the scent of roasted chestnuts and fat lined pork, and from kitchen hearths came rushes of burnt liquorice and cedar. It mingled with the growing clamour of voices that blustered down the alleyways. Amongst it all was was a faint and constant chiming, and as Ada peered into the next street, she saw that it was strung with hundreds of silver bells. They rang out high above the cobblestones, swinging together like a flock of plated starlings.

Children bearing baskets of lavender and sage tottered down the cobbles, weaving between a bustle that was heading towards a grand plaza. There, people approached wooden stalls and unloaded armfuls of goods, while others embraced friends and called greetings. From around the corner, Ada watched a man fling open the ornately carved doors of a caravan, its wood painted the colour of her grandmother's freshly baked crumpets.

The square was a stark contrast to the beginning of Ada's morning, and it cheered her heart somewhat to see a world she recognised. Each fortnight, Little Crestbury would hold a textile and produce market within the centre of town, and though she had never seen one quite so vibrant, Ada felt a sudden yearning to join the feigned normality.

She took a moment to secure her hood, the heavy velvet easily falling around her face, and the ebony dagger swung in her pocket, its weight a small courage. Then she stepped onto the street, taking care to keep to the shade of house porches as she made her way towards the market.

A few vendors were setting up stalls on the outskirts of the square now, and Ada wandered nearer, planning to pose as a traveller who had lost her way in the city. Too many strangers had unravelled aspects of life today than she felt comfortable with, and the thought of introducing herself to another almost made her scramble back down the street. But now was the time for answers.

It was only when Ada had walked half the cobblestone road that she heard it; a muffled cry echoing down a shadowed backstreet.

"Such a far way from home, young wishmaker. The Stones held no mercy for you within their marbled hearts."

to many and than she seems ackward and confusing phrasing. Otherwise interesting forshadowing. Interesting blade detail from the last chapter. 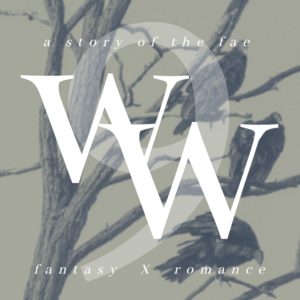