Balconies jutted into the alleyway and splintered shop signs stuck out between crumbling stone basins. Further ahead, ivy clung to one of the walls, almost concealing the lanky figure of a man that appeared to be grabbing fistfuls of the foliage.

Stepping softly into the backstreet, Ada wondered if he had been the one to cry out. Her cloak wrapped her deeper into the shadows as she crept closer, and now only a few metres away, she could hear him muttering. Each sentence was punctuated with a quiet whimper from somewhere within the ivy, and Ada tugged her hood back a fraction.

Hidden amongst the ivy was a young girl who couldn't have been much older than Marie. She stood petrified against the wall, her hair tangled into her smock's buttons. The man towered over her, and spittle was flying from his lips as he spoke.

The ivy around them shuddered and, wild-eyed, the child attempted to dodge beneath the man's arm. But with extraordinary speed, he whipped it down and grabbed her shoulder in a bony fist. Trapped in place, the girl began to cry.

"Take your hands off of her!" Ada exclaimed.

The man went still, holding the girl in the ivy as his stare swivelled to the side. His eyes fixed on Ada, unblinking like a gargoyle's, and though the street was shaded, she saw that he was almost twice her height. His tongue flicked across his lower lip, and he rolled his shoulders back as though they had been locked out of place. Dragging the girl with him, he slunk away from the wall. He was thin despite his height, sullen skin stretched across sinew as if there wasn't enough of it. He levelled his gaze with Ada's and a clatter of metal ricocheted around the alley from the chains looped around his neck.

Ada fought the urge to run. But the young girl was also looking at her now, watery eyes threatening to extinguish a flame of hope within them as she struggled against the man's grip. The air seemed too thin to breathe as Ada forced herself to face the man. Her hood fell back slightly, and a stray strand of hair stuck to the sweat along her jaw.

"I said let the girl go," she repeated, her voice bouncing across the cobbles like a skipping stone before drowning at the man's boots.

A shudder skimmed down her spine as the man's stare travelled over her body and then back to her shadowed face. She was suddenly grateful that the cloak fell so heavily around her, and tucked her trembling fingers between the folds of fabric.

"Who do you think you are?" he finally replied. "Get out of here, girl, before you find yourself in a real mess of troubles, eh?"

"Get your filthy hands away from her!" The bustle of bodies past the street's entrance was quickly fading into oblivion, as if the world were shrinking to fit only the three of them. "Or else... or else I'll shout for help!"

Ada said it as firmly as she could, though she was unsure how loud her voice could be when it felt as though her throat was lined with sandpaper. But for a second, hesitation flickered across the man's face. Then, he slammed the sole of his boot between the child's shoulder blades. The girl toppled forwards with a whimper, and Ada dived to catch her as both their knees scraped across stone. But before she could reach her, a great force struck her chest. The man had her against the wall in an instant, one elbow across her throat and his face so close she could smell the putrid breath straining from his lungs.

"This is your last warning," he spat, one boot coming down on the girl's smock at his feet.

Gasping for air, Ada scrambled against the man, dragging her nails down his arm with weakening strength. But the harder she struggled, the closer he pressed, and a sharpness began to pierce into her side. Her fingers fell to her chest and the weight that hung there. Yanking back the folds of velvet, she felt the smooth body of the ebony dagger. It seemed to materialise from the shadows as she drew it out and brought it to the man's long neck with a jerk of her wrist. "Get. Away."

The man's breathing hitched and his body went rigid against her. His elbow eased from her neck and his boot rose from the girl's smock. He took a step back, but Ada kept the knife trailed along his throat, fighting the tremors running down her arm.

She shuffled away from the wall, keeping her body between him and the child. But the man backed swiftly away, eyes latched onto the knife as though they were all revolving around it by the force of dread alone. He spared a last look at the girl, words merging together as he choked out, "You'll be in hell sooner than you think. You'll be burnt in fire and the taste of your name will be bitter on the tongue of history." And then he fled, footsteps soon fading into darkness.

Ada shivered as she unfurled her fingers, careful to keep from slitting her palm as she shoved the dagger back into her breast pocket. She sunk to the ground, equally for her own benefit as well as to check the girl. Dried tears stained trails down her deep brown cheeks, making her face shimmer in the half-light as she stared up at Ada.

"Who are you?" asked the girl, her hair a bedraggled halo around her head.

Ada could only stare in silence, trying to piece together the girl's words as air scorched her throat. Her hood had fallen back and its knot hung limp. She knew they were sitting defenceless in the street, but her strength was drifting away in weary wisps. Ada tried to focus on the child, but could only see her furrowed brow as she shuffled closer. The hem of her smock fluttered across her purpling knees, though she didn't seem to mind as she reached out a hand.

Careful fingertips traced from Ada's cheekbones to her jaw as she traced the shape of her face in rapt fascination. Ada couldn't help flinching away, immediately regretting it as she remembered the child sprawled out across the pavement only minutes before. But the girl appeared unphased, studying her like the owls who stared out from the Wystwood at night.

"Are you lost?" she asked, words becoming clearer now as her voice swelled softly in Ada's ears.

It was a strange question to be asked, and Ada was sure that their conversation should be running in reverse. But her thoughts swirled inexplicably away as the child laced her fingers between Ada's and tugged.

"C'mon," she said, rubbing a wrist across her cheeks in a failed attempt to wipe her face clean. "Let's go and find my papa."

"You'll be burnt in fire and the taste of your name will be bitter on the tongue of history." 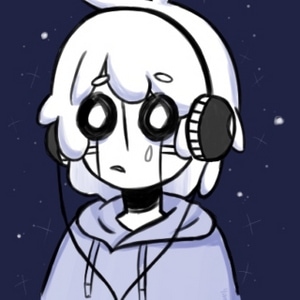 This was a beautiful chapter. 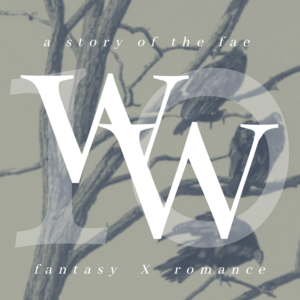