The man looked as though he had been built from a maple tree. Long limbs banded around Min like branches, and mud was smeared across his skin, likely left behind from the unwashed plant roots laid out across his table.

"What happened to you?"

"Sorry I was gone for so long, Papa." Min wriggled against his hold as he examined her purpling knees. "But look who's come back with me."

The man, who Ada now supposed was Florentin, focused on Ada as if he had only just noticed her. He placed his daughter back onto the ground, peering closer as his smile faded away. Ada was beginning to wonder whether she had made the right choice in taking Min back to her father, or rather, following her back; perhaps her presence in the alleyway had been all the help the girl had needed after all.

Florentin edged around the table, keeping a wary distance and eyeing Ada's heavy cloak. "And who might you be?"

"Adalyn," Min piped up, her hand immediately flying to her mouth as if she had just revealed some great secret.

"Min!" he said, voice rumbling, though his cheeks were beginning to pale. Min fell back in a fit of giggles, ignoring her father's glower.

Ada felt as though she was missing out on some awful joke, but the mystery was momentarily quelled by the booming of a far more pressing question. "I don't... I don't remember ever giving you my name?"

"You went searching for her!" Florentin jerked around to face his daughter, giving her no time to answer Ada's question. "You swore by the stars that you wouldn't!"

Her wide eyes sprang to Ada, leaving her gaping as she tried to make sense of the spiralling conversation. "I suppose I did, but—"

"She found me down Hempstock Street. I thought it might've been a quicker way back from the canal but I s'pose one of the Hounds must've followed me up."

"Gods." A shadow was falling across Florentin's face as clouds rolled in blankets across the waxen sky. "What happened?"

"Nothing!" Min turned chipper again as she ran a hand through a frothy posy of parsley. "Adalyn scared him away and I'm indebted to her goodwill. She's the one, Papa. She'll help me."

The three of them stood silently, the marketplace fading into a gauzy lull behind them. A bright smile beamed across at Ada from Min, while her father's face seemed to be collapsing in on itself. The scent of lavender wafted around Ada, swirling in snatched echoes of her grandmother's perfume. She felt dizzy, thinking of all these people who knew far more about Ada than they possibly should. The lavender's thick stench was choking the air from her throat.

"You can't!" exclaimed Min, springing up as though the thought of Ada leaving hadn't ever occurred to her. "You have nowhere else to go!"

"Stop saying things like that!" Ada cried. "Stop speaking as if we've met before. How could you possibly know anything about me?"

Min's eyes swam with a sorrow almost as desperate as the one that was clawing between Ada's ribs. She had regained her look of heartbreaking loneliness, and Ada's temper smouldered away. All she could see was her little sister standing with her at their garden's gate.

It was a surprise, then, that when her father spoke next, it was not to Min but to Ada. "Let us give you shelter for the night. If you saved my daughter as she claims you did, then let me repay her debt."

Florentin looked revolted by his words, as if they had been dragged out of him by a hook forced down his throat. But his eyes were earnest in their solemn gaze, meeting Ada's with a spirit as fierce as his daughter's.

Florentin's face slackened, his eyes falling to the mussed head of his daughter. "Then stay. Eat with us this evening. You will have my protection for the night and we'll answer what questions we can."

With nowhere else to go, and the world threatening to collapse under the fissures that splintered through her mind, Ada nodded her head. The marketplace felt a mile away, a hum beneath the sound of Florentin's footsteps as he approached her and stretched out his fingers. Her sleeve slipped back across her wrist as Ada's hand met his above a bundle of basil. The scent of lavender that clung to his shirt was laced with coriander, and beneath that was the earthy smell of freshly turned soil. The fragrances should have been familiar to a woman raised in a small countryside town, but in each intoxicating burst, they delighted in a world where even the plants sprouted from a different bed of earth, and danced beneath a different sun.

"For helping my daughter, I thank you." Florentin had lowered his voice to reach Ada's ears alone. "Truly."

Ada nodded once more, not trusting herself to speak as she wished for her own father's hand within her grasp. Some sliver of longing must have slipped from her face, for Florentin's expression had taken on a resolve that resisted his underlying unease. That, at the very least, was a blessed gift.

Ada's free fingers pulled back her hood in response, so that she could meet his gaze with equal sincerity. But at the sight of her uncovered face, Florentin's breath choked in his throat. He didn't step away, but withdrew his hand a moment too soon, his fingers flickering back and curling into his palm.

"It would be best to take her into the caravan, Min." He eyed the window. "There is nobody needing your assistance today anyway."

Min bounded up to Ada, cheeks flushed and grinning. This time, she didn't grab her hand, but instead stared up at Ada's face, now framed by the hood's swells of velvet.

"I've been waiting for you for so long," Min said, her voice dropping to a whisper as the words tumbled from her lips. "The wind told me you'd be the one to bring back the magic."

"The wind told me you'd be the one to bring back the magic." 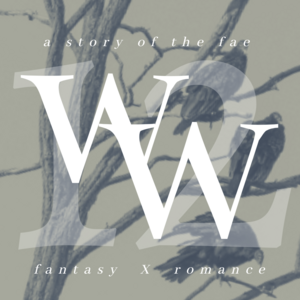