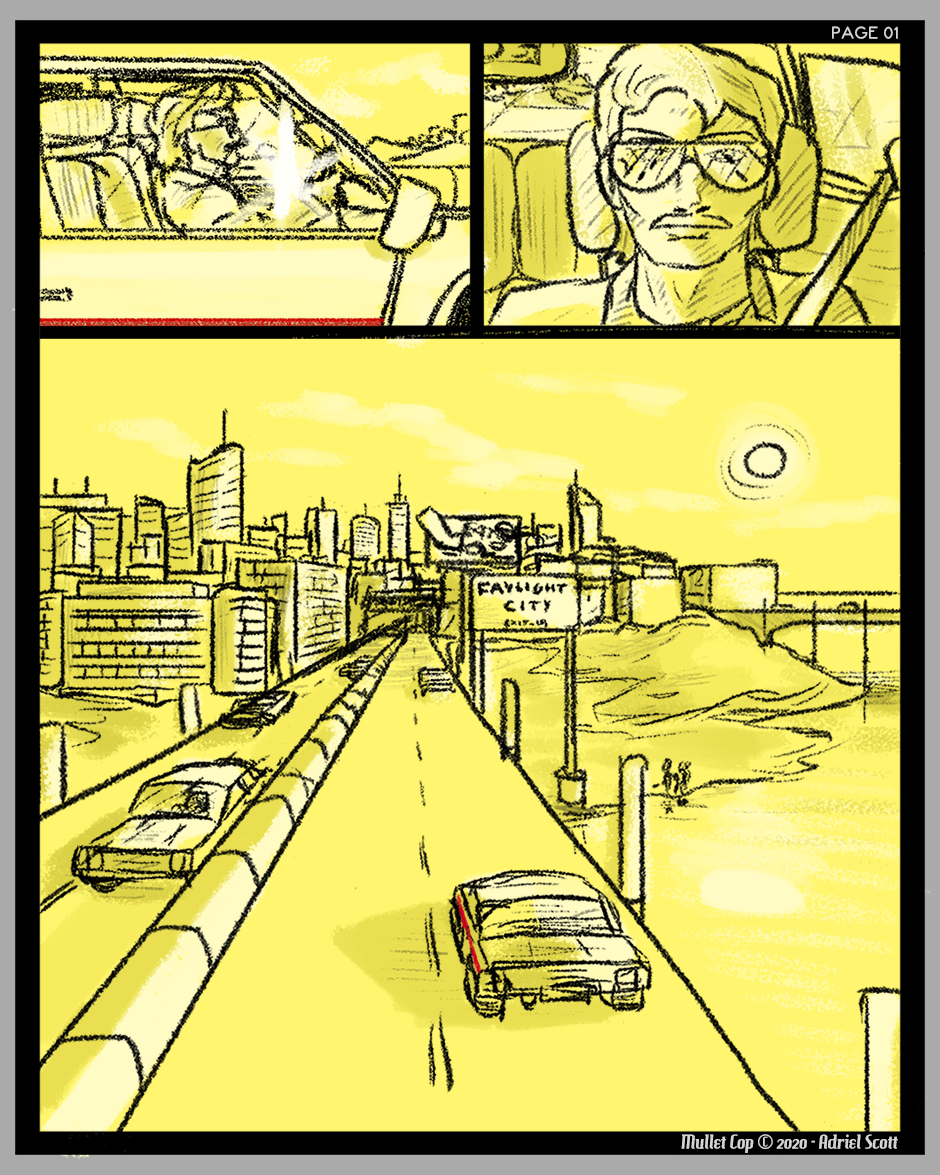 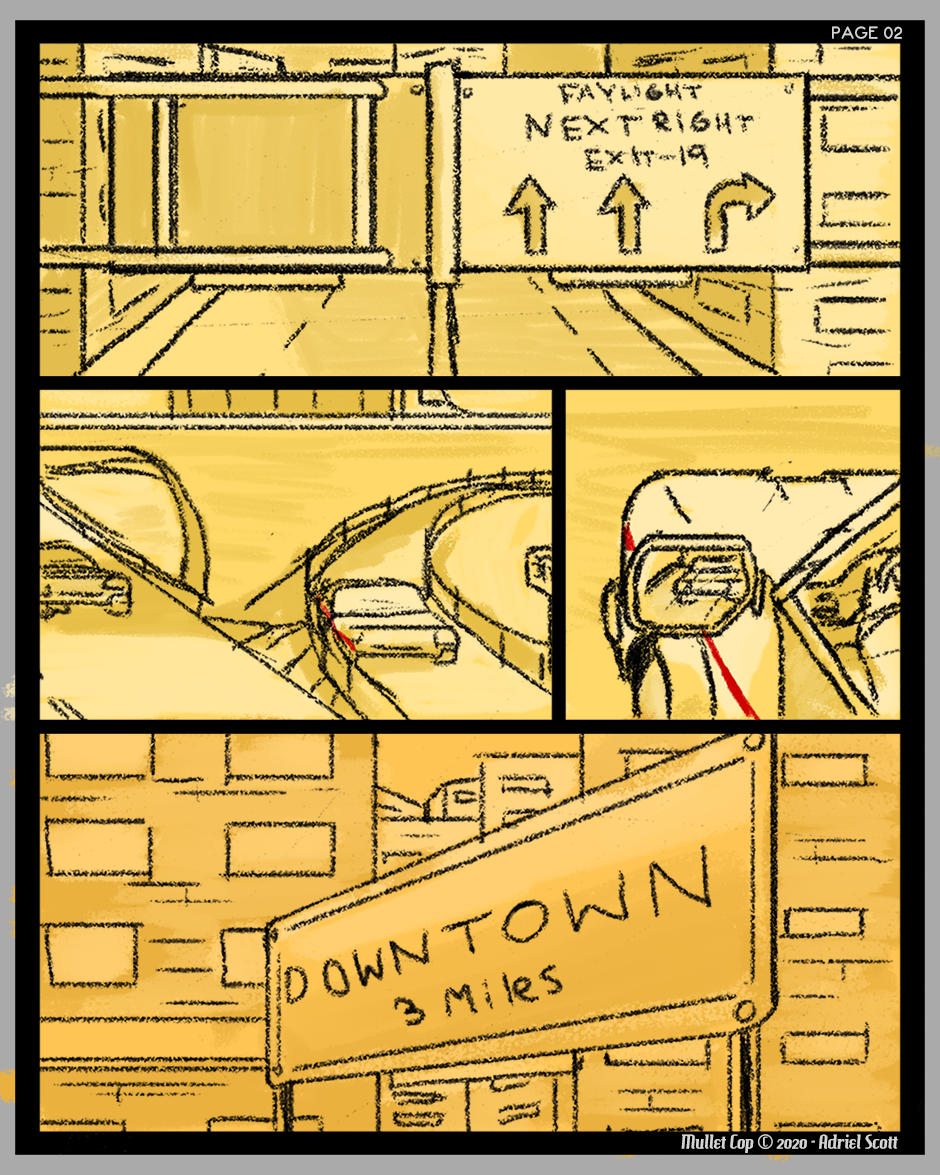 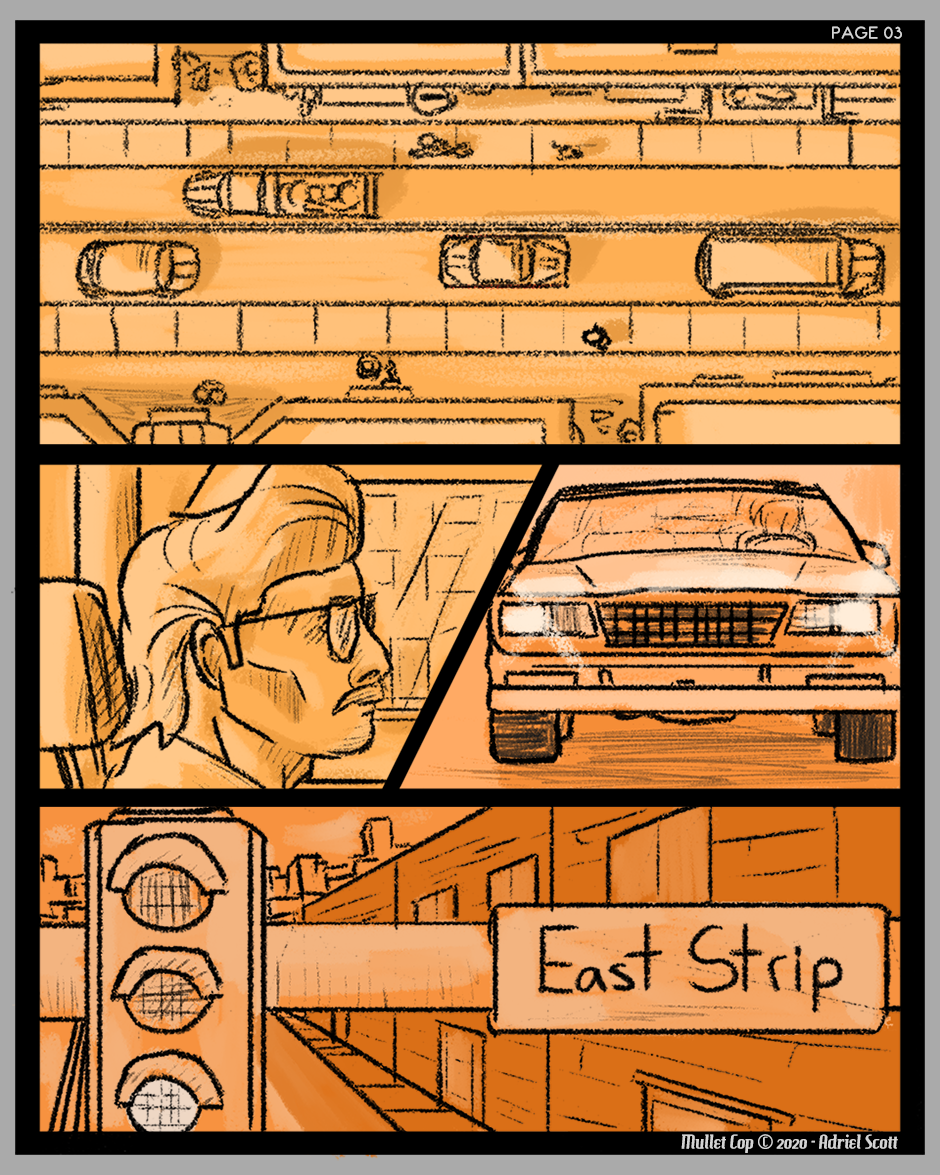 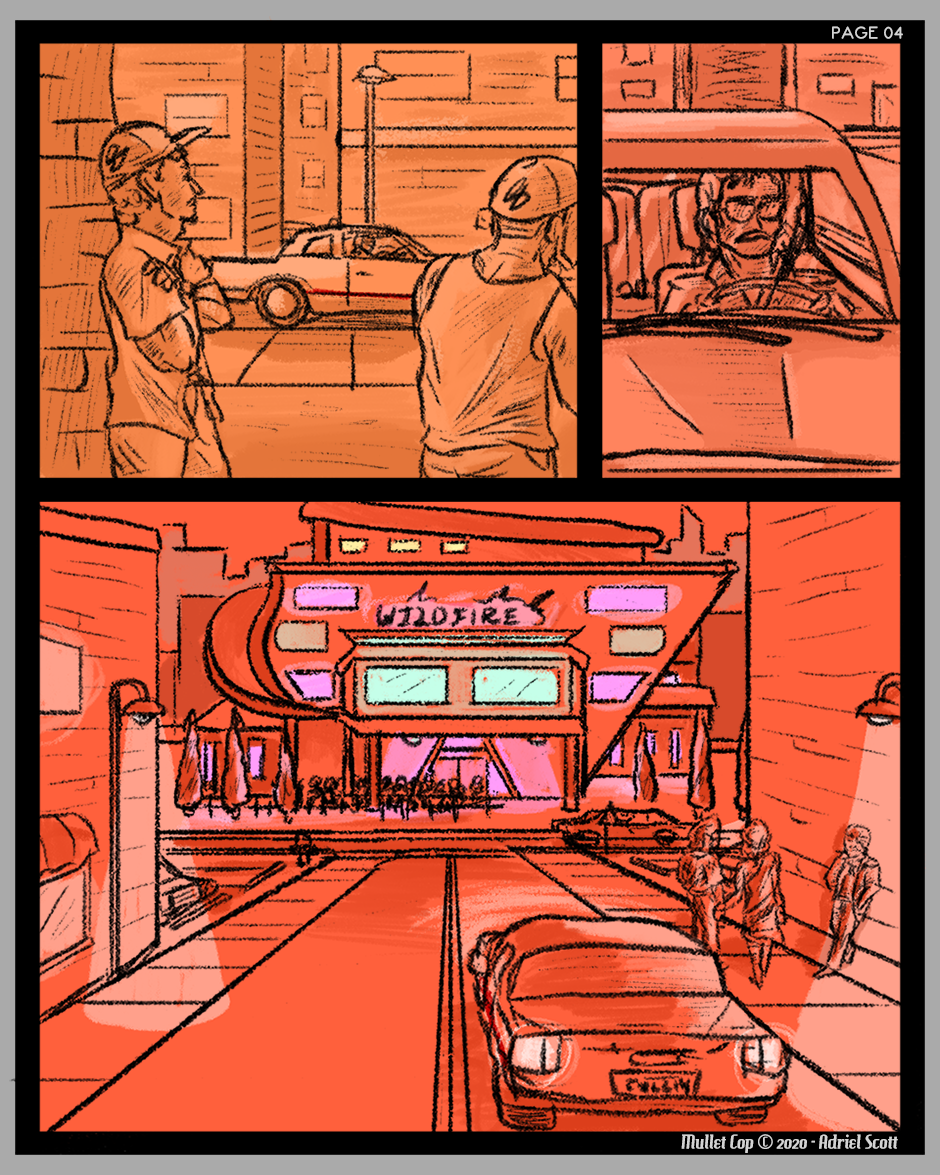 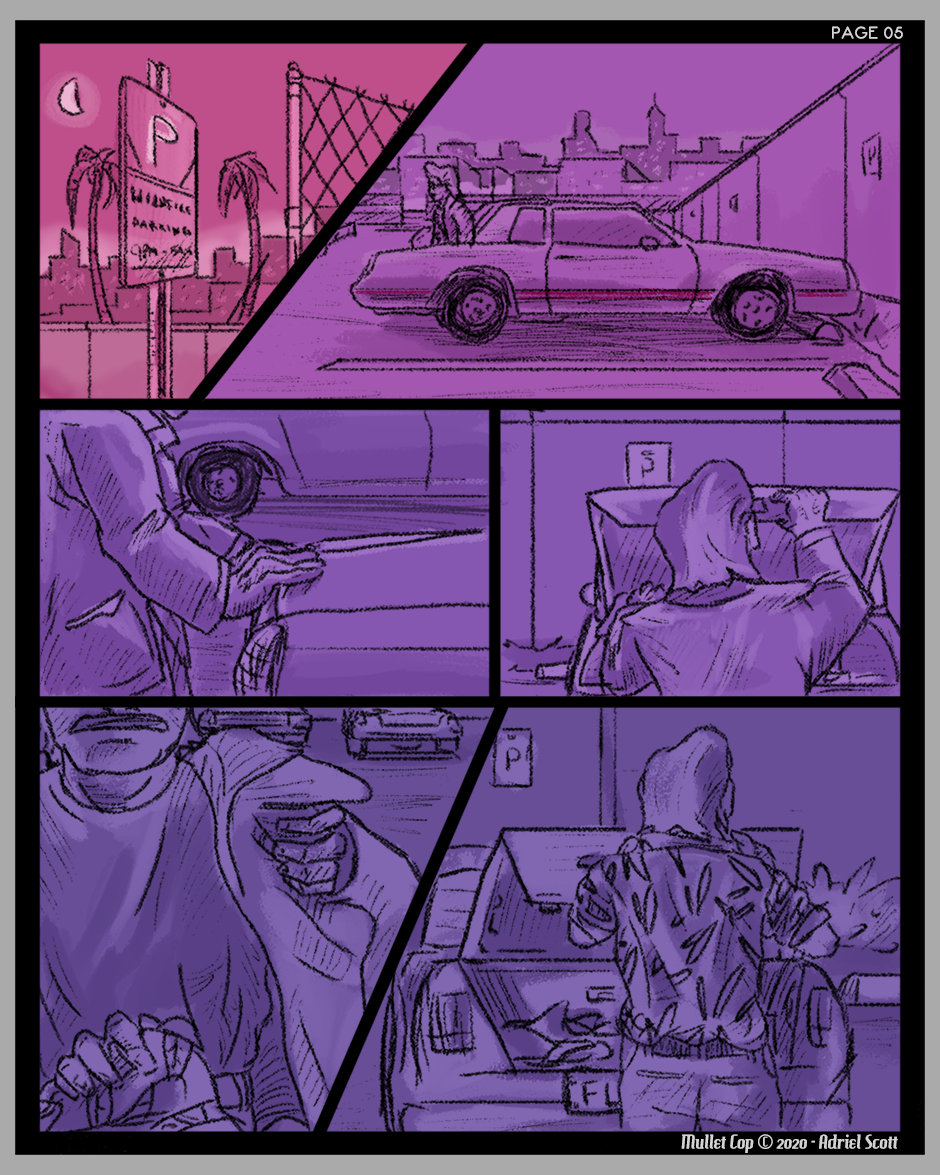 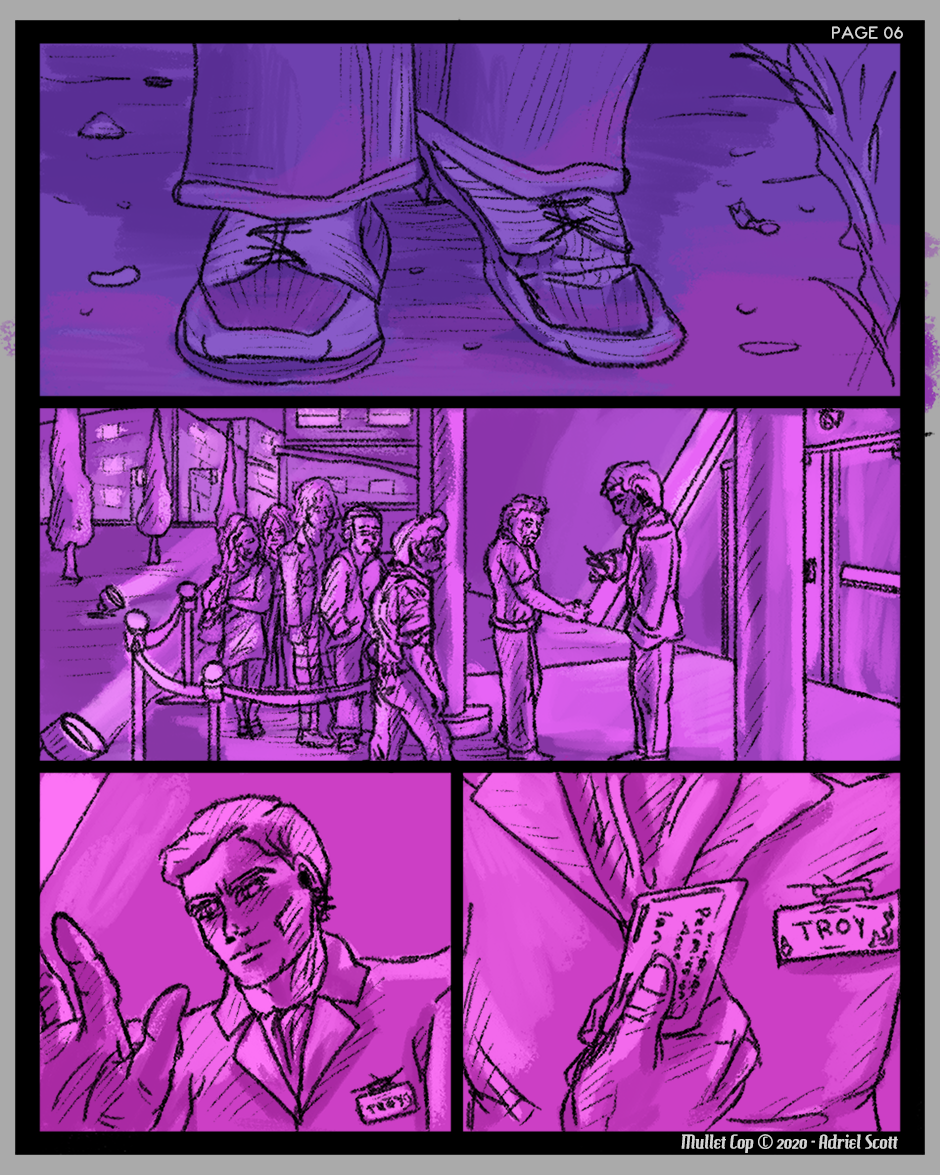 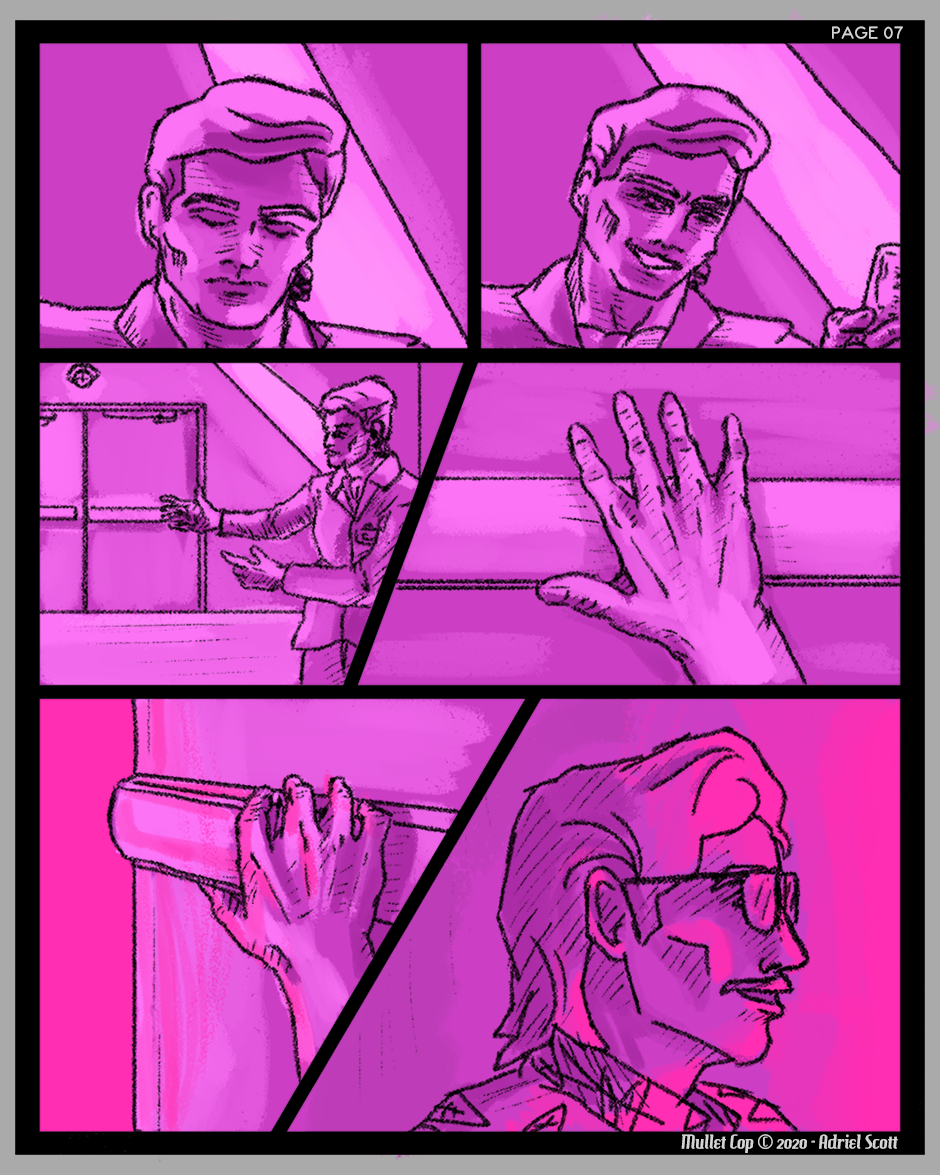 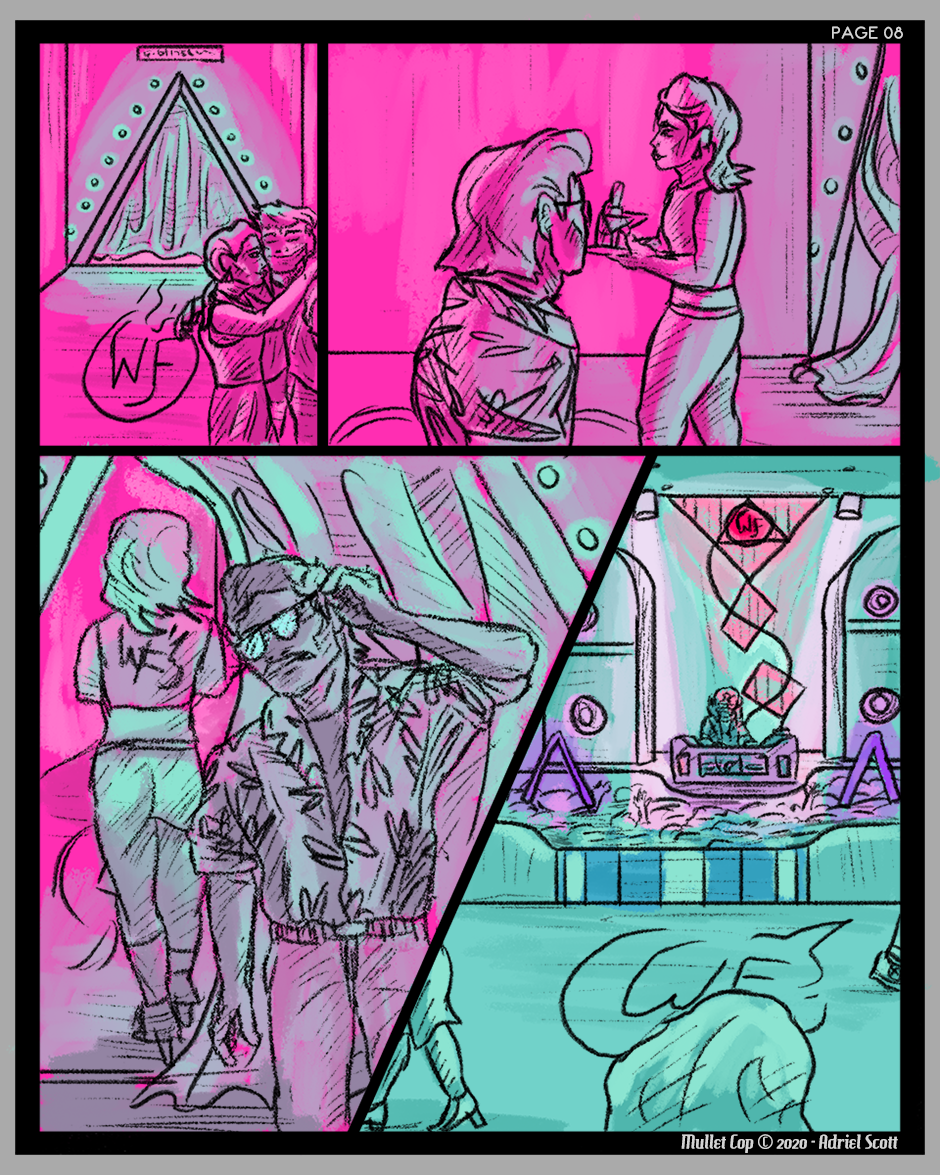 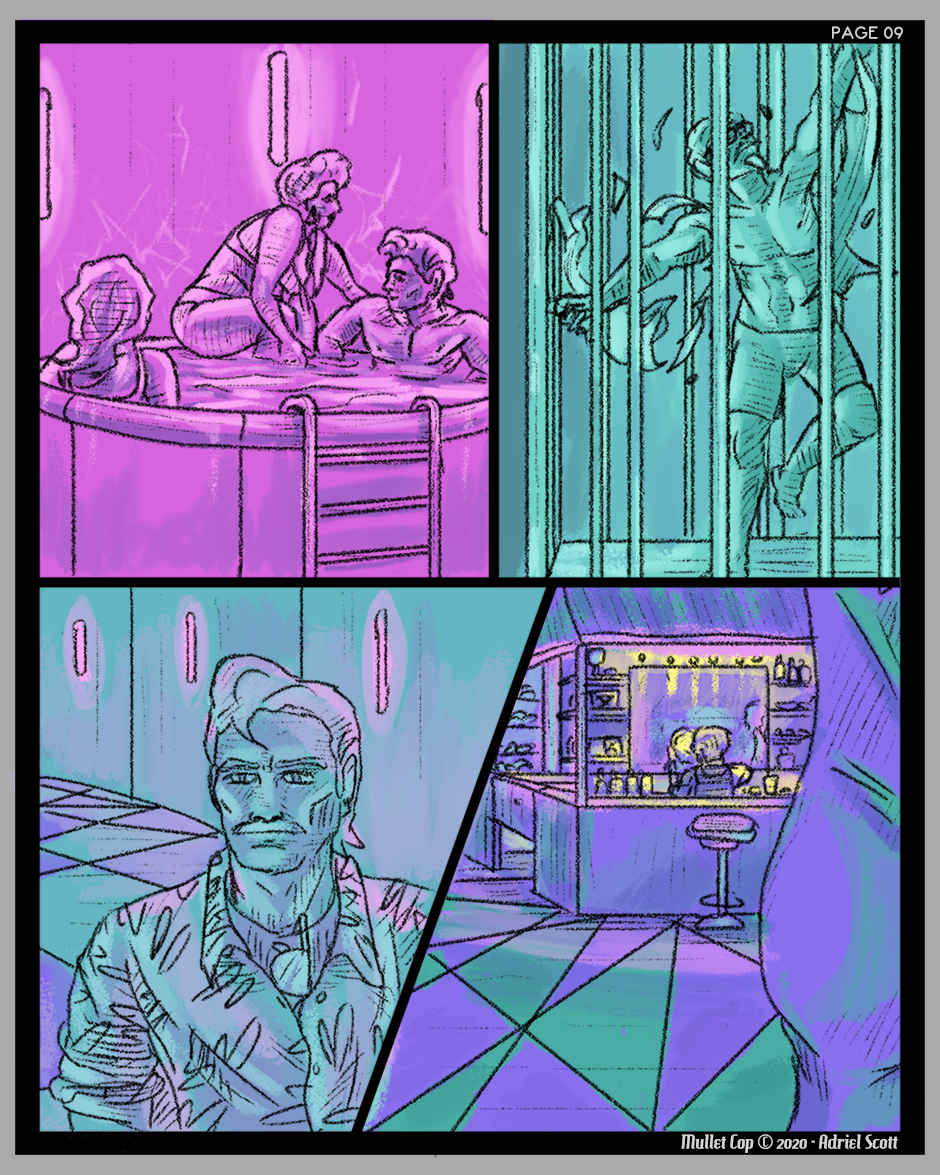 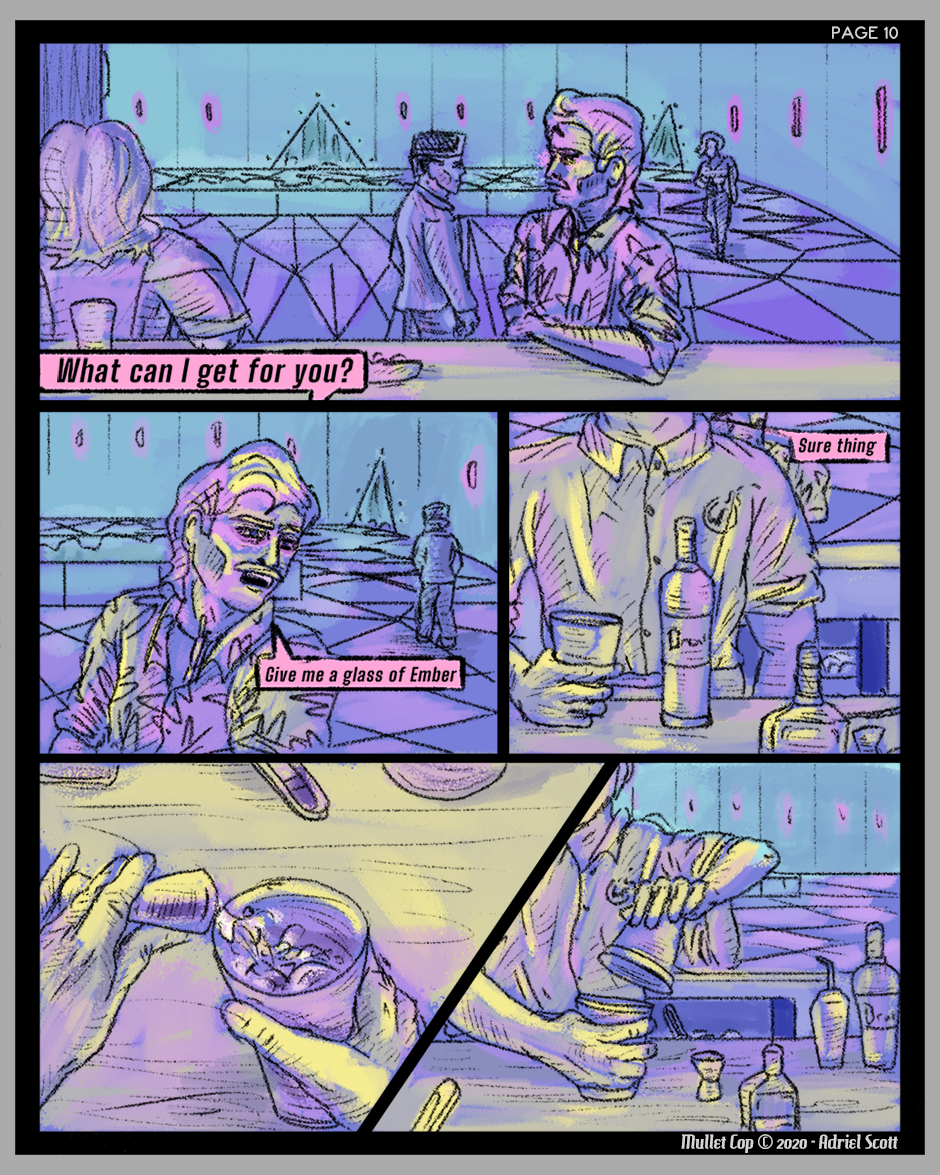 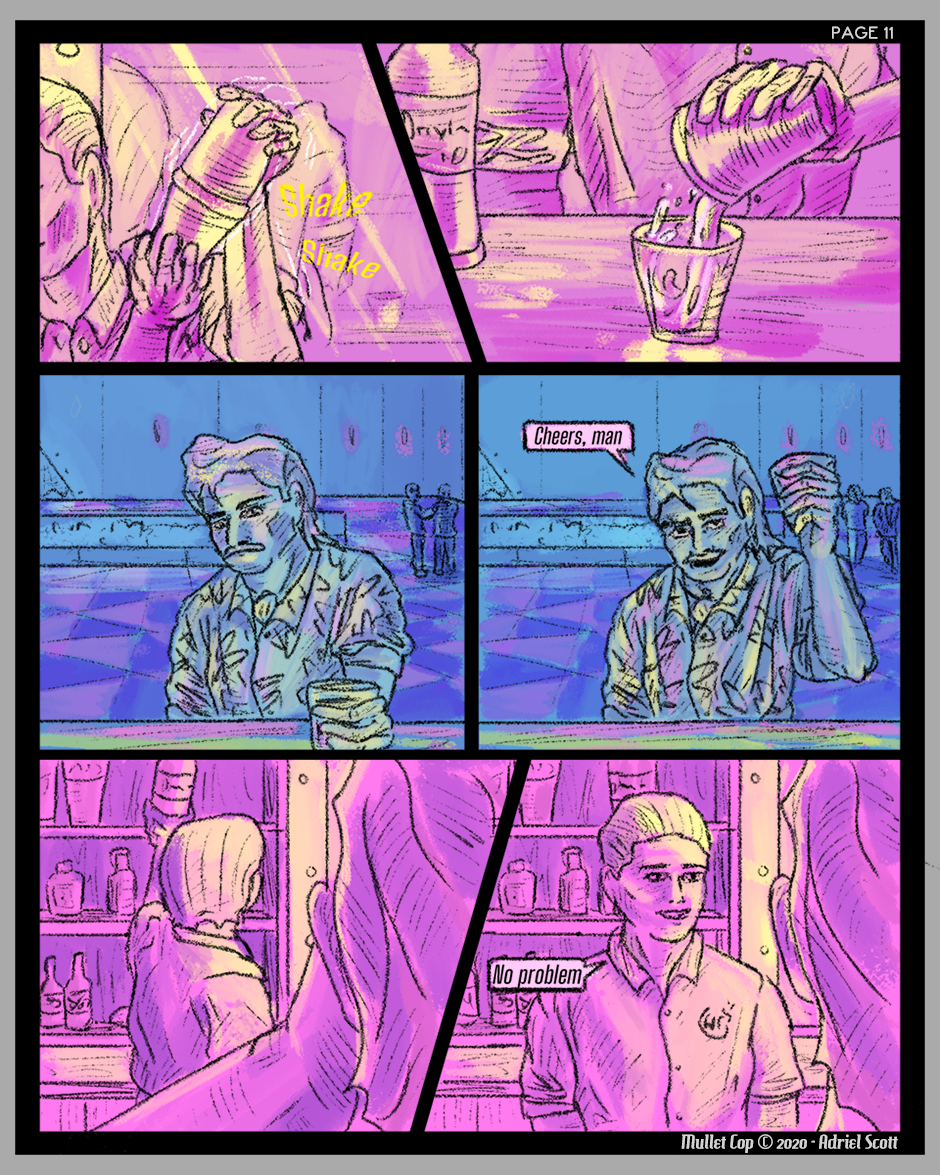 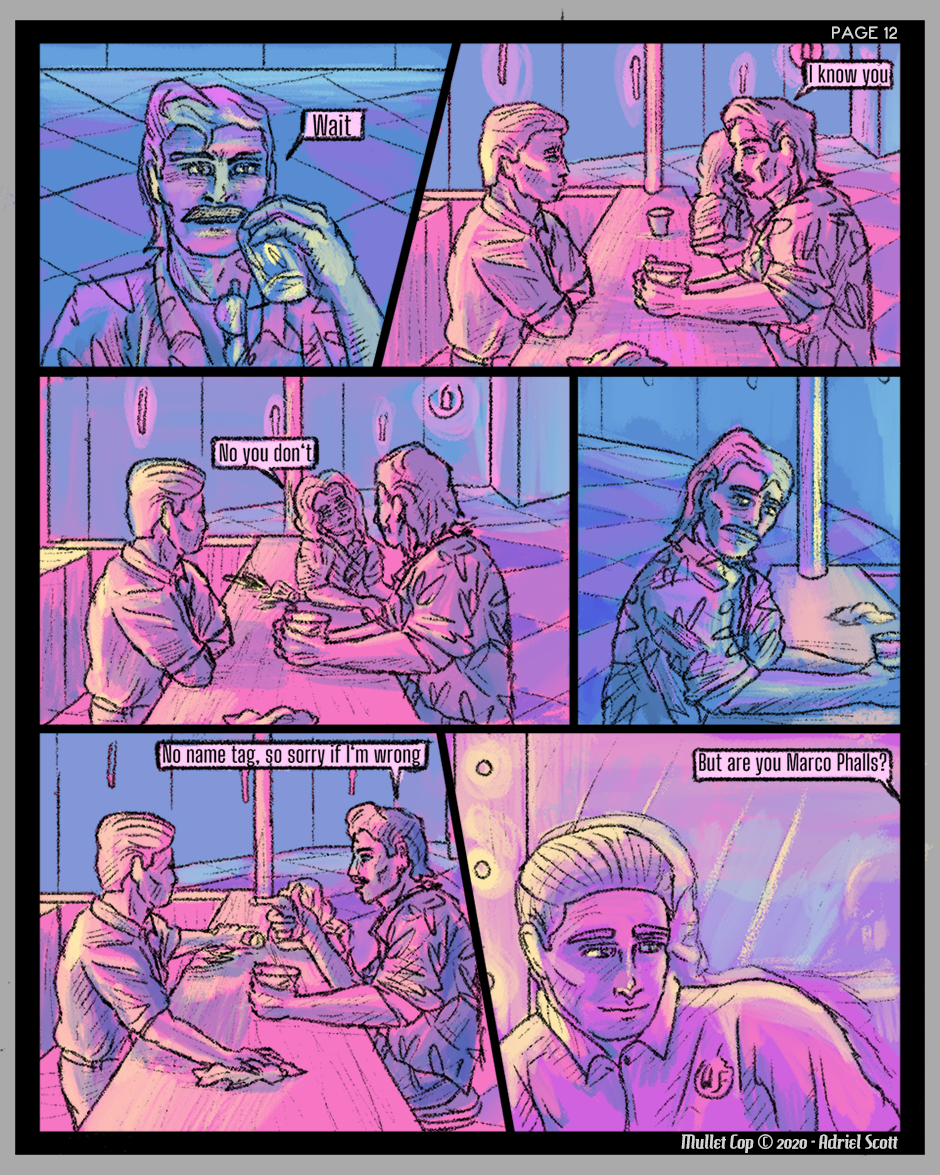 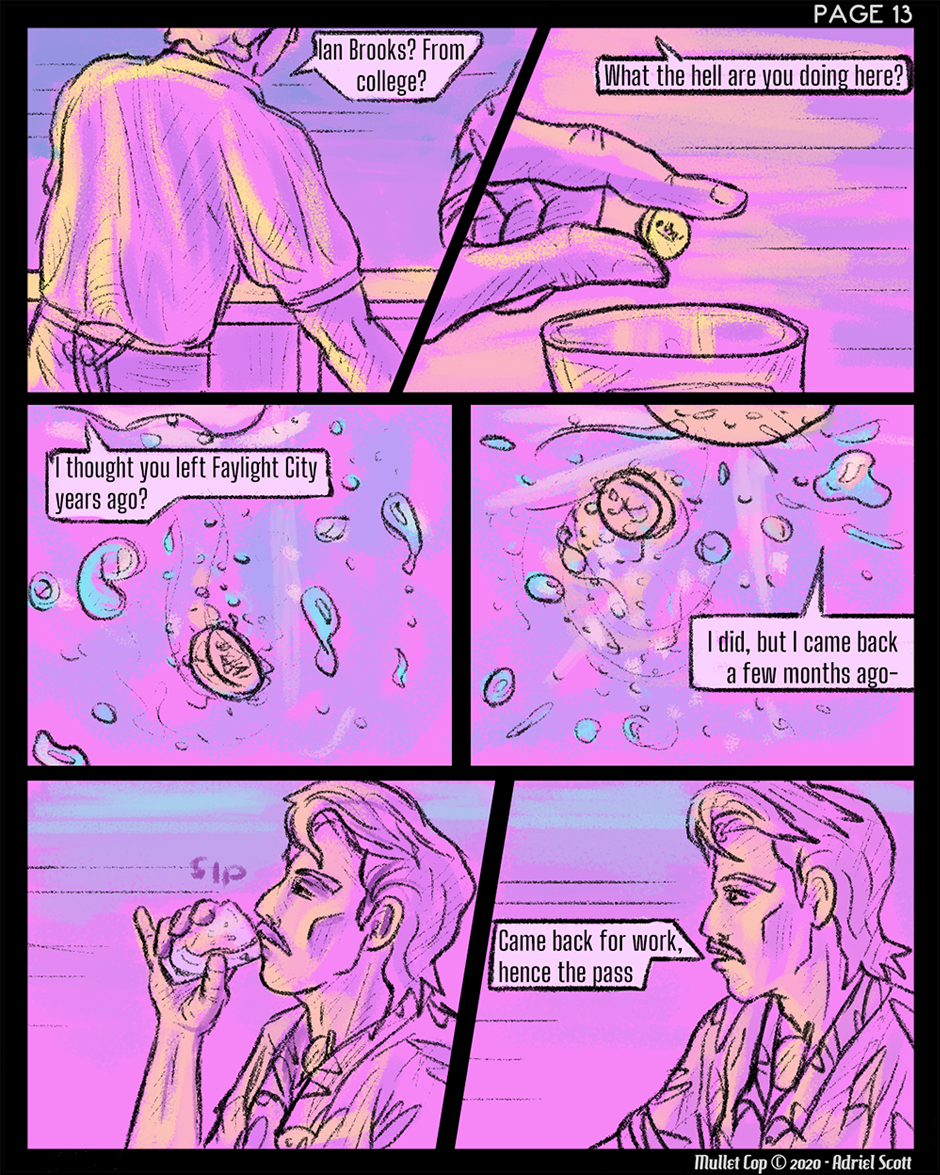 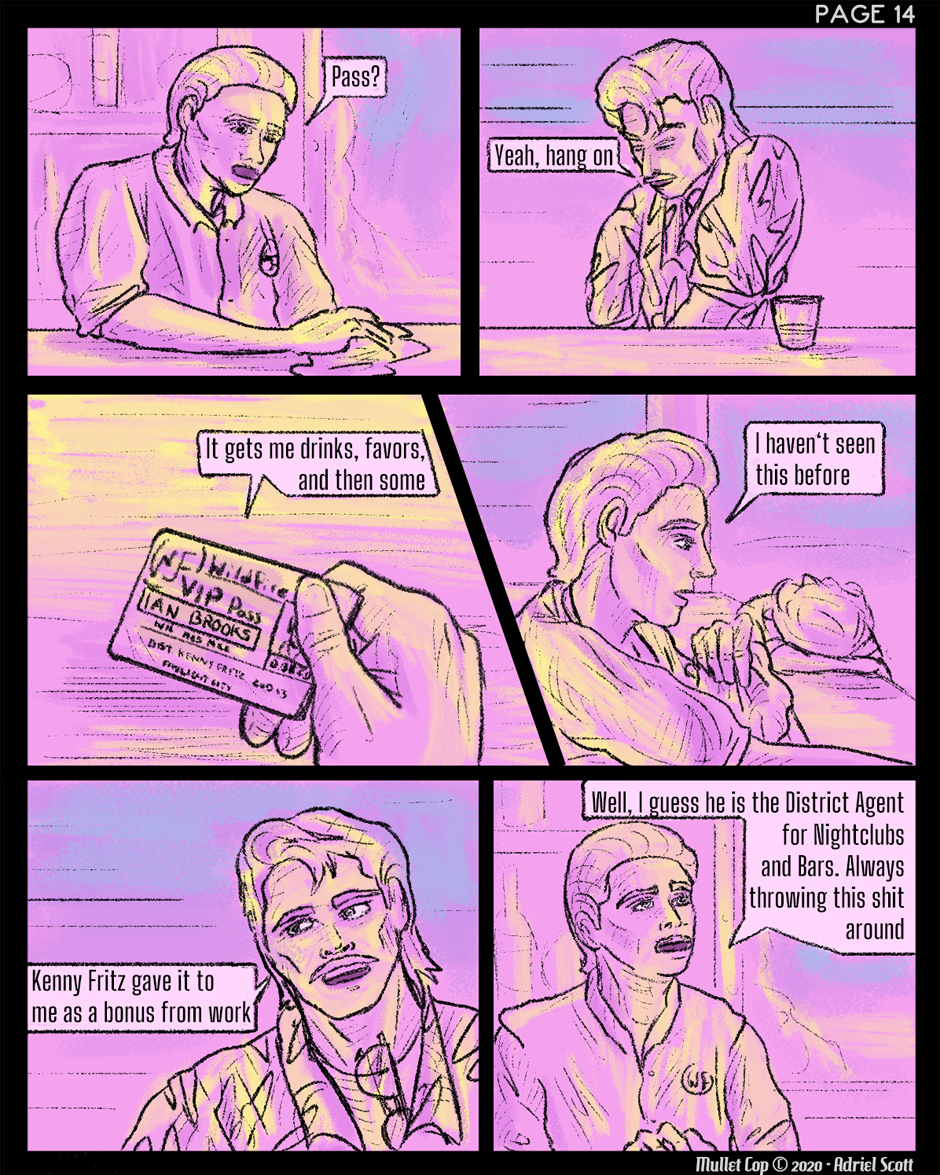 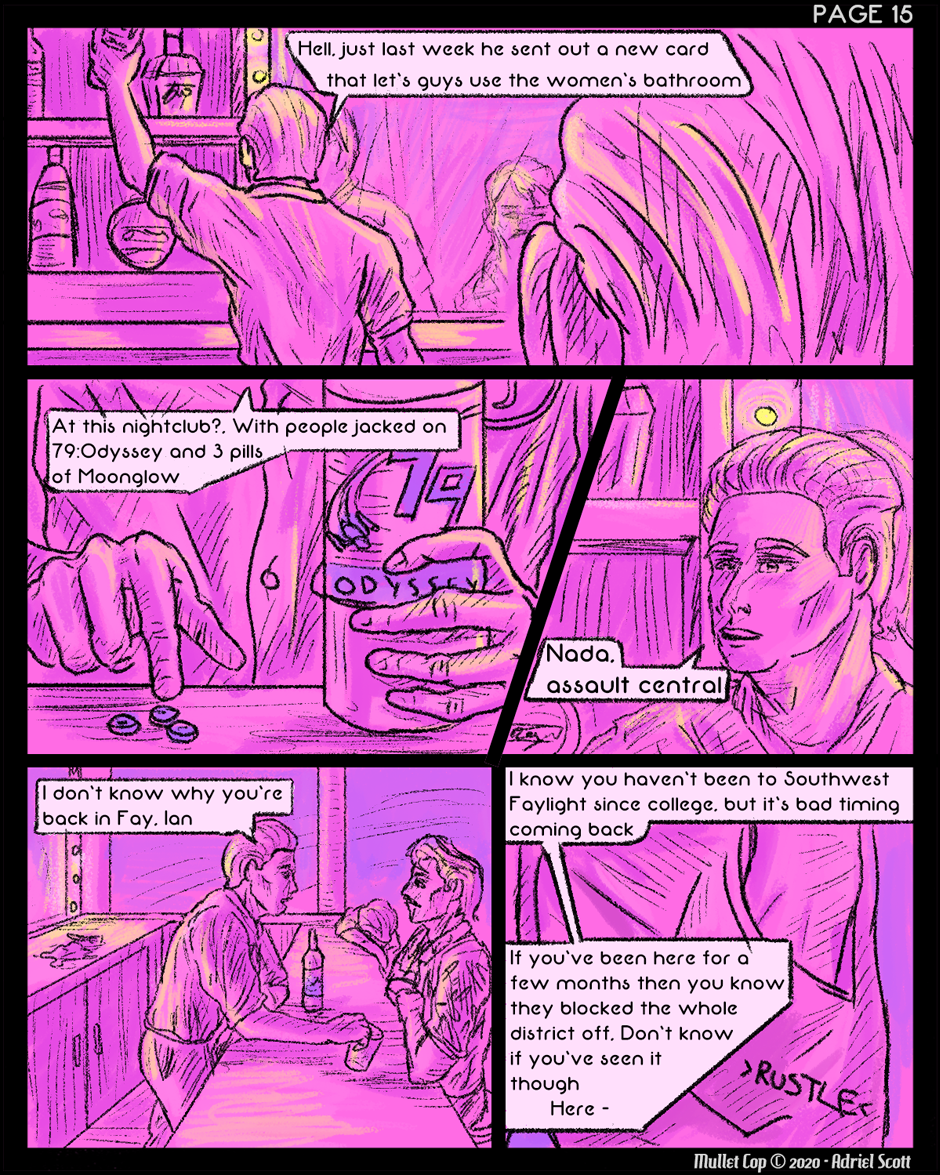 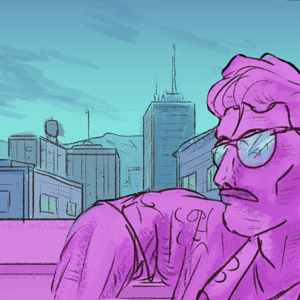 Ian Brooks makes his way into Faylight City to relax in a night of fun while meeting an old acquaintance, who tells him of a closure of a section of the city. Ian's boss sends him on a courier delivery into the soon-to-be-closed section of the city, where he sees the disturbing scene of the city and resistance behind it.

- Ian's life and the city will be explored and developed as the story goes on. Mullet Cop is an in-progress series 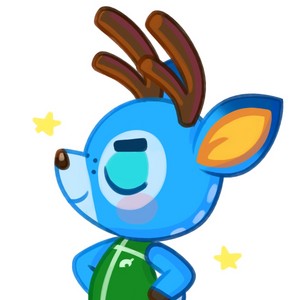 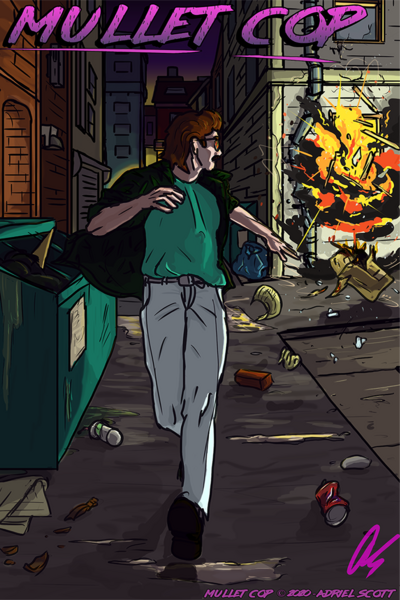 Follow the story of Ian Brooks, a resident of corrupt-government Faylight City, as he and companions discover the grimy backside the city holds beyond its nightclubs, beaches bars.
Subscribe 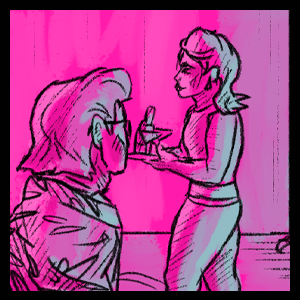