Currently, I am twenty-six, I’ve been living in Raviel for the past nine years and I’ve been doing my work, single-handedly eliminating the entire Lodorite military and their nobility. I sighed softly as I rose my hood and entered the city from my latest trip out of the city, the thick dark mud clung to my boots, caking them thickly in sticky blood colored muck. I pulled my mask up a little to block my nose from the terrible smell of garbage, waste and rotting everything. A kid crying alerted me though, I looked over where a woman with a baby in swaddling cloth was huddled in a corner against a building, dressed in what looked like clothing made from potato sacks, the baby swaddled in what was probably once a feed bag of some kind, there was a maybe two year old girl beside her crying, the girl’s skin was covered in bruises, scratches and caked in mud, she was barefoot and dressed in a poncho like dress of dingy burlap, the woman looked like she hadn’t eaten in weeks, she had horrible dark circles, was drawn out and gaunt and I could see her ribs through the burlap. I sighed softly as I reached into my shirt and took out a small velvet pouch, I took out about six silver coins before tucking it back into my shirt, I walked over towards the woman, I grabbed her other wrist and put the coins in them before I walked back towards the bridge. I could hear the woman gasp softly as she realized what I put in her hand before I heard her tell the older girl that they were going to be able to eat that day. I sighed deeply as I softly shook my head and fastened the button of my hood keeping it closed over the lower half of my face over the mask.

There’s copper, silver, gold and platinum coins. There’s ten copper to a silver, ten silver to a gold and ten gold to a platinum. Wretched conditions would be considered as having a price of no money a day, squalid would be about one silver a day, poor would be two silver a day, modest is one gold a day, comfortable is two gold, wealthy is four and aristocratic is ten gold pieces a day minimum. There are people in the slums here that’ll go their entire life and not make a single gold piece in their life. They are the base of the city, everything the nobles have was based on the efforts and lives of their commoners...and they allow their people to live like this. They allow them to live worse than animals.

Because of how the nobles see commoners, they used their power over the city to fix the price of services and goods so that the people here will never be able to afford it, like a healer; the fixed the price of say a broken bone being magically repaired which normally is still quite expensive, but a broken finger or nose would cost about eight gold pieces and a broken arm or leg would be about two hundred gold, curing a cold would be about one gold and stronger illnesses would be more. Any healer caught or heard of going against the nobles and charging less or healing the poor for free would be punished by having their ability to practice removed, removal of magic, whipped, put in stocks, or worse, put under permanent house arrest, they brand the person with an H on the center of their throat and station guards around their home so that the person is never allowed to leave the city block their home is on.

I sighed deeply as I walked across the bridge leading into the next ring, flicking my hand to clean the mud off my boots as I kept walking. It was a handful of rings before the conditions even got to that modest level. I live on the ring normal for sell-swords or mercenaries, about two from the noble ring, three from the royal, nobles most often seek out mercenaries for the sake of doing much more…unsavory work, so…me in all black with swords on my back, blend right in.

I am also a mage which honestly, who wasn’t in Sigia of some way shape or form? My father was a masterful wizard of transmutation, he learned all of his magic through studying and books, my mother was a cleric of the goddess of light, the goddess gifted my mother her magic, she was able to walk through a crowd of sick people and just raise her hand and all of them would be restored, my sister was a very, very powerful abjuration focused druid, nature gave her the magic she used and everything she did was focused on protecting people, she used to be able to throw shields up to cover all of Zeba to protect us from natural disasters or shield a village from dragon attacks. I, myself, am a sorcerer, I have a strange connection through my blood to necromancy, I am one with darkness, shadows…and death. Never known why, it's just always been with me sense I was a child. It gave me a title in the military, they used to call me the Deathblooded, because of how not nice my magic plays when others are around me.

This...is my story. It is not pretty, it is not romantic, it is nothing good, sweet or kind: my story is a road paved in broken bones, blood, war and good...old...revenge. 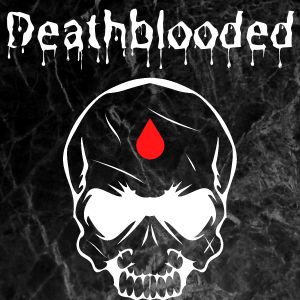