"Remember Meredith, stay quiet, don't attract attention and always focus on your task," dad said as he clutched the steering wheel tightly. "And... If you find yourself at a dead end," he sighed, "give up, my child."

I ignored him and looked at the view outside. The sun ruled over a cloudless sky. The birds chirped merrily and the beetles clicked away as if the entire world was a happy place, which was probably true for them. I hated the fact that this place was beautiful.

Adelmiro Circle was hell in the guise of high school, or that's what I had heard all my life. No one had prepared me for this. The tall edifice spread over a campus of about a thousand acres was magnificent. It had towers tall enough to kiss the sky, a glistening lake and a lush green spread of trees around the main building. It made me miserable.

"Meredith, I don't want this for you. I don't care what the elders of the dragon-kind say. I would rather you stay home and-"

"-and what, Dad?" I clenched my teeth, "marry, rear kids and waste away until I die? And how many more years until that happens? Two? Three? First mom and now me. You don't even want to try, do you?" I looked away as I struggled to reign in my emotions.

"You know well enough that giving up means my death. You must really-" the words got stuck in my throat and I swallowed before opening the car door. I had to get away from him. I slammed the door shut, pulled out my bag from the rear seat and left without glancing back.

The iron wrought gates were wide open and students were rushing in. Some walked in the middle of the path and made a huge ruckus while others slinked in slowly, trying their best to not get noticed. It depended on how high up in the ladder of the Circle one was. Since I was here as a human now, I belonged to the lowest echelon.

I quickly shuffled to the left side and copied the posture of the guy in front of me. Mother would be so ashamed of me for walking this way. But it was necessary for, my posture was the only thing that could potentially give me away.

My features were fortunately very ordinary: brown hair, brown eyes, a round unimpressive face that wouldn't stand out and a height that was considered average, five inches to five. I was born to go unnoticed, how impressive!

I entered the large roofless quadrangle where the orientation was about to take place and found myself a quiet corner to observe the surroundings. A petite red-haired boy of less than five feet caught my attention. He was carrying a mountain of books, tall enough to cover his face.

I wondered how he could even walk with that much weight. He seemed frail enough to get blown away by the wind. I decided to help him and took a step forward when my eyes landed on a group of extremely attractive people. They were playing around, laughing without paying any heed to the boy who was moving in their direction. The books covered the boy's sight and he continued to trudge forward.

It was obvious to me that he was going to crash into them. I shot forward trying to prevent it, but I was a second too late. The boy walked into them, the books toppled over, he slipped and in desperation held the shirt of a tall boy in front of him, and down they both went.

The place was a mess. The red hair and frail body of the smaller boy was a clear indication that he was an odih - rather cowardly creatures who worshipped the Great Rabbit. In this school, their rank was just above the humans. If that wasn't enough bad fortune for him, the one he ran into seemed to be powerful and a high echelon. From the looks of it, a warlock.

I knew that whatever would follow wouldn't be pretty. I had heard all about the magic-kind from the elders. They were arrogant jerks who used their powers to bully the weak. They were also the prime cause of all our misfortunes and thus, our mortal enemies.

While the rest of the crowd gathered to witness what was about to go down, I decided to walk away. I had never been someone who could witness injustice and keep quiet about it, a quality my mother imbued in me. I had no authority here and putting myself in the spotlight was the last thing I needed.

However, I was at the very front of the crowd and no one would budge. Giving up, I sighed and continued watching the spectacle.

The boy he addressed, Yuvien shot up and laughed without amusement. He ran his fingers through his ash brown hair and fixed his now wrinkled shirt. He easily towered over the boy and my heart clenched in anxiety. I hoped he would let it go but I knew I couldn't expect that of a warlock.

"I see it's our favourite odih, Little Fucker again!" Yuvien said, chuckling without amusement. "I distinctly remember warning you last term that if you ever got in my way again, I would kill you. Are you doing this on purpose? Do you want to die?!" His face lit up like a child with a candy, "If that's your wish, I will gladly oblige!"

The rose blonde beside him tried to hold him back, but he pushed her hand away, "Don't interfere, Hystia. Unless you want to take his place."

The girl, Hystia backed away quickly. Yuvien grabbed the odih by his shirt and lifted him up like he weighed nothing. Soon, the boy's legs were hanging in the air as he tried in vain to pry Yuvien's hand off of him. With a runny nose, a thick sheen of sweat trailing down his face and his red hair plastered to his forehead, he was whimpering like a scared puppy. I bit my lips, worry creeping into my heart. I didn't like this one bit.

The room was filling in with more students now. A group of four people climbed up to the podium. They looked much older and were dressed in long black robes instead of the uniforms we all wore.

Realizing they were teachers, I waited for them to stop what was happening. But they muttered amongst themselves and acted as if they didn't notice anything strange.

Yuvien threw the boy against a nearby table and the boy screamed out in pain. A trickle of green blood ran down his cheek. But Yuvien wasn't done with him yet. He lifted his palm in the air and began a soft chant. The boy held his throat as if he couldn't breathe.

Eyes wide, I looked at teachers, desperate for someone to stop him. Why were they not doing anything?

The boy's face turned green, the nerve on his forehead popped and he was gasping for air. I couldn't wait anymore.

"Stop it! You're killing him!" I yelled as the boy began to flail around on the cold stone floor. 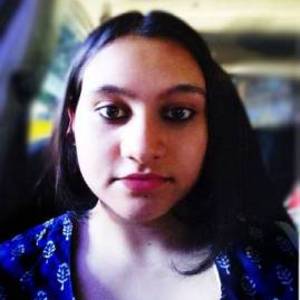 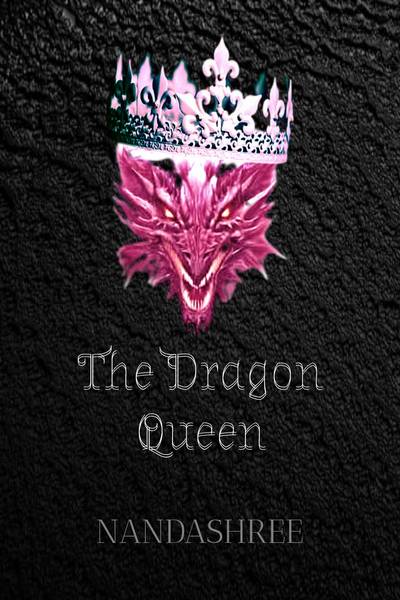 Death is not a stranger to the queen of dragons. Love is another matter entirely.

Meredith, the queen of dragons is tasked with finding a lost god in order to save her clan and fulfill an ancient prophecy. However, to do that she must enter the most dangerous place in the entire world, high school.

She vows to keep the existence of dragons a secret and complete her quest quietly. However, she finds herself faltering when her mortal enemy and the most powerful warlock in the school, Ryne sets his eyes on her.
Subscribe 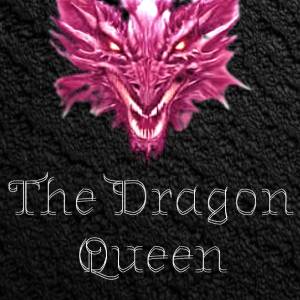