Unraveling nervousness. As I stood far back in line, I couldn't keep still. My palms were clammy, my whole body was fidgeting, and I was constantly biting the side of my lip.

There was a girl all the way in the front of the line who just had this godawful sardonic grin on her face. I was too far back to hear what she was saying, but by the looks of it, she looked like she was hyping herself up. She had her chin up high, chest pumped out, and arms crossed.

A boatload of confidence. Kudos to you girly.

I stared silently as she followed the silver haired girl and Professor Martínez into a mysterious room. What appeared to be three minutes later, the most terrifying eerie scream was heard behind the closed door. A second later were the most barbaric and thunderous thumps on the door as the girl inside continued to shriek uncontrollably.

The type of fear that makes your hair stand, heart jump, and stay on the tips of your toes... I'm suddenly intrigued. What could she have felt? Seen?

Professor Martínez came out with another assistant in what looked like a lifeless body with a drape over it. Fresh bloody-red liquid came oozing out from the corners of the stretcher. Droplets of blood stained the tiled floor as the figure wheeled away.

Looks of pure horror and petrified faces emerged from the crowd as handful of them screamed in terror.

"Tut-tut. Don't be disturbed. This wasn't the first deat-- I mean accident today kiddos." Professor Martínez said with a shrewd smile plastered on his face.

As the test resumed, majority started trembling while others were hyperventilating, pacing around, crying, and begging the staff to be taken out.

As more students went in, many came out unconscious. Martínez and the other assistants had to carry their bodies into a different room while those who did not make it, were taken away.

My turn was approaching. I could feel my heart racing a thousand miles an hour. I closed my eyes trying to analyze the situation piecing my thoughts together.

To be honest, I don't know what exactly to feel. It's a bittersweet mix of anxiousness and euphoria all at the same time. I chuckled.

"Good luck. Don't let your nerves get the best of you." Alex smiled reassuringly.

"Right back at you. If I somehow find out that you placed in the Brats House, I'll be extremely disappointed. I have high standards, so don't let me down." I replied as we both fist bumped.

The door locked behind me as I walked into a small concave room. I took a minute to admire the artistry of the room walls. The whole place was littered with puzzling hieroglyphics, runes with strange characters and phonetic writing, and numerous scriptions.

"Scarlet Wolfe you say... What are your biggest fears child?"

I shrugged looking around the rest of the room not wanting to answer.

He grinned as he unexpectedly injected a long pointy needle into the side of my neck. "Cat got your tongue? No need to be so defiant."

*Ba-Bump* I began to feel my heart palpitate.

Sudden pain shot up coursing throughout my body. I felt beads of sweat run down my face as my whole body felt like it was being engulfed in fiery flames. My vision began to blur out as I two strong hands gripped the side of my arms.

"It's starting!" Someone shouted from my left.

As objects began to fade away, I started to see multiple colors glimmer as familiar memories all came crashing down.

"Look! Her eyes are flickering amber! You definitely don't see these eye types everyday. Not only that, but she's also the first one today whose eyes' flickered" the girl holding me up exclaimed.

Pitch black. Everything in sight enveloped in darkness.

As I sunk deeper and deeper into the realm of unconsciousness the scenery started to transform and warp to a different setting.

A girl on her knees, naked to the bone. Her hands and feet tied and bounded to the wooden table. The table next to her homed different kinds of surgical instruments that were encased with splotches of blood. Deep black and blue bruises and freshly opened cuts coated all over her back as she sat there lifelessly. Dried blood stains soaked the dark wooden floors as crimson liquid streamed down her skinny thighs.

"Stop! That hurts, please stop!" She desperately pleaded. The sound of the whip crackling bounced off the walls as I shivered remembering how vividly the pain brutally felt.

As Scarlet looked past the void of nothingness, she took a deep breath letting out a sigh embracing what she knew what was coming next.

Who are these people? They're oddly familiar, but I just can't seem to remember... Scarlet's voice trailing off.

"Nigel, pass the pepper!" The little girl with the auburn hair kindly asked.

"Sarah, how was your day at school?" Nigel turned while biting into his chicken.

"It was really fun. Everything's SUPER interesting. I made a lot of new friends and all the teachers are so nice" she replied with the widest smile her small cheeks could form.

Scarlet was violently pushed back as the scene in front of her started rapidly changing.

Two men broke through the front door and began ravaging the dinning area.

"If you don't give them to us, we'll just take them by force."

Scarlet's face winced as she witness the look of horror on the parents' face as they struggled to fight back. They watched helplessly as their children were being ripped away from their grasps. They pleaded, begged, and cried for help praying that someone would rush to their aid.

That night, help did not come.

I stood there frozen. Slumping down to the floor my body violently trembling. As the scene replayed over and over I could still hear the muffled screams echo through the walls of my mind as I pressed both arms against the side of my forehead trying to relieve the burning sensation.

Images flashed by to what it appeared to be lost memories—all came flooding back.

Choking on my words, "Nigel... Sarah... H- how could I have forgotten you guys?" as I held my head in my hands.

What felt like hours, my mind started clearing up. Furiously blinking away the tears, I refuse to show any kinds of weakness.

"You did extremely well." The girl with the silver hair came forth as she intensely stared at me with hints of worry shrouding her beautiful icy blue eyes.

She leaned in close whispering in my ears. 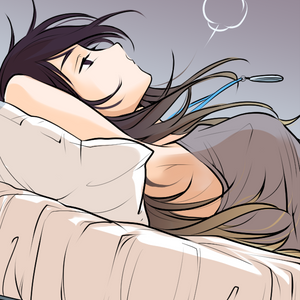 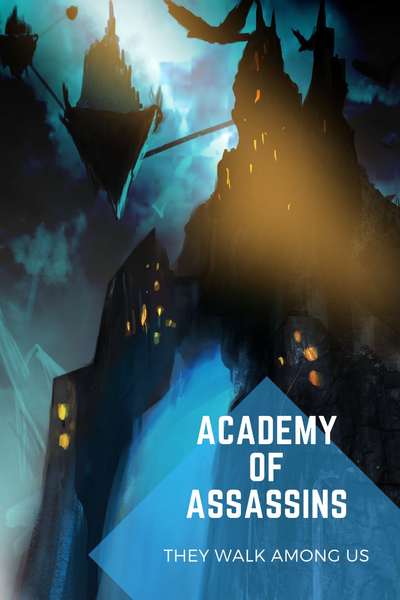 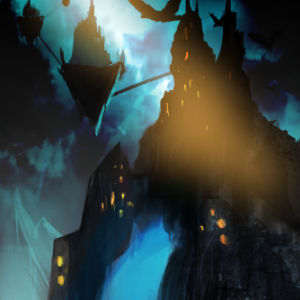