Hidden in the slopes of the Carrauntoohil in Ireland, is a quaint little village unknown. Its people are quainter. They hold feasts almost every day and then none at all. Their rituals begin at sunset continuing till dawn. The other tribes know not of their existence, apart from some wild retelling of encounters of lasses and boys who stumbled upon the fringes of the settlement and were thrown back like a shield bouncing off anything that hit upon it. Their hair is light colored, their eyes blue-green. The other features are varied subjectively in such a way that it is impossible to trace their origin to a specific gene pool.

In this village, Mai has unfortunately landed up. It was a simple itinerary. Meet the Sullivan family, get the required permissions, carefully climb down the Devil's Ladder and proceed to Hag's Glen for her research. But no, there had to be a windstorm shaking the already worn out unstable path. She saw an opening above, like a cave or shelter and jumped in. Mai was running late as such. Things with the Sullivan family had gone well but there was something weird about those people. The Sullivan lad spoke of the same strange things that were in her deceased brother's journal. This entire trip was cursed, Mai mused internally. But then her entire life as a researcher was. "Why can't it be Maine? Maine is such a nice place in August..."Mai kicked the rocks in the cave around her. It had begun to hail.

Across the East face of the Carrauntoohil, starting from the very cave that Mai sat in, begins the Heavenly Gates. A narrow natural gap leading down a deep gully to who knows where. No one knows its depth. Many have lost their lives trying to navigate this path, their bodies either lost or found mangled in the Eagles Nest which lay at the bottom slopes. The cove looked pretty clean for a place that was not used. Mai jotted down the day's events in her book. She did not have anything in her bag other than stationery, drawing sheets, a camera, her lost brother's diary, and her journal. None of these were going to help her as it grew cold and dark. This was not the plan. Hunger and fear started creeping into her. No service on the cellphone. She wished Jeremy (her brother) were here.

Mai switched on her flashlight as she scooted farther into the cave to escape the hail. Had things gone according to the plan, she would have been recording sunset from Hag's Glen right now. She surveyed the area with her flashlight, going further in. The space became narrower, as if the cave was closing down on her. She tripped on something and fell flat on her face. She jerked herself up in annoyance, muttering a few curses under her breath. A necklace! A freaking thin, gold, necklace! Way to go. She tripped over gold, literally. Mai kicked it aside in frustration, rubbing her aching nose. She flashed her torch around. Dead End. She turned around and tripped again, landing painfully on her butt this time. 'Why you...' she screamed in pain and annoyance. She ripped the necklace from in between the stones and was about to throw it out when something caught her eye. Engraved in the surface were three letters J.H.R - her brother's initials.

The necklace dropped from her hand, the initials disappeared. She sat down and held it again, they appeared. 'Holy Hades...' Mai sat shocked. She picked up the necklace slowly, staring at the blank wall in front of her. The initials appeared again. She took a step back, and another, and another towards the entrance of the cave. She turned around and almost screamed. There, all over the cave walls were etched diagrams and calculations. No they were not calculations exactly, more like timestamps and degrees. In a corner lay charred wood and ashes, a makeshift blanket of leaves and sheets of paper. She picked up the sheets. Jeremy's handwriting. Symbols similar to those in his diary. Mai sat down away from all of this in a bare corner, afraid of touching anything in case it was cursed, and compared it to her brother's journal. It seemed to be telling something, like a pattern, but she could not understand. 'I wish I could see what all this means,' Mai groaned, burying her head in her journal.

A column of bright white light shot from the back of the cave, startling her up. 'Who is there?' Mai asked, fear laced in her voice. She heard a series of cracks followed by noises. The cave vibrated. The light dimmed. Mai kept staring, waiting for something to attack her. When nothing did, she stepped closer and closer. And then she made a mistake. She looked down. Fear overtook her and she got sucked into a chasm. She tried to hold on to the ledges of the surrounding but she was falling to fast. She saw her life flashing in her eyes. She shut her eyes bracing for the impact of a certain death. Somebody saved her. She saw sea-green eyes, many of them, and light coloured hair, before she lost consciousness. 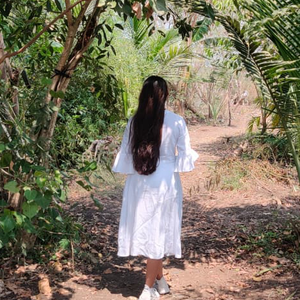 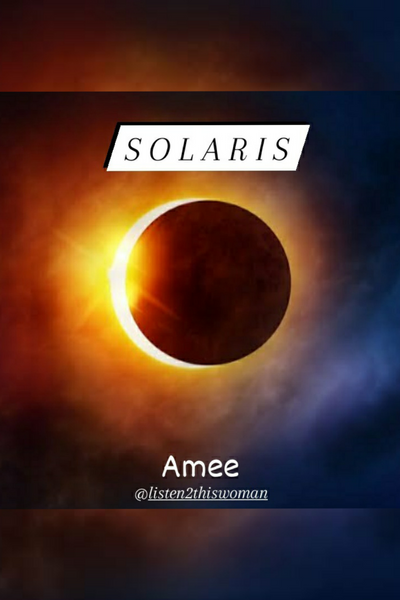 2032 CE - Mai, a botany researcher, makes her way to Ireland to study about the sudden appearance of an unknown species of plant life. She traces the same steps that her deceased brother once undertook to inquire into the unidentifiable changes of resonance and other scientific things coming from the Irish mountains.

1628 CE - The peak of the Scotland Witch Trials. Will Diana be able to protect herself and her lineage?

1101 CE - European crusaders attempt to cross Anatolia to reach Jerusalem. In an era of wars, trading troops march across the hot, sandy deserts. Disguised a man among them is a thief named Constantine, ruthlessly chased. Will the truth come out?

3150 BCE - King Menes, the first Human Pharaoh, unified Egypt. Ananke, a complete misfit, stripped of all her luxury, was thrown out among the many others, who did not bend down to the new cult of Gods. Will she and her Mistress Isis be able to survive in the deserts of Africa?

7000 BCE - Neolithic culture reached modern Greece and Crete. As humans were experimenting with agriculture and domestication of animals, sinister beings were operating in the shadows

43,000 BP - Lebanon - In a large rock shelter, below a steep limestone cliff, a member family of the only surviving species of the Homo genus was going about its business, unaware of the spying eyes of greater intelligent beings. Little did Sapiens know that someone had found a new pawn to play with. 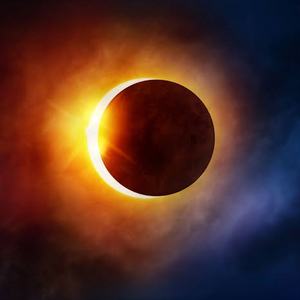