Winters in our part of northern Delaware are impossibly bleak, and never more so than on this nighttime return from the Olympiad. Sixteen students and our proctor jostle and grind through a maze of cul de sacs that is neither city nor suburb. Blank faces stare out from a cold bus at a gray landscape with patches of gray snow that melt just enough each day to ensure that the streets are covered in ice and grit for the morning commute.

Mr LeFlan sits alone in the front row. Next to him rests a large duffel bag which I imagine to contain sixteen hand silk-screened t-shirts intended to have been presented to his victorious science Olympians. Victory had seemed assured because our opponents were from a smaller school, and were rich milquetoasts that we had beaten soundly in our only other encounter…. But the gods give favor according to no set formula.

In row two, sits Oliver, who made one of the three errors which cost us the match. As always, he is prim and well manicured, but now he looks like a well dressed ghost. He seems oblivious to Dani, beside him in her big round glasses.

Across the aisle from Dani, I see the heads of our captains, our Einstein and Godel, though it would seem mocking to use these nicknames now. On stage, after the event, one had been ungraciously curt when congratulating the winners, and the other had cried.

Behind Oliver I see the tall form of Howie, who now looks as if acne is the least of his cares. Opposite Howie, there is Tam, and then Emilio, and on and on, mostly one to a seat, there sit the brightest stars of Patawasset High. For many, our choices in life had seemed limited only by the laws of physics. But not now.

Lastly, there is me. I had answered two questions, which was more than anyone would have expected, and so for me there was no shame in this loss, but I too feel apart. On the ride out, I had sat two rows up, next to Ben (AKA Positron), and spent most of the ride simmering in anger at the cocksure attitudes of my teammates. Now I am worried that my thoughts have somehow hexed the team.

Our loss may seem trivial, but it goes deeper than the contents of mr LeFlan’s duffel bag. As leaders in our district, we were to have spent the winter break in Pasadena, at the nationals. Each of us had lived this trip many times in our minds.

We would sleep in real dormrooms, and walk under red tiles in breezy porticoes lined with lush eucalypts. But the plazas and fountains were nothing to the offices and lecture halls, which were to many of us as hallowed ground. We would run our hands across black benchtops that might still resonate with the subatomic imprint of some great hero of the human endeavor.

CalTech, and its great minds are beyond me, but I too have fantasized. I would meet a Puerto Riqueña from some big city magnet school and impress her with my Espanol. Then, in one of the aforementioned porticoes, we would kiss. A first for me.

The sacred chalkboards, the group photo on mount Wilson, and all the rest are now gone, and we sit wordlessly with our cold wet feet for what feels like much longer than eighty minutes. When the bus stops, there is no bustle. We know we will need to move in order to find warmth, but even this last, and most primordial drive provokes little movement.

Mr LeFlan is first to move. He stands weekly, but with movement, gains purpose. He turns to face his beaten tribe.

“This was a disappointment” he says, then draws a breath. “the first of many, I assure you” he continues, seeming to look us each in the eye.

I cannot guess what is coming, but I no longer notice my damp toes.

“I would say I’m sad, standing on this death-moon, in an unheated sheet metal box full of heartbroken teenagers. But I am not sad...”

“Because tonight, I saw Oliver Weznetski, who I have never before known to stand up or speak out... stand proudly, and confidently push a big red button, and with perfect surety I heard him say...” He looks down at the dapper boy.

None of us can contain our mirth, least of all Oliver, who gets a warm and spontaneous hug from his neighbor. And then sixteen sciOlympians step into the freezing drizzle, eager for the adventure ahead.

Greetings everyone. By now you are all aware that we did not win the Rockwell contract.

For all of us, this is more than just a disappointment; it is a disappointment compounded by the fact that our sample board matched or exceeded the Z-tech entry by every metric. Power consumption, throughput, heat dissipation, volume, cost... Every single metric.

I’ve heard suggestions that bribes were given, or perhaps other favors... and although such suspicions might seem justified. the simple truth is that to award such a contract to a company as small as Muntronics, represented a leap of faith that Rockwell was just not prepared to make.

We are all exhausted from our efforts. I worked harder this past week than I thought was possible, and I know that others here worked even harder. If the quality of our work had been the only thing that might forestall the heat death of the universe, then we could not have worked harder, or achieved better results than we did.

I have spoken to several of you in private about taking a paid week off. Something that you have all earned, and which I would gladly pay for, but the common sentiment was best summed up by Thomas, who told me: “A free week away from circuits isn’t a reward. That’s a punishment!”

We all share a passion for circuit board design. It is a topological chess game that, if I am permitted some immodesty, we play with, the skill and creativity of a grandmaster, and so rather than a vacation, I have spoken with the president of SemiLab about expanding the scope of their current project; something that he has agreed to.

So instead of exploring the dynamics of subsea geomicrobiology, we will be making a more modest, but still challenging effort to optimize nutrient flow and uptake in hydroponic systems. A spreadsheet detailing the expanded project parameters will be posted later today.

Thanks again for a job well done. I love you all, and I look forward to seeing what is on the next page for us! 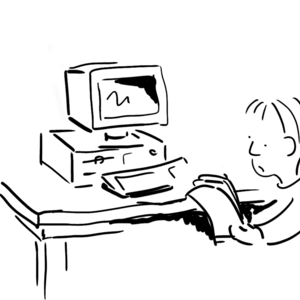 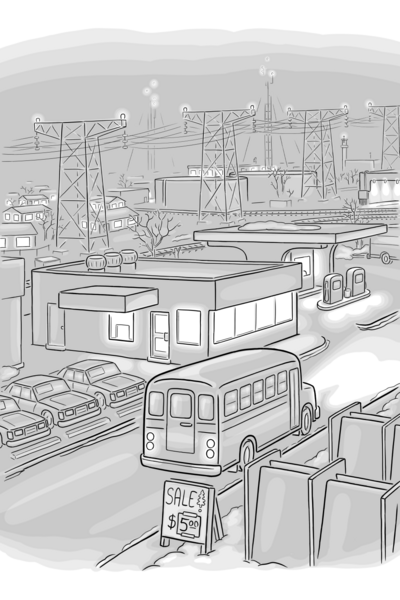 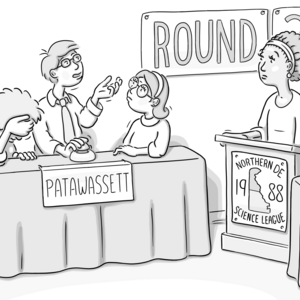