"Do you mean when Ren searched a few years ago and gave up?" Anette asked.

"Yes, but the crew had to make her give up."

"Why?" Anette sat on the deck floor against the inner side of the ship, intent to listen.

"A long time ago, it started after I had been apart of the crew for about a year. Ren had been searching high and low for something, anything that had to do with her father. She even went to her father's parent's house. However, they had already moved.

"Every night Ren would either cry or drink herself to sleep. She was desperate and lost. She didn't know where to turn. This went on for about two years. Where she was just blindly searching without having any clue to go off of." Nico put his hand to his forehead. "She was deeply depressed all the time. She may have told us that everything was fine but I could tell something wasn't right."

Anette's eyes widened as she felt the pain Nico was telling of. Her heart ached for both him and the captain.

He continued, "Finally, after years had passed, I confronted Ren ...

"I had entered her bed chambers to see her sitting on her bed, maps and documents spread about the floor. Ren gripped a Rum bottle tightly in her hands. I walked up to Ren and sat next to her.

"'You know you have to stop this Ren." I said. 'You can't keep living like this.'

'I don't know what you're about.' She turned the rum bottle in her hands. Grazing the label with her fingers. At this point, she didn't even try to hide her emotions anymore. Her head hung low and dark circles surrounded her eyes.

"'Please Ren, I'm your friend aren't I? You need to tell me how I can fix this.' I placed my hand on Ren's tensed shoulder.

"'What do you know! You - you're not my friend! No one can help me!' She stood up and collected a few documents on the floor. 'I just-I just' the Rum dropped from her shaking hands.

"'Stop Ren, you must stop.' I grabbed her by the arms and helped keep her balance.

"'I just want to find the killer. I can't live if I don't know who killed him. I can't!" She threw the papers in her hand across the room. They went flying into the air. I held on tighter to Ren, never wanting to let her go.

"'Do you want to find your father's killer because you have to know, or because you want to get revenge?' This made Ren stop. Her tantrum calmed and she stayed there, leaning into my chest with my hands around her arms.

"'I want to rest.' she said in a daze. 'I want to have fun again.' Her eye lids gently closed. 'I want things to go back to how they use to be.' With those words, her body went limp. She fell into my arms with exhaustion.

"I laid her on her bed and she slept the whole night. Then the next morning, she seemed a bit happier than usual. Gradually, after that, she became her old self again."

Hey guys! I'm so sorry I didn't do this sooner. I just updated this chapter so it's longer. 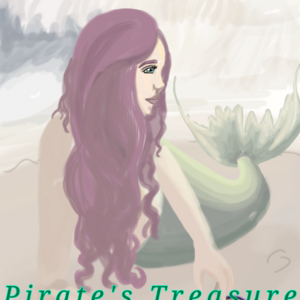