Project AT, the novel

The roar of the engines was deafening. She did not like having to enter that room, but someone had to refill the ether tank and, apart from her strength, she could help a little more as they flew over the continent. She finished emptying the contents of the ton and closed the metal lid, fixing it well by turning the valve, squeezing it extremely hard. She checked the counters to see that everything was going well and then returned.

'The day something goes wrong, I hope I have enough time to go find Pluma, because if they expect me to be able to fix it, they're wrong…'

As she closed the door as she left, the noise was muffled. It just sounded like a background noise. She walked down the hall toward the deck. The wood of the ship creaked constantly, and the ether lamps swayed on the roof when the vehicle was struck by a draft.

"Mika, are you done yet?" Cient intercepted her halfway, sticking his head out of a side door. The girl nodded "Have you returned the ton to the warehouse?

"She shook her head. She had forgotten. Cient sighed.

"Hurry up and save it, the lunch is almost done!"

The years began to weigh on Cient. The white hair covering his forehead was a reminder that he was no longer old enough to embark on adventures. Now, for the most part he was engaged in helping the Captain with the bureaucracy. She sighed as she returned to the engine room to look for the barrel.

Since the incidents in Dakara, they had been terribly busy. She felt like they were spending more time on paperwork than looking for meteorites to extract the ether. Also, the atmosphere had been getting thinner lately…

Captivated, she could hardly avoid bumping into Sera as she left the warehouse. She opened her mouth and eyes in fright. Her eyes were red from crying. 'Again', she thought as she gave her a hug and stroked her hair. This past week she had already seen her cry three more times. She could feel the rage rising in her chest, watering her bloody cheeks. But she had to control herself, at the time she was the only person Sera could turn to. Sera hugged her back and squeezed her hard.

"Thank you" she said in a low voice, her head still on her shoulder.

Because Sera was more than one head taller, the position was a bit awkward, but neither of them cared.

She clenched her fist hard and took a deep breath. Sera must have noticed her anger as she hugged her tighter, to get her attention. She expired. Gently, she separated her and kissed her tenderly on the lips. When their mouths parted, Sera smiled. She smiled back, but could not hide the worry in her eyes.

"Calm down" She said as she wiped a tear with her hand. “I am already better. I know that when it comes to me, you worry too much. Cient is waiting for you to eat, I would not make him wait".

She nodded. Cient had done a lot for her. Well, she really owed them all a lot.

'Was already fifteen years since I was picked up in that village?'

She grabbed the plate that hung like a pendant and pressed it hard. On her wrist, like a bracelet, a string finished with two little red balls, very worn already, since she had been using it to tie her hair for a long time. This was the only memory she had of those who had cared for her as a child, of those who, at the time, were her family. The pendant, on the other hand, was an especially important gift for those who are now family members.

They were good people, but the situation has already reached its limit. She watched, with a slightly worried smile, as her beloved retreated to her room, and when she lost sight of her, she turned, determined, no longer smiling, and headed for the dining room.

'I think it's time to do something to end this situation', she thought with a mixture of anger and sadness. 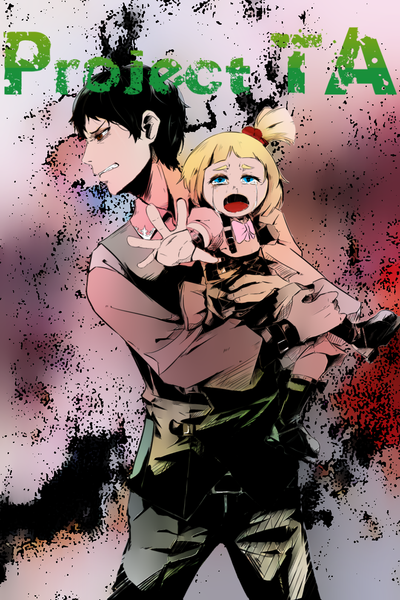 Project AT, the novel

In a country were people doesn't know war, in a world were the most precious thing is the Ether, extracted from meteorites, there is a little girl, Nayla.
After losing all she knows, she will have to face what she really is.
And one thing is for sure: she's not human.
Subscribe 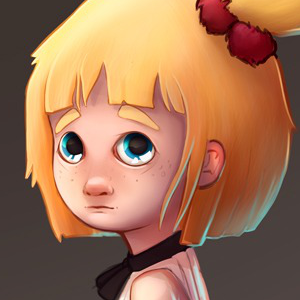