The Lover Who Carries the Scent of the Heaven

Like every morning, Nozomi woke up, accompanied by the singing of the birds. Especially that of a small Sparrow. Joyfully perched on the roof of his house, just above his window, the Sparrow was singing. On rainy days, the Sparrow would take refuge under the gutter to chirp without losing its semblance of breath, displeased with the clouds. His long, blonde hair, as pale as freshly harvested barley, beautifully reflected the first rays of the sun. As soon as he peeped, the sky seemed to clear, as if he were ordering the clouds to lift the veil over the valley. His presence announced to Nozomi that it was going to be a beautiful day. Rain, shine, wind, or snow, this small country village, not far from the mountains, was always bathed in light – no matter how weak it was during the long, winter days – and in the pleasant song of the Sparrow.

It was a small village established along a valley surrounded by forest, almost at the foot of a sacred mountain, known for its pilgrimage route, where the inhabitants lived a simple and peaceful life, praying the spirits to watch over them and their good harvest. All year round, through his window, Nozomi watched his beloved village. With its shades of pink, and a landscape of softness, accompanied by the first twitter of the nightingale, spring warmed hearts full of youth. Nature was slowly awakening from a harsh winter; the first strong, southern wind bringing with it the mist so typical of this season. A nocturnal mist that, on cloudless nights, darkened the moon, while the croaking of frogs echoed in the distance.

Floating from the rooftops, the large carp banners colored the houses a little more, giving the impression that they could fly away at any time. Stifling with heat and almost suffocating, the summer air, saturated with the scent of wisteria and iris, preceded the rainy season, which quickly covered the perfume of the flowers, leaving only the pronounced smell of petrichor. During this festival season, the temple bell resonated down the valley, mingled with the incessant sounds of cicadas. Ever since man first set foot in these lands, autumns have shimmered, adorning leafy trees with gold and fire, dancing and twirling in the four winds. The hubbub of stridulousness, especially those of the cricket, accompanied the sweet taste of the nashi and peaches, while along the paths that were lost in the mountains, incense and lanterns guided the valiant pilgrims.

The latter walked under the river of Heaven, along the immense mown fields guarded by tired scarecrows. And when the first snows covered the last fallen leaves, yellowed and withered, the great, white coat of winter, like the fur of an ermine, of an almost hypnotic silkiness, settled layer after layer.

This is the small village that Nozomi cherished.

Squinting his eyes, he stretched out and left the warmth of his futon, going to open his window. The sky was clear; he could work with his father in the fields without worrying about the weather.

“Good morning, Mr. Sparrow, thank you for your job. Even today, your singing has frightened away the bad weather.”

The young man never missed an opportunity to thank the songbird, even if the bird rarely only answered him with a few melodious whistles. Nozomi liked this little morning routine; he liked to walk down the stairs of the house, his short, black hair covered with spikes, and greet his old parents, already at the breakfast table, with a smile.

The days were peaceful. Working with his father in the rice fields, his family lived honestly and simply. As the sun set on this fairly ordinary day, the young man, loaded with two large bags of rice, walked along the path adjacent to his family's rice fields, bravely returning home. Somewhat bent under the weight of his burden, made of woven bamboo baskets and wickerwork, Nozomi was rocking them back and forth to the rhythm of his walk.

His skin was sun-kissed, so that a few spots appeared on his shoulders, cheekbones, and sometimes even the tip of his nose in summer. His muscular body was a testament to his strength and drive, but his chapped and ragged hands were a testament to his hard work. Day after day, the repeated weight of the bamboo bar, carrying his heavily-loaded baskets on his shoulders, forced him to drag his feet. Always damaged, dirty, and sometimes swollen by water. The work was exhausting, but he always kept a serene face, often with a candid smile. For him, he was living in a little piece of paradise.

“Would you give me some of that rice?”

A familiar voice startled him. He quickly looked around, thinking he had been dreaming. The voice resounded again.

“Don't ignore me; you really only like to hear me sing!

-Above you, human Nozomi.”

Putting down his scales, the young peasant stood up and lifted his head to the sky. Proudly perched on a branch in a maple tree, a creature with hair like a thousand strands of barley, embellished with feathers, stared at him. He had two large wings as arms in the characteristic colors of Japanese sparrows: white speckled with shades of brown. His eyes seemed as precious and shining as two jewels. His green irises, circled with gold, stared at him.

Nozomi had never seen such a magnificent being in his entire life. Books often conveyed the beauty of Sparrows, the immortal creatures that are half man and half bird, but Nozomi had no idea how captivating their existence was. As the wind lifted the sections of the Sparrow's short gold and silver embroidered kimono, the laughter of the Sparrow brought him out of his contemplation. The breeze partially unveiled his legs, or rather, his claws. The creature had the shins, tarsus, fingers, and talons so characteristic of birds. The Sparrow came down from his perch to face Nozomi, bending over to examine him better. He circled around Nozomi, as if the Sparrow was a vulture in another life, but, intimidating as he was, Nozomi also took the opportunity to observe the hybrid. They both began a strange dance, scrutinizing each other with curiosity, but without mistrust, without malice… just fascination. 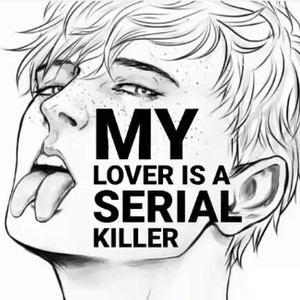 I'm deeply entranced by the way you set the scene! I'm looking forward to reading more :> 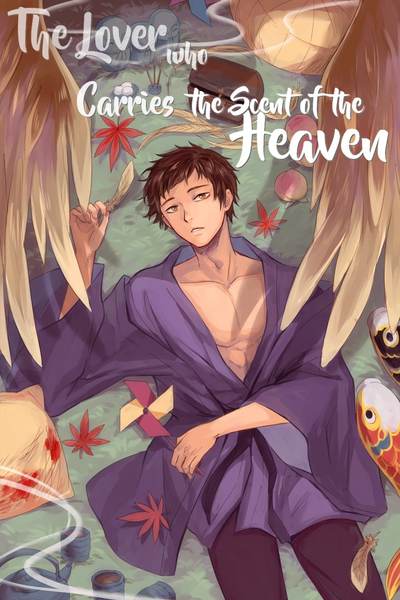 The Lover Who Carries the Scent of the Heaven

Thank you for your interest in my novel!
"In the valley, we hear a sad song…
In a twitter, he sings for the day to dawn. The lover makes the clouds and the rain flee, so that his love never forgets their happy days" 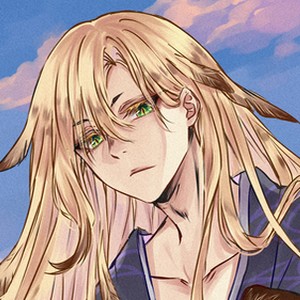