He lifted my hands to his lips, kissing the back of them gently. "I really wanted to have longer with you, but I suppose I have to give up. Even I can tell...I'm exhausted, Nisha. So drained. My will to be by your side is the only reason I've lasted this long with this relapse. Just another month, just one more week…! A day, even. But, now that's reaching its end."

I shook my head silently, hot tears pricking my eyes as I gazed at Jack in alarm.

"I don't want you to see me when it gets really bad. I don't want your memories of me to be a broken, skeletal, ugly husk. So, before that can happen, I'm giving myself to you. Don't deny me, Nisha, please. I'll look different and I'll act differently. But don't doubt me, because I really do love you. We're soulmates, even if you don't know it or can't recognize it. My connection to him made that blatantly obvious when I first laid eyes on you."

"Shh." He pulled me into a hug, his arms shaking around me. "It'll be okay. Don't be afraid, I'm not going to disappear completely. I swear I'll make sure he does everything in his power to treat you right and take care of you. I promise, Nisha," he whispered brokenly into my ear. "So don't...don't abandon me, okay?"

Whimpering in pain, reacting to Jack's own sorrow, I shook my head again. "I won't," I squeezed him tightly back in a hug.

He let out a strained laugh. "I'll hold you to that promise."

Letting go of me, he moved back, before grabbing my hand and placing it on his chest. "Okay, say the words now. Keep saying them until you grab hold of the stone inside me. Then you just have to pull it out, alright?"

His expression shifted in a mixture of determination and tense nerves as he tried to smile reassuringly.

I blinked, confused. "Mother Frost said you had to say the words and—."

Jack pressed a finger against my lips, shaking his head. "We can do it this way as well. Just promise to be very careful with the stone. It'll hurt me if you hurt it."

I gazed at Jack for a few more minutes, recognizing how serious he was about doing the ceremony this way.

Jack’s face twisted in pain, but he bit his lip, resolute acceptance making him look years older than he actually was. “You have to say this too,” he instructed me, saying the words in a slow, careful manner.

Gulping, I stared into his eyes, something making me believe that if I didn’t say what he told me to, he would still end up dead despite everything.

Brilliant white light burst out of Jack's chest, my hand sinking inside him like pushing through the surface of water. He let out a few pained groans around more coughing, his skin pale and his lungs making even more of those wheezing sounds. But every time I started to hesitate in worry, he'd encourage me to keep going in a strained voice.

The sensation of a hard, cold object filling the palm of my hand made me smile in relief. "I, I grabbed it!"

Nodding quickly, scared by how weak Jack's voice had gotten, I finished repeating the words a second time. Simultaneously, I slowly brought my hand back. Mother Frost had told me repeatedly that if any movements were jerky or fast, horrible things would happen.

Clenched tightly in my hand was Jack's soul stone. It radiated a faint aura of cold around it, causing goosebumps to break out along my skin as I gazed at my prize in wonder.

It was a very light blue aquamarine stone cut into a teardrop shape, about the size of half my palm. Covering the surface of the gem sporadically, tiny diamonds had been placed in a way that resembled how frost crept along surfaces.

A low groan of confused pain returned my attention to Jack. Only….

Right before my eyes, he was changing.

Originally, Jack had always been haggard and wan, his brown hair often lifeless and thin. The only signs of life had come from his eyes, though when he was suffering a bad relapse, those tended to dull as well.

But, sitting not more than a foot in front of me, his body was filling out. I watched as some muscles began to form, where once only skin and bones had existed. While his skin remained pale, it was no longer completely ashen in shade. His face filled out, removing some of the sharp angles of his cheekbones and jaw.

Lastly, starting from the roots, his brown hair melted into blonde. As if someone had poured a bucket of pale blonde dye over his head, the color cascaded down until stopping at the tips. Even his eyebrows changed color, before Jack's eyes opened in a pained squint.

"Wha…?" he mumbled in a slightly deeper voice than before.

My eyes grew wide and my fingers squeezed around the soul-stone in reflex as I saw that Jack's eyes were now a very bright blue.

While I sat in stunned silence, shaking in fear that this stranger had appeared, the boy moaned in pain, bending forward.

His hand at his chest, he squeezed it tightly, his attention pulled to me. "You…!"

Blue eyes widened in amazement as he gazed at me in wonder. "You're—!" He lurched forward, gripping my arms tightly. "I've been waiting! Why did you make me wait so long, jhenmu?!"

I tried to jerk back, afraid, but he was too quick. His hands moved up and cupped my cheeks before his lips lowered and…!

I found out what I'd seen done by adults on TV felt like in real life.

My heart began to pound like a jackhammer as his cold lips met mine. I was terrified it would burst out of my chest!

Something warm and moist brushed along my lips, making me let out a peep of fear. Then that thing, which I quickly realized was the stranger's tongue, slipped into my mouth.

His tongue was hot, much hotter than his lips, but those were becoming warmer with each frantic beat of my heart. As his tongue explored my mouth, a shiver ran down my spine.

At this point, I was so scared, I couldn't stop myself from panicking completely. My hands squeezed the stone so tightly that some of the diamonds cut into my palm.

The boy let out an agonized scream and I used the opportunity to shove him away and jump off the bed.

Running to the door and throwing it wide open, I began to scream at the top of my lungs. "HELP!! SOMEONE STOLE JACK!!!"

Behind me, the boy was crying out in fear and alarm, his voice breaking in panic. "No, jhenmu, don't leave me! I just found you. I beg you, don't disappear from my side again!"

I froze at his words, turning slowly to look back at him.

He was lying on his stomach on the bed, his face twisted in pain, tears streaking down his cheeks. His blue eyes stared at me like a desperate man who'd found the one thing he needed to live. 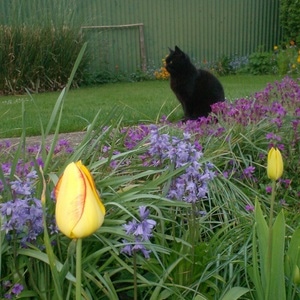 Ooh, interesting!! I shall have to look up what the Latin for the spell means! 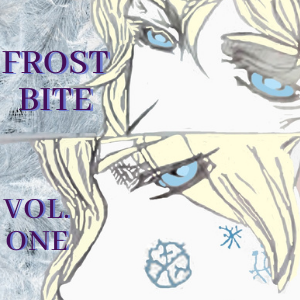