Well, hello there, it is so wonderful to meet you today. You might be asking, “who are you?” I am someone who wants to tell you a story. Then, you will ask for my name, but I won't give you one, not for the moment. However, you can call me, Narrator, for that's what I am, and I'll call you Reader. It wouldn't be fair if you were the only one with a name. Now then, enough about that, you're here for a tale of wonder and adventure. With that said, sit back, relax, maybe with a drink or food in hand, and enjoy the story.

This story begins in the first day of spring, on a day with a bright sun and clear skies. In the distance, one can see a magnificent city, surrounded by a long and sturdy wall made of stone with a single iron gate as its only entrance. You might wonder, “why isn't there a gate in the back?” To which I would reply, “what's the point of a gate in the back when there's a cliff right behind it?” At the bottom of it, there's nothing but a sea of trees, which could save a very lucky person from a fall. Walls are strong against a siege, but natural protections can be just as effective, if not more. I'm making the city sound very intimidating, don't I? Do not worry, for there's a lush plain in front of the city, with a few farms scattered here and there. Of course, they can't let this go to waste, so they have their cows and sheep grazing on the fields. In the middle of them, there's a road leading straight to the city, and the mighty iron gate is completely open to all visitors. Let us take a look inside and see what these walls hide from sight.

Concealed behind strong defenses lay a bustling city, with its citizens going left and right, back and forth, doing this and that, so much going on inside of it. However, this story will take us to the marketplace, which is situated in the middle of this large town. This brings a very small comfort, for there is just as much activity in this place as anywhere else. Stands fill the middle of the square, with merchants moving, selling, yelling, competing with other sellers, just doing anything that would get them a sale. Meanwhile, the shoppers go from one stall to another, looking, inspecting, trading, bargaining, doing anything to get what they want without spending too much coin. A lot is going on, let us focus on a single merchant, who's trading some delicious bread. This bald man, with a black beard and dark complexion is wearing a plain shirt, trousers, and an apron. He's also sporting a potbelly, and one could suspect that its creation would involve his trade. Now, I want you to take a moment to behold this man, who's swinging a bell in hand and yelling for customers to see his delicious goods, is not our protagonist. It would have been pretty impressive if he was, don't you think?

Do not worry, our main character just so happens to be walking towards the baker. Here's where the wonder start to happen because the one with the main role of this tale, is nothing more than a slim ten-year old girl named Ava. She has medium-length shaggy black hair, with a light complexion, and blue eyes. She's wearing a light yellow shirt, brown pants with a belt, and brown shoes. Sounds like a regular peculiar child, doesn't it? Well, what if I tell you that this young lady is carrying on her left hip a scabbard with a sword inside and a shield on her  back? Now, the new question would be, can people carry dangerous weapons in the middle of the city? That question is about to be answered by our friendly guard that is walking towards Ava. He's a tall man, wearing an iron helmet, breastplate, leather gloves, boots, and pants. For weapons, an iron sword in its scabbard, and a dangerous looking halberd in hand. Each step they take gets them closer and closer to each other, until they're only three feet away from each other. Then, nothing happens, no yelling, ordering, screaming, or anything that would cause a panic. Instead, they just walk past each other, not even acknowledging one another. You see, people are allowed to carry weaponry on their person, as long as they're not drawn in public.

With that explanation out of the way, Ava reaches the baker's stand, and the good man notices the girl. A smile appears on his face, puts the bell away, and greets a familiar face.

“Hey, kid! It's good to see you again!” says the bread seller to our protagonist.

“It's good to see you too, sir,” answers Ava while looking at the adult behind the booth and returning the smile with another one.

“What's it going to be today, young friend?”

“Coming right up.” The bald man kneels behind his stall to grab a leather bag, and starts filling it with Ava's order. Everything was well, until he started speaking again, but with a hint of worry in his voice. “By the way, have you heard the news?”

“What news?” asks Ava. The trader gets up from behind the counter, and she could see the worry in his eyes.

“Crime is on the rise in the city. Word is that someone is selling high-quality weapons to the criminals in the area.” A moment of silence between them. It was very unusual for Ava to see the cheerful merchant go silent like that, and even more when he drops his gaze to the floor. His mind was in another place, and it showed in his look that it wasn't pleasant at all.

“Sir?” asks Ava, confused by such a sudden change in his demeanor.

“My brother was attacked last night. He's lucky to be alive,” the pain could be heard in his words, a vulnerable moment for such a big and outgoing man. The girl is at a loss, not having the slightest idea on what to do to alleviate the heavy atmosphere between them. The baker lifts his eyes from the ground and looks at Ava. Startled by the worried expression in her face, he composes himself, and puts back his usual smile.

“Sorry, didn't mean to drop the mood like that. I'm sure the guards will find the culprits and lock them up for good, right?” says the bread merchant, but doesn't receive an immediate response. Ava simply stares at the adult, and he was very dull because he didn't find anything strange about it.

“Right,” says the girl with a forced smile, which goes over his head.

“Anyways, here's your bread. I'll make one of them free as an apology for taking too much of your time.” He puts the bag with bread on the counter.

“Great! Thanks!” says Ava with a big smile, happy to receive something for free. She puts a hand inside a pouch that was hanging on her belt. She pulls out enough coins to pay for three bread, leaves it on the counter, and grabs the bag with food. The baker takes the money, and puts it in a container.

“Always happy doing business with you. Have a good day, kid,” says the bald man with his usual smile.

“You too.” Ava starts walking away, while the merchants grabs his bell and continues to do his business. She goes towards an alley, but the friendly smile that was given to the baker is gone. At that moment, there was no signs of emotions, kept blank by the information that remained in her mind. Once Ava reaches the alley, she suddenly stops, and looks at the ground in sadness. After a few seconds, she looks towards the direction of the marketplace, and back to the floor.

“I'm sorry,” Ava whispers out of shame and guilt. However, knowing that it won't change what has been done, she shoves those feelings down, looks forward, and walks away.

As Ava continues walking down the alley and passes an alleyway to the left, three mysterious individuals hide around the corner. They sneak a glance at the girl, look at each other, and nod at each other without a single word.

What are they planning to do to Ava? Maybe they're friends, or maybe not? Who knows? Of course I know, but I'm sure that you have other things to do, so we'll stop here for now. You can always come back whenever you're ready to continue.

Until next time, good Reader.

Hello, everyone. As some of you know, it looks weird that I'm writing the story, when I have it as comic. The reason is that this will be faster than the comic. Technically, it should take me at least 2 days to finish one short chapter, but work takes most of my time.

Anyways, it should be the same as the comic, except that I might make a few changes than planned, and the comic will try to follow the novel version.

I hope that you enjoy this, I'll try not to make them too long, and wish you a good day/night.

I instantly connected to the writing style, the storytelling, the characters. If you have some great stories like this one, you can publish it on Novel Star, just submit your story to hardy@novelstar.top or joye@novelstar.top 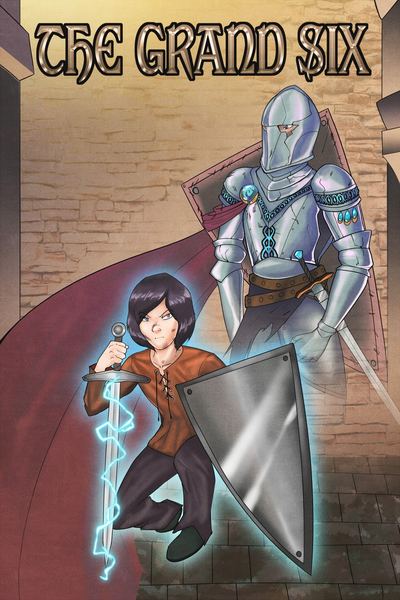 Hello, my name is of no importance, but you can call me Narrator. It wouldn't be a fitting name if I didn't have a story to tell, but I do have one. It's one full of magic and wonder, conflicts and perils, friendships and love.

My story is one of a small child from the slums, who will try to become a hero in a world where evil is rooted into the deepest and farthest parts of the world.
Subscribe 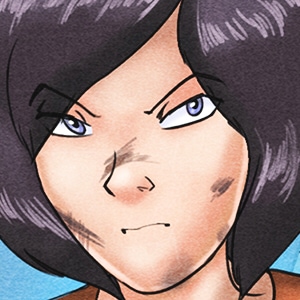