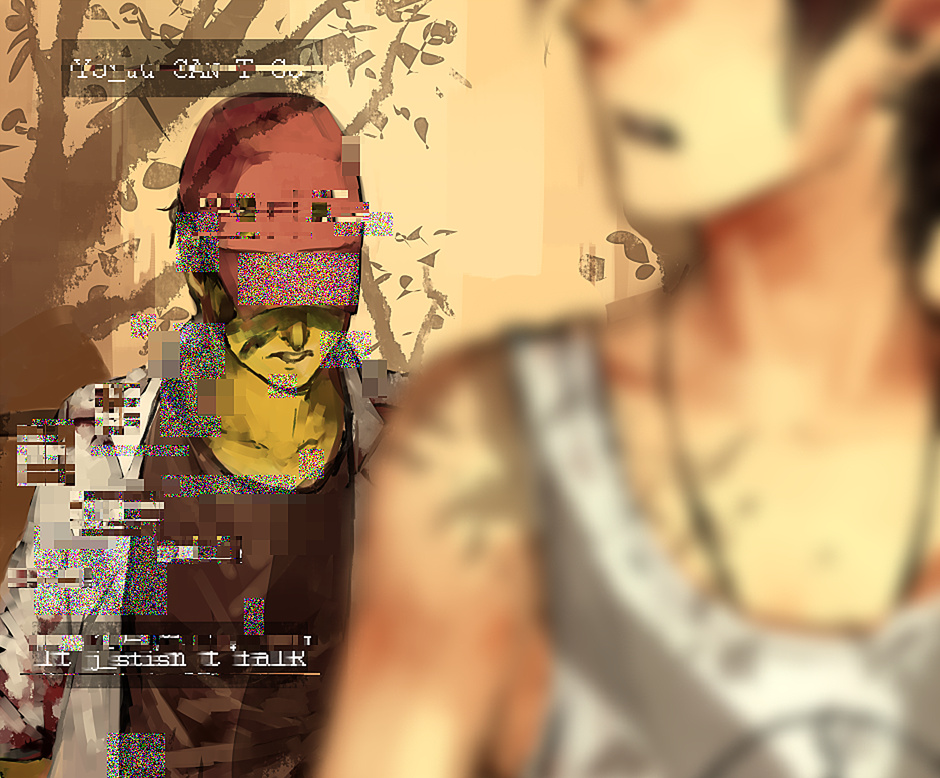 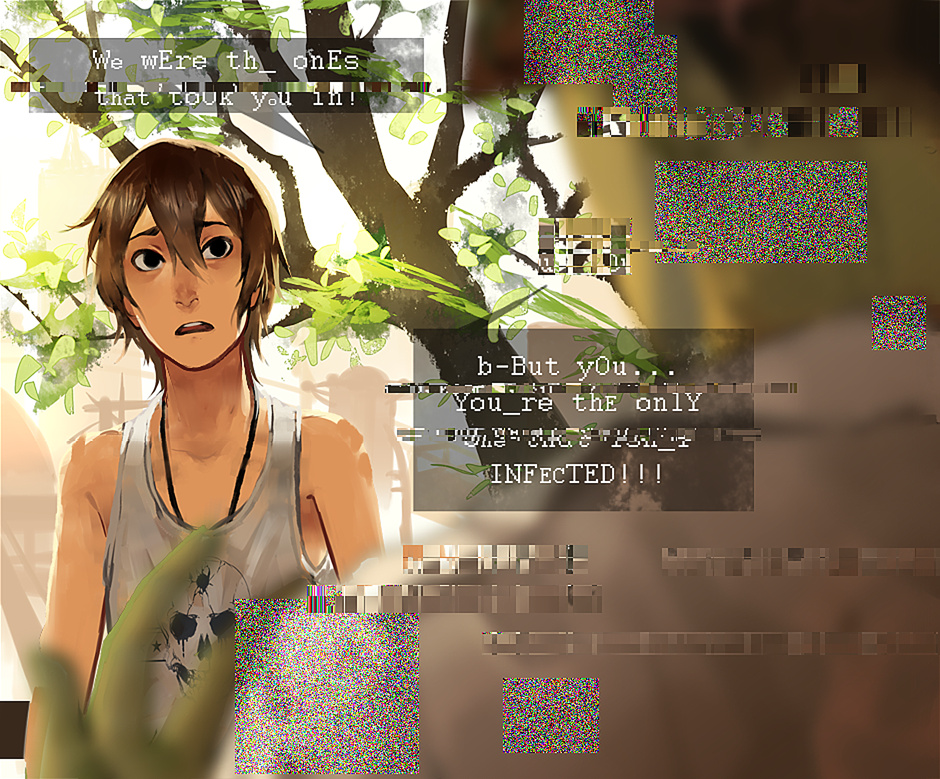 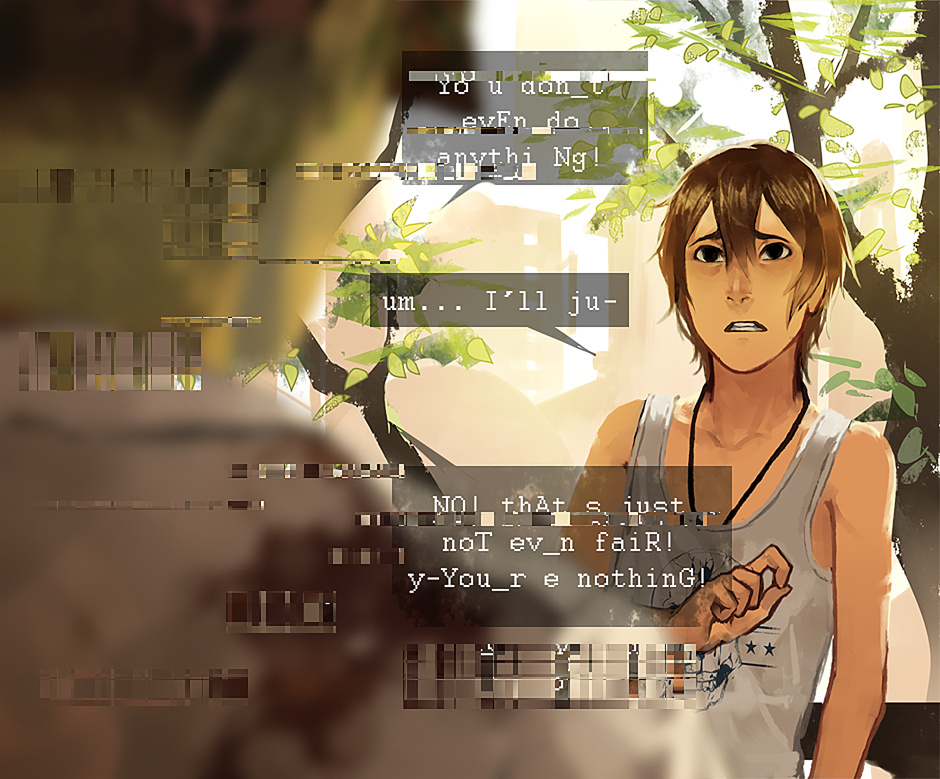 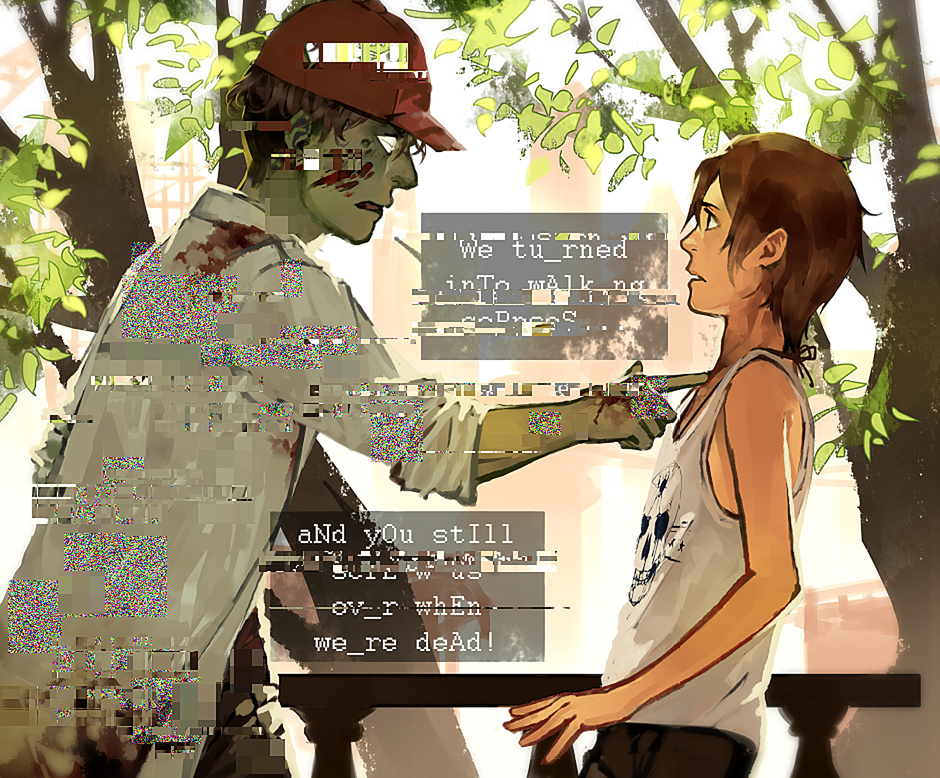 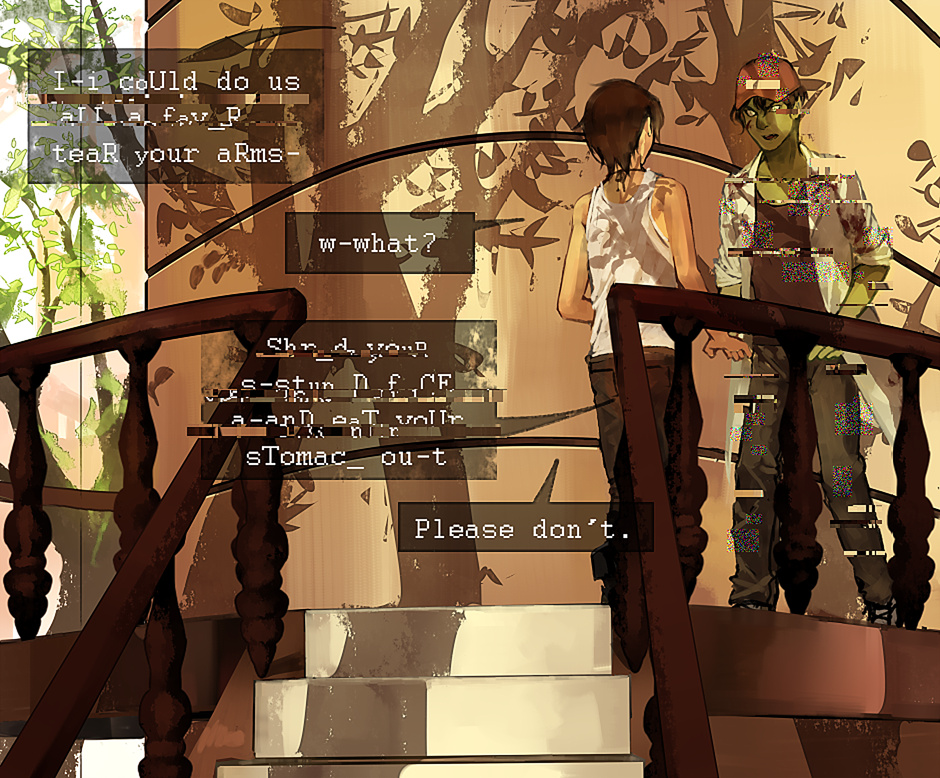 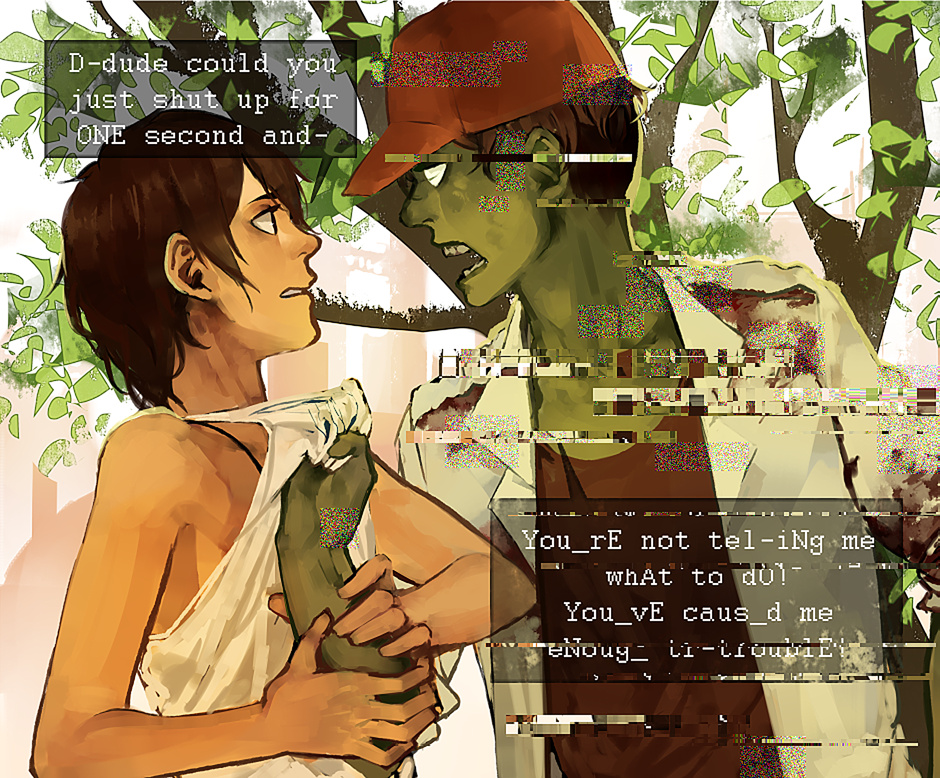 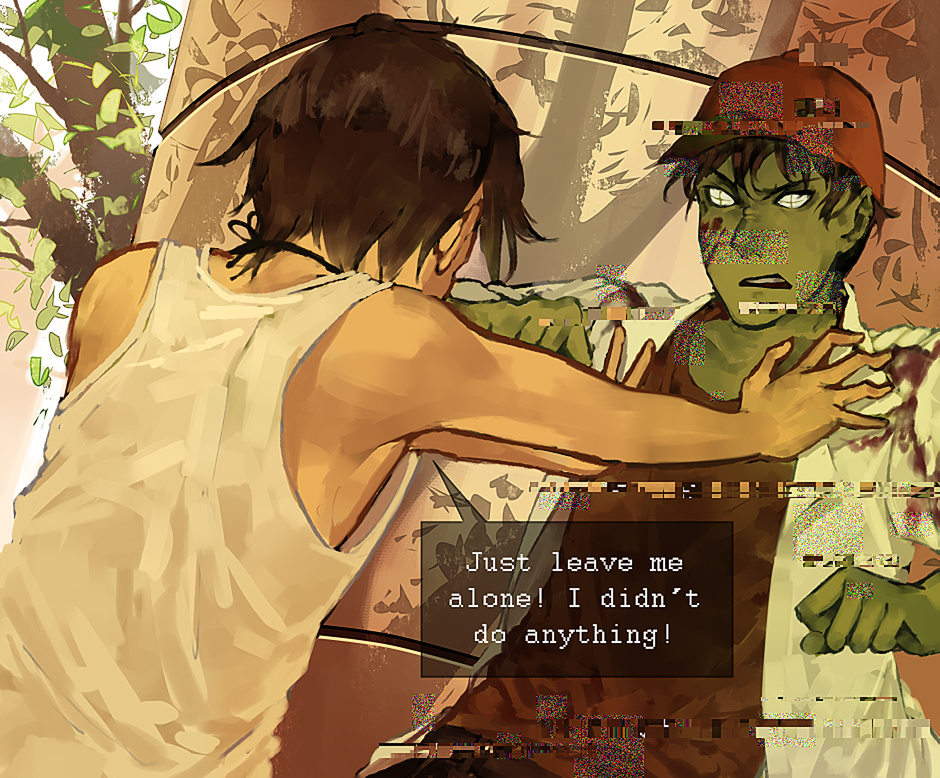 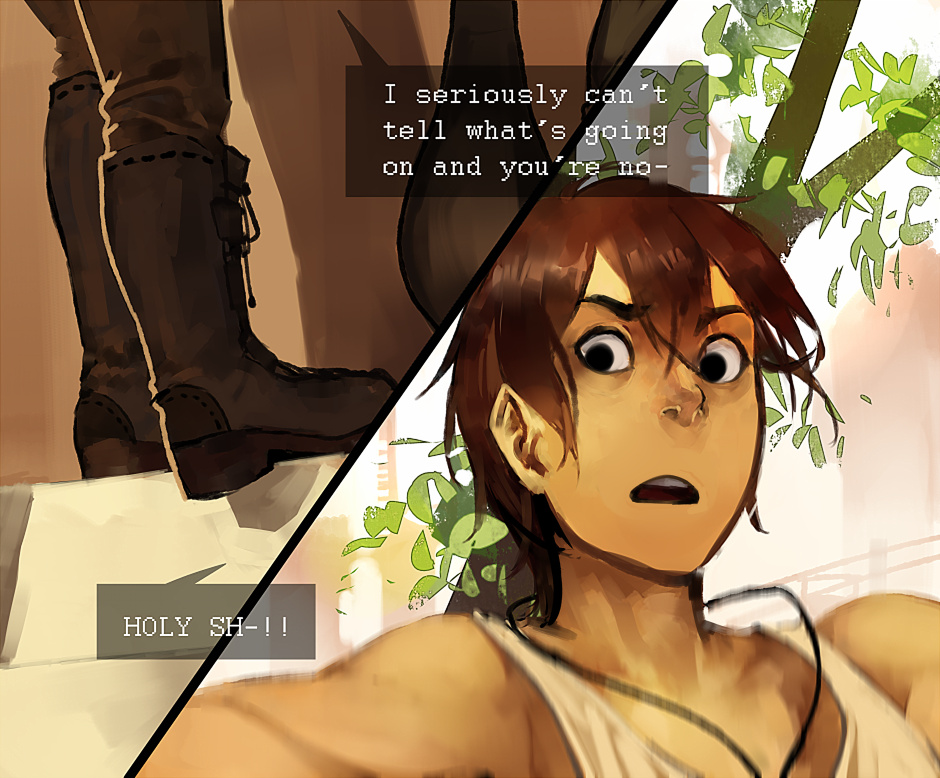 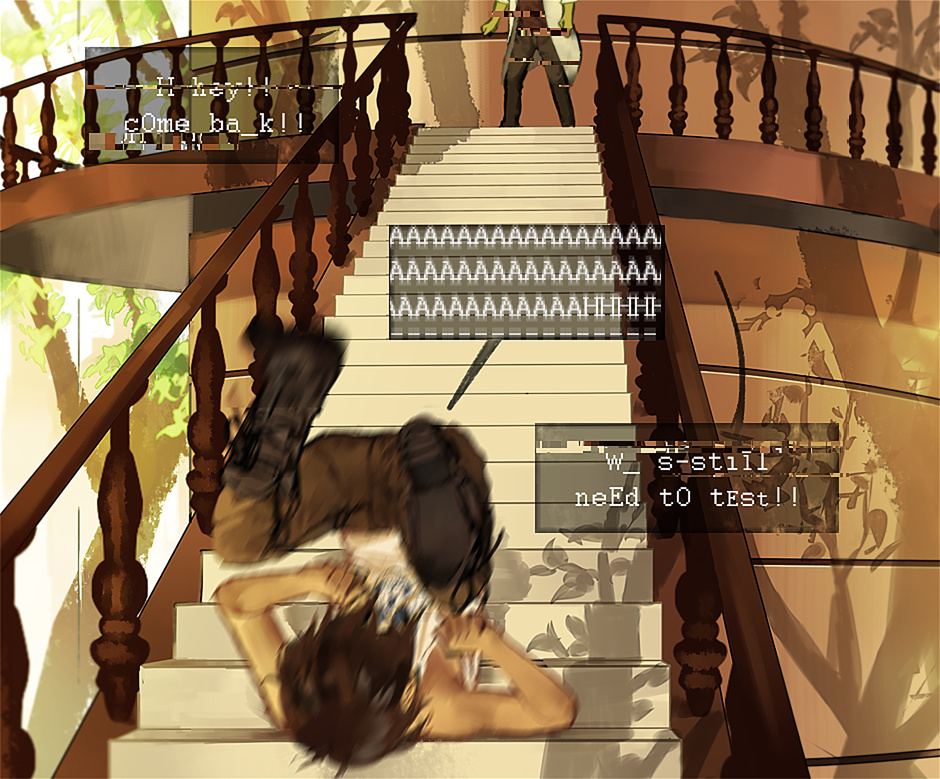 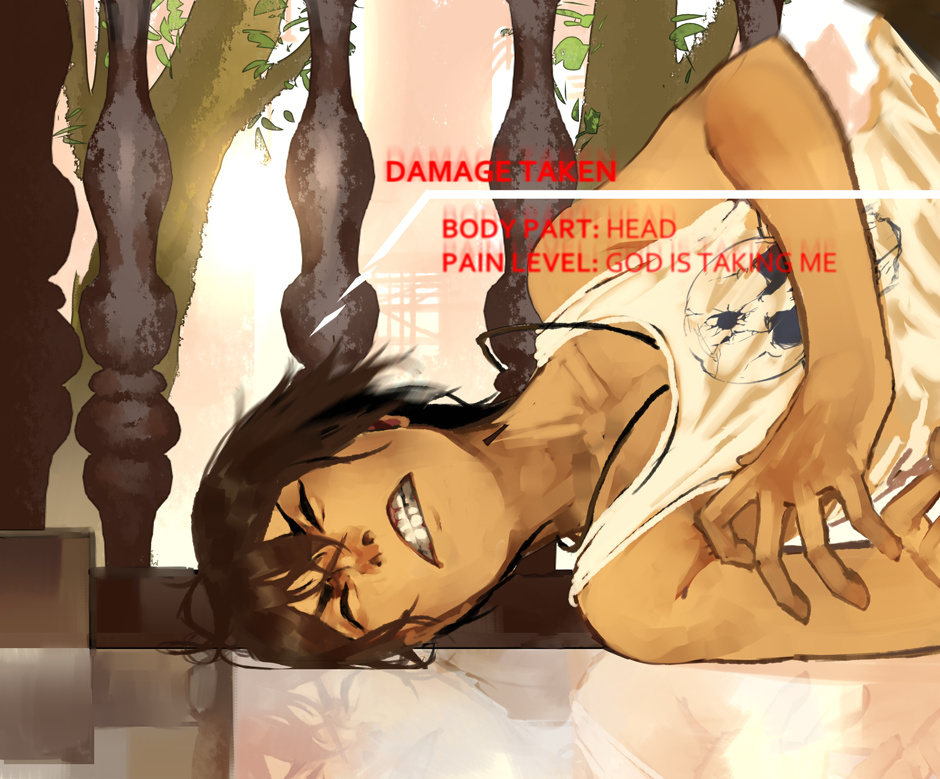 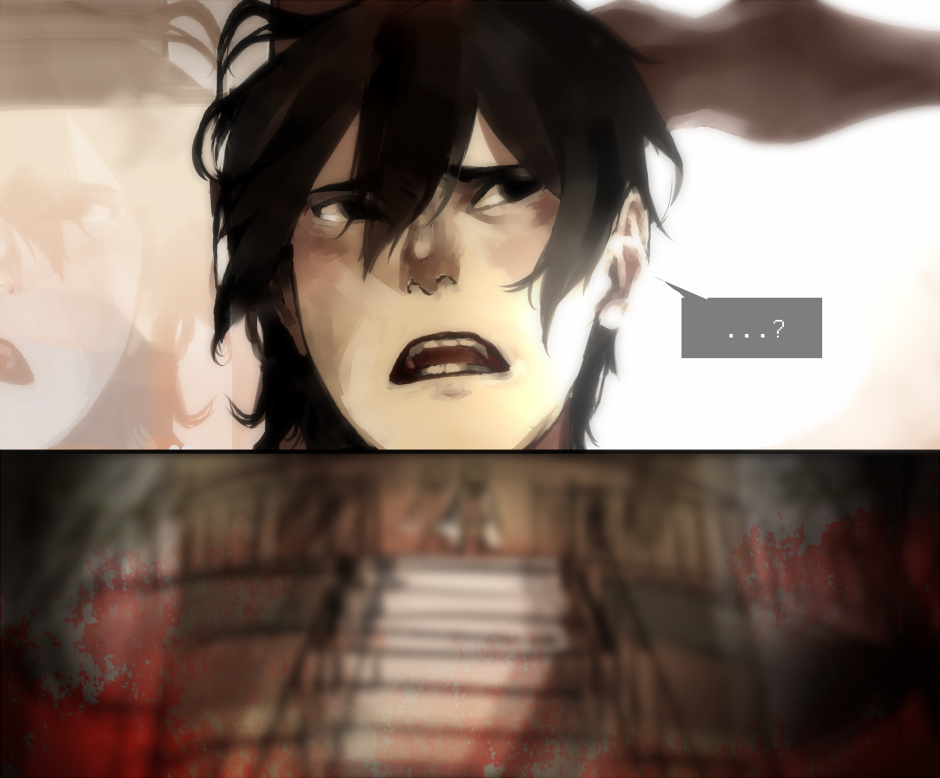 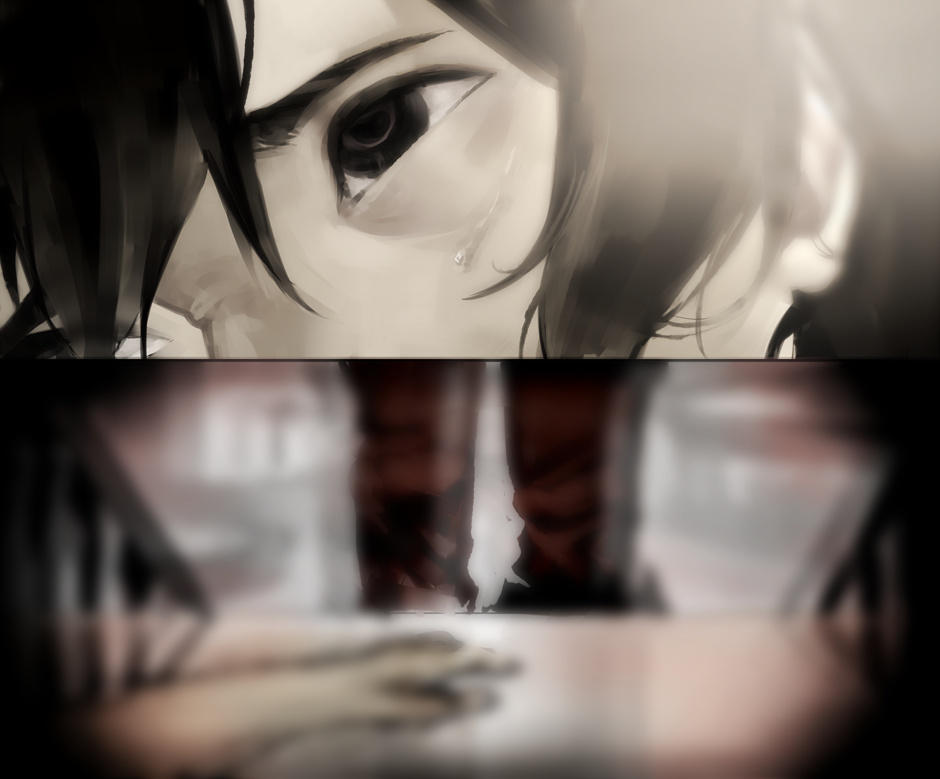 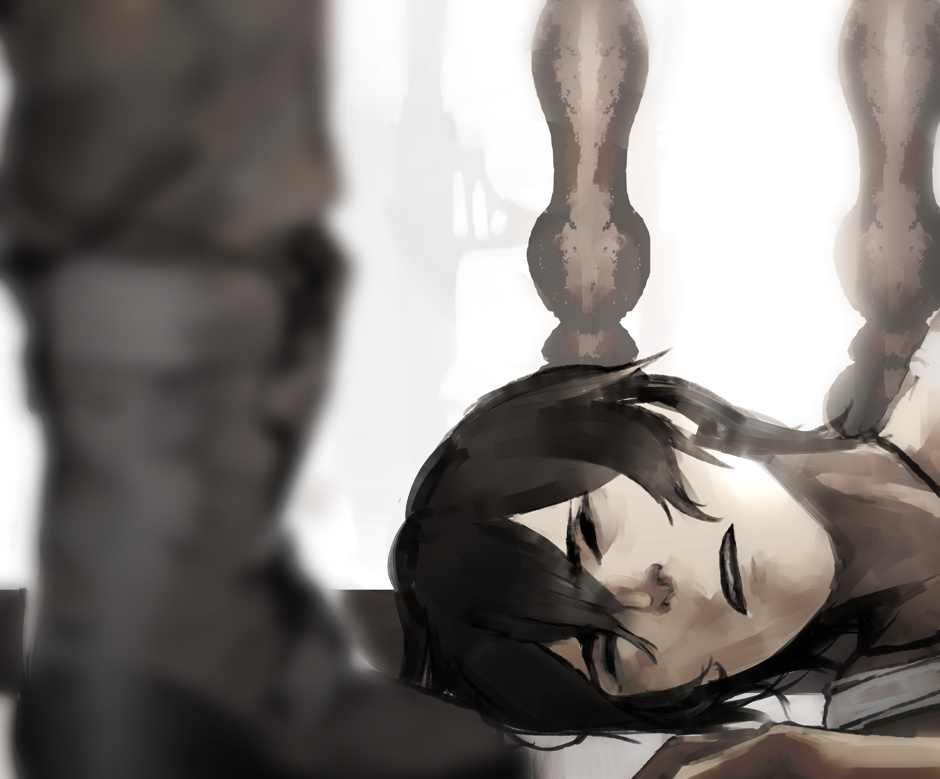 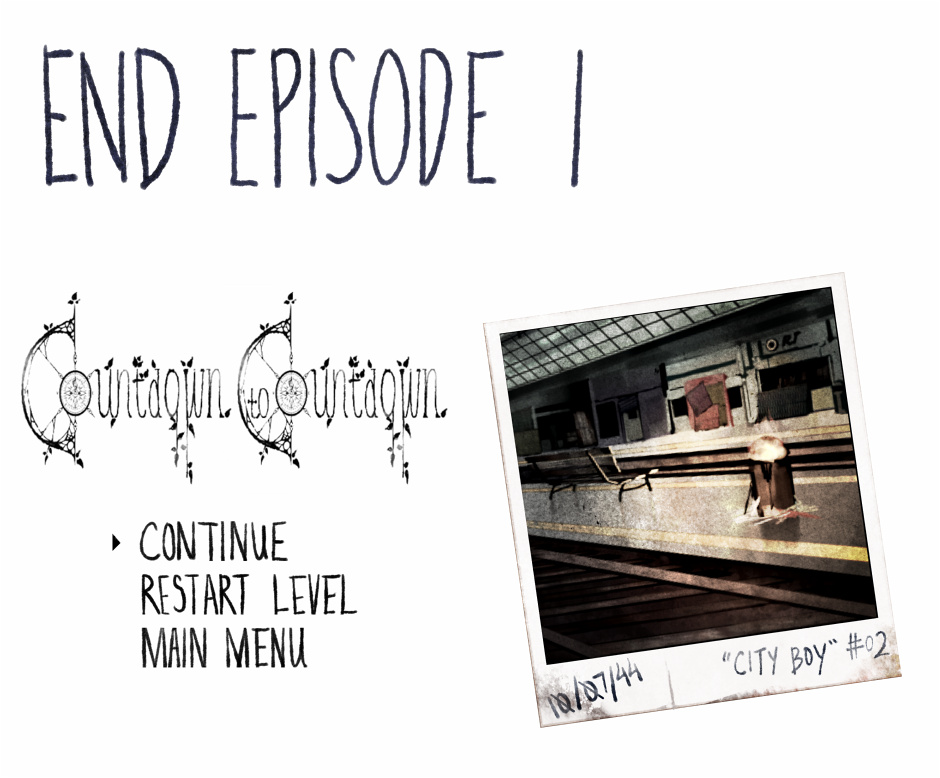 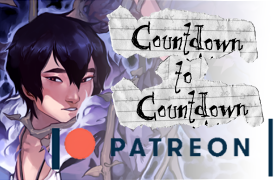 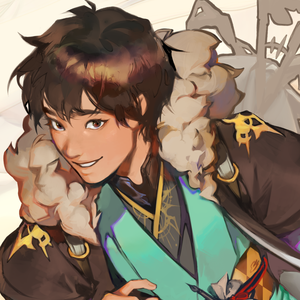 In which Iris gets reKT

Annd we've finally finished up the first episode of Countdown to Countdown! It's a very slow start but I promise it's going to (finally) start picking up and hopefully get interesting.

I'll be uploading this chapter's extras next week and perhaps post some guest art if anyone wants to draw some fanart of this comic? (If you want to, just PM me please!)
Afterwards there'll be one or two more weeks of hiatus until I start posting episode 2 so I can catch up with the buffer panels. Thanks! 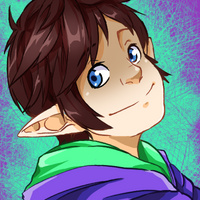 "God is taking me" is how most pain feels. xD But ouch. That's a loooot of stairs to fall down! Hopefully someone else gets to Iris before the infected person does...

I love the game-vibe to this. :D This should totally be a visual novel type of game or something (I may have said that before but the point still stands). LIS yuss. 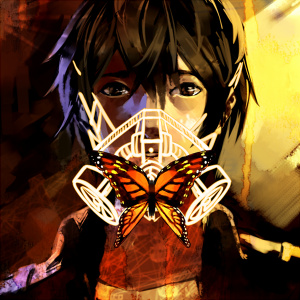 Iris is a young man with the gift to bring pieces of artwork into reality. 5 years into an apocalyptic outbreak, he's holed up in a lab that shelters "problem" children. Between his failed experiments, deteriorating mental stability, and being ridiculed by other members of the lab, he doesn't think life could get any worse. Life agrees to disagree. 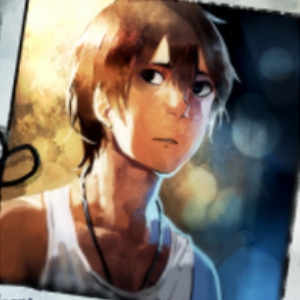