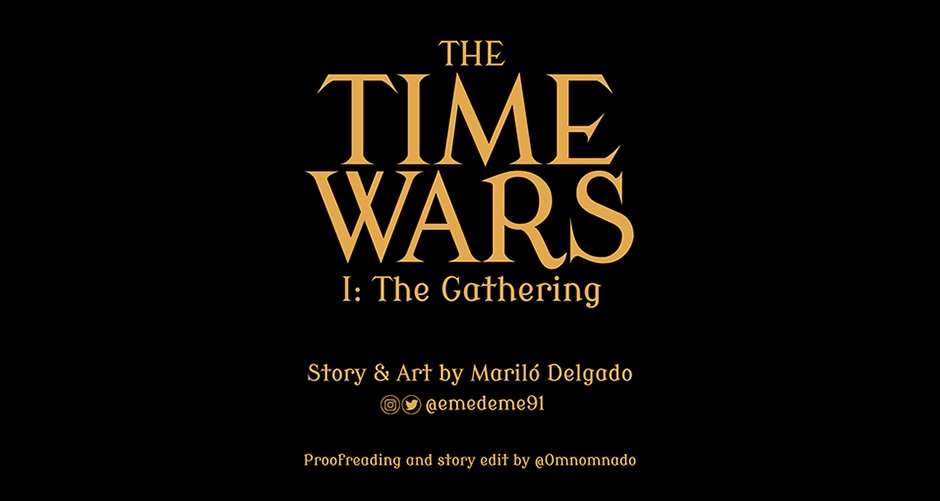 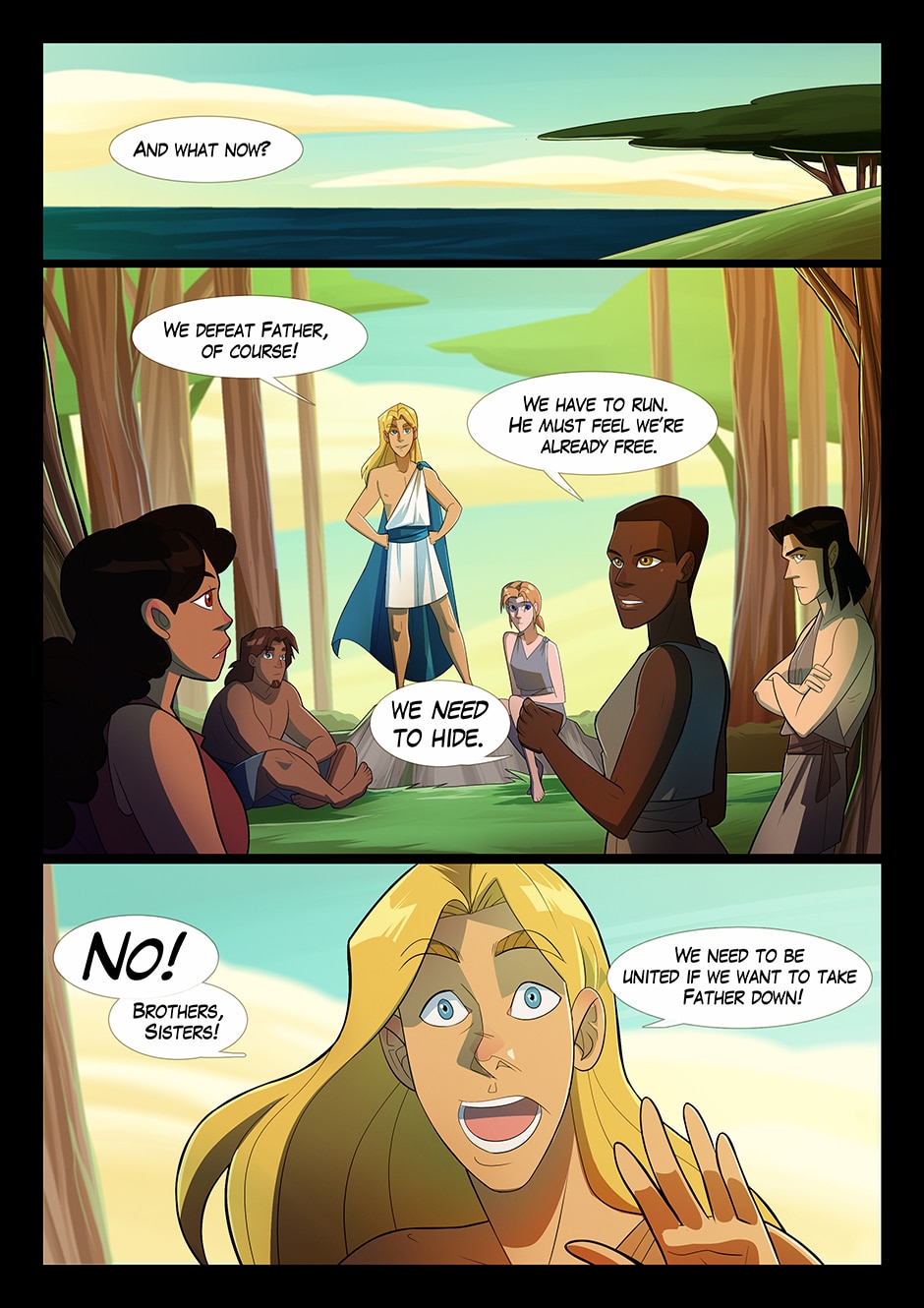 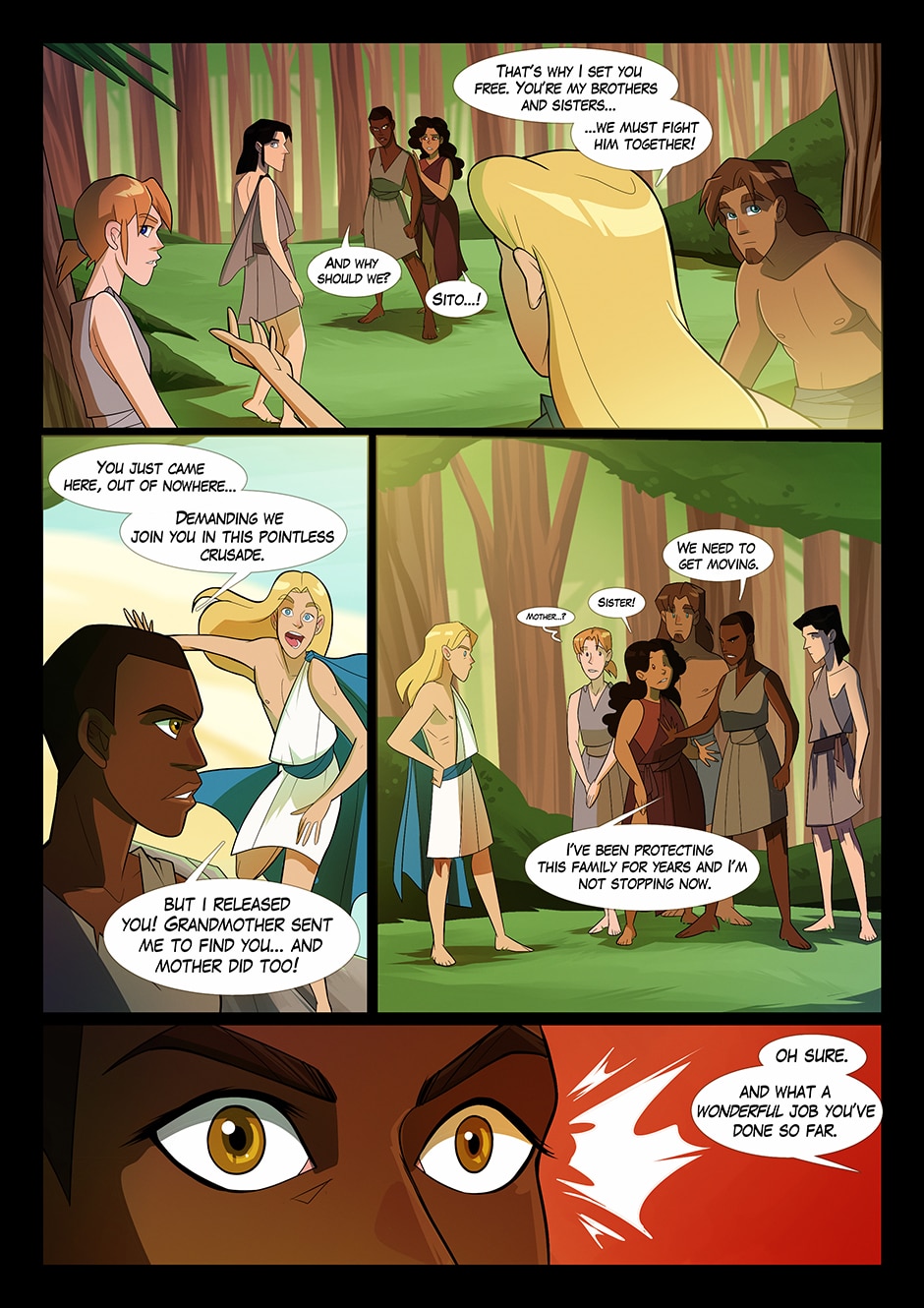 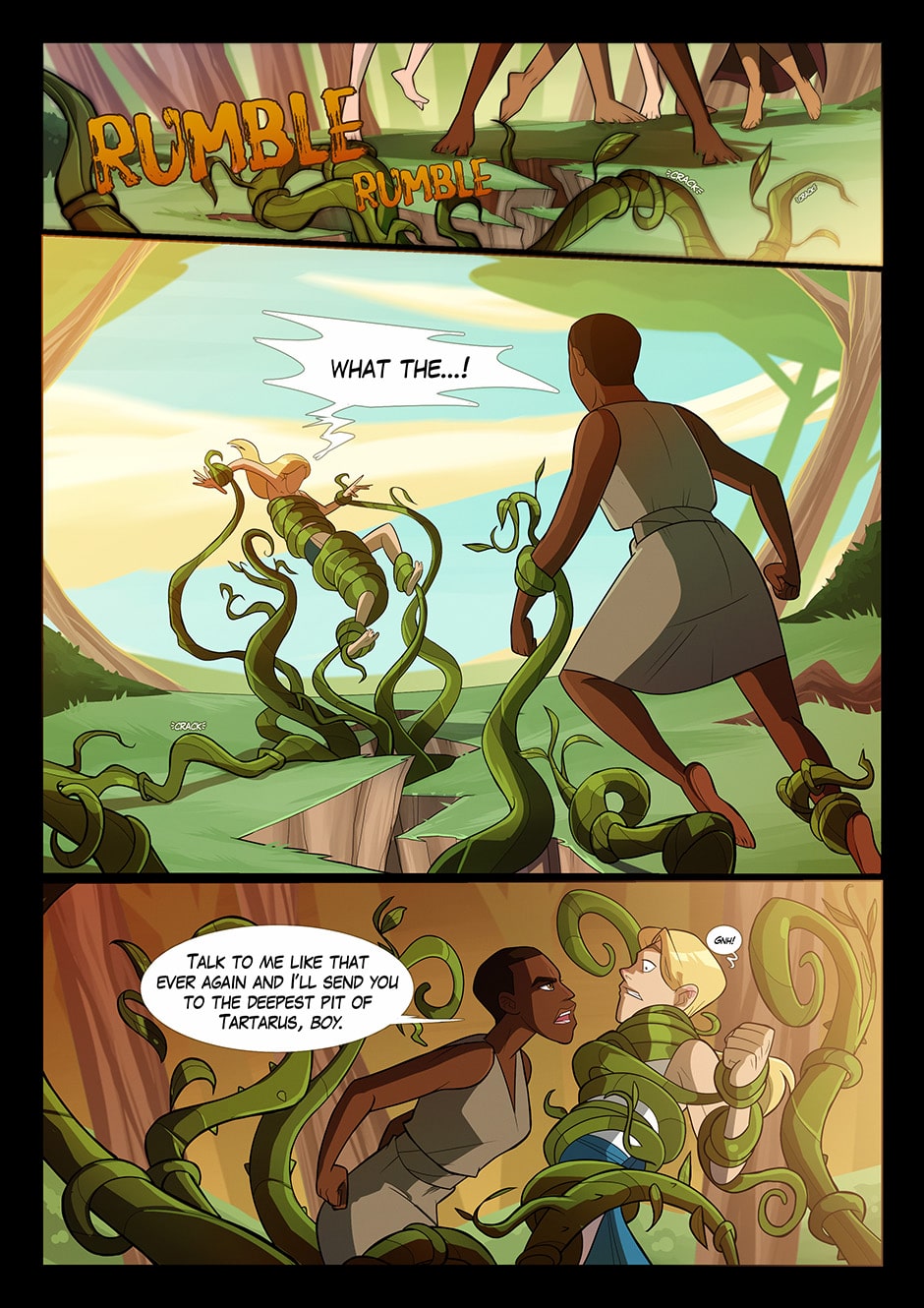 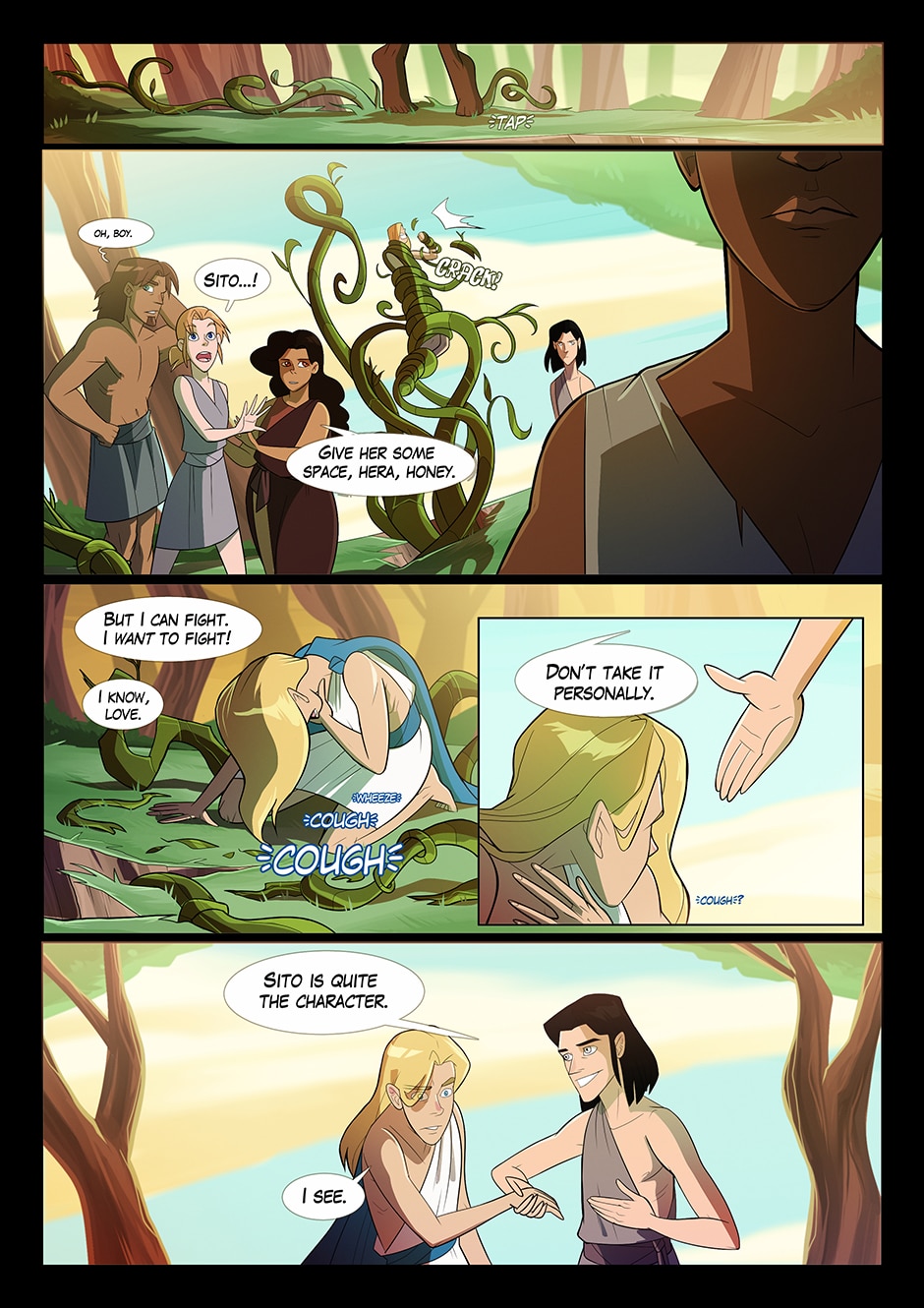 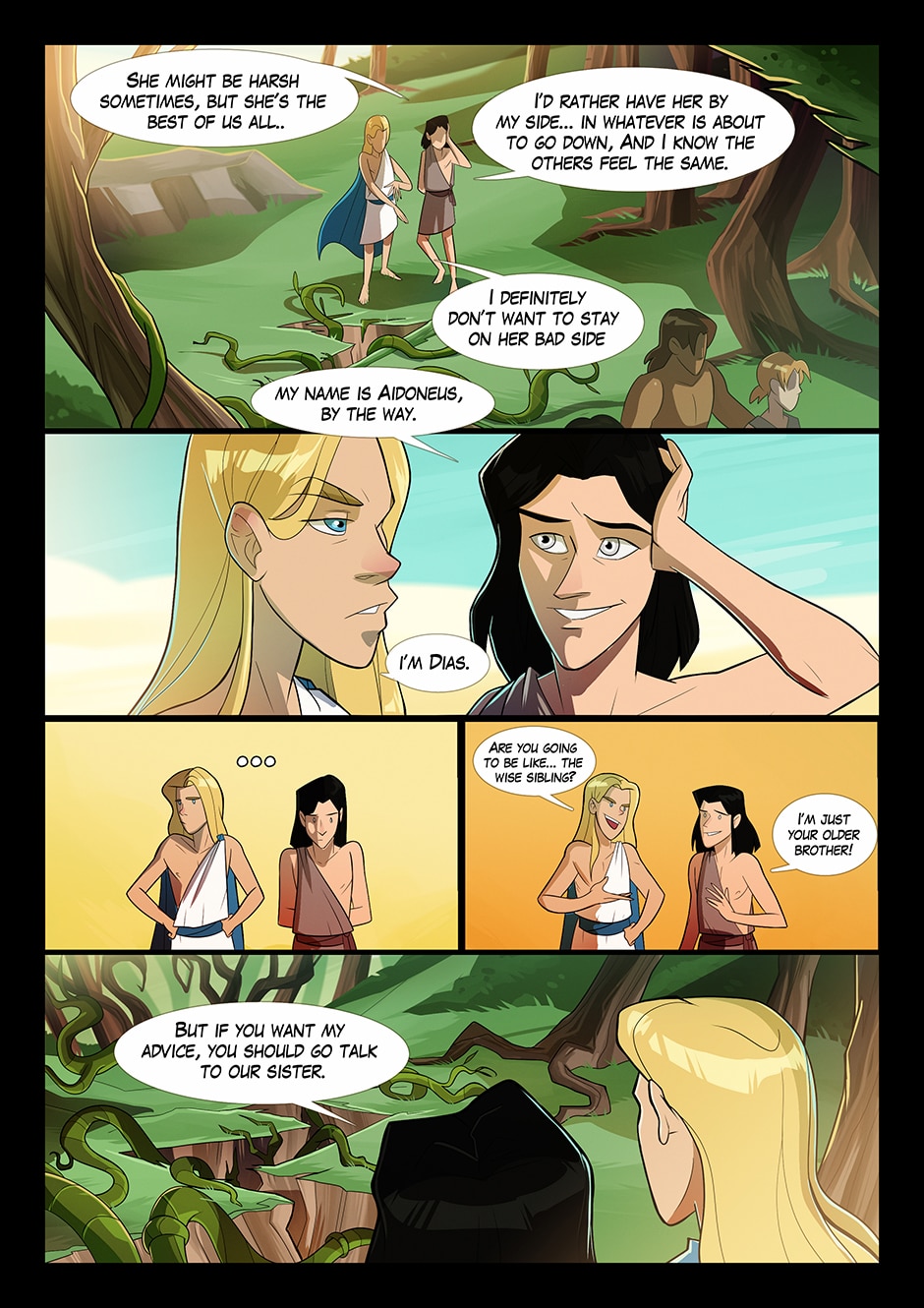 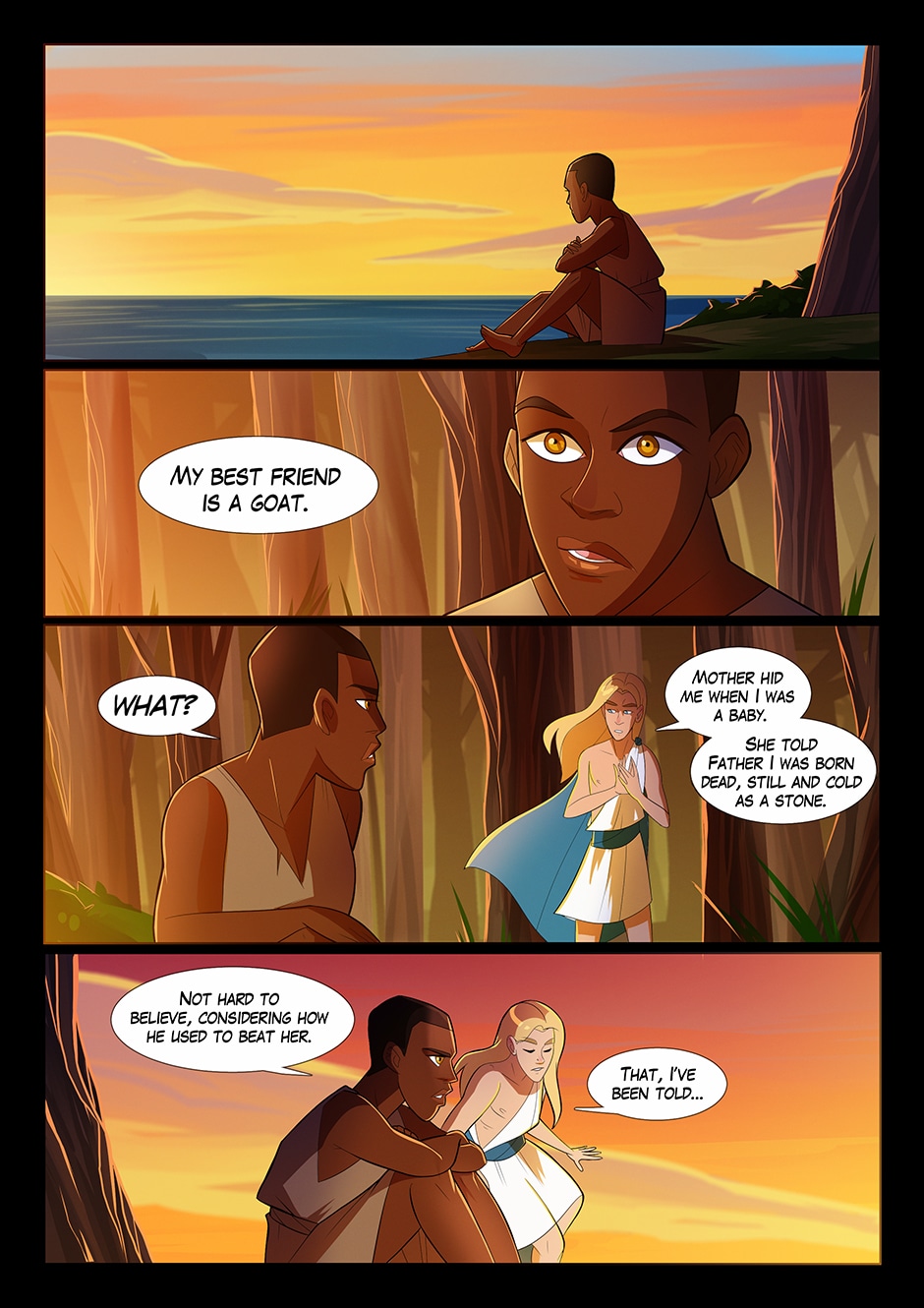 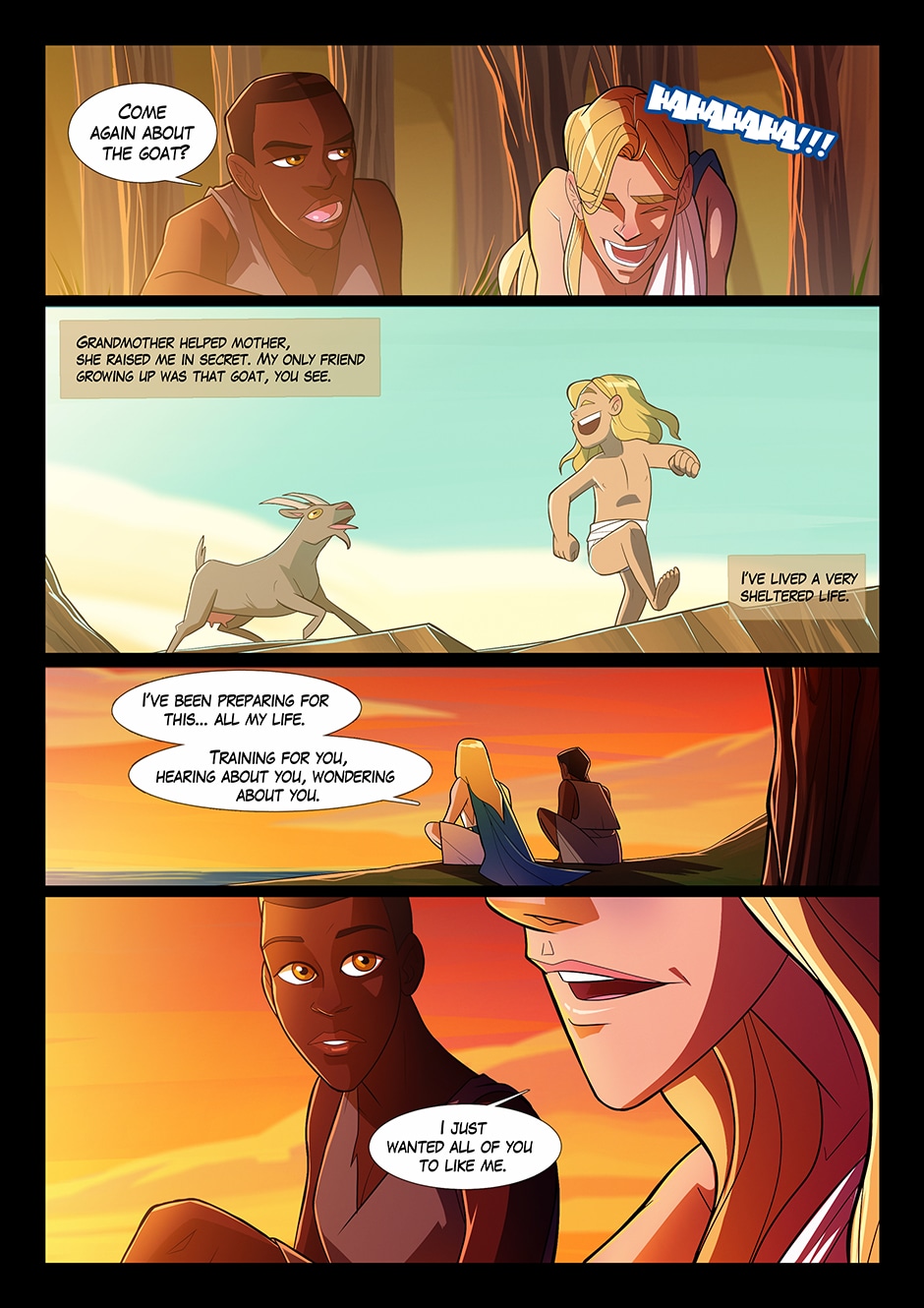 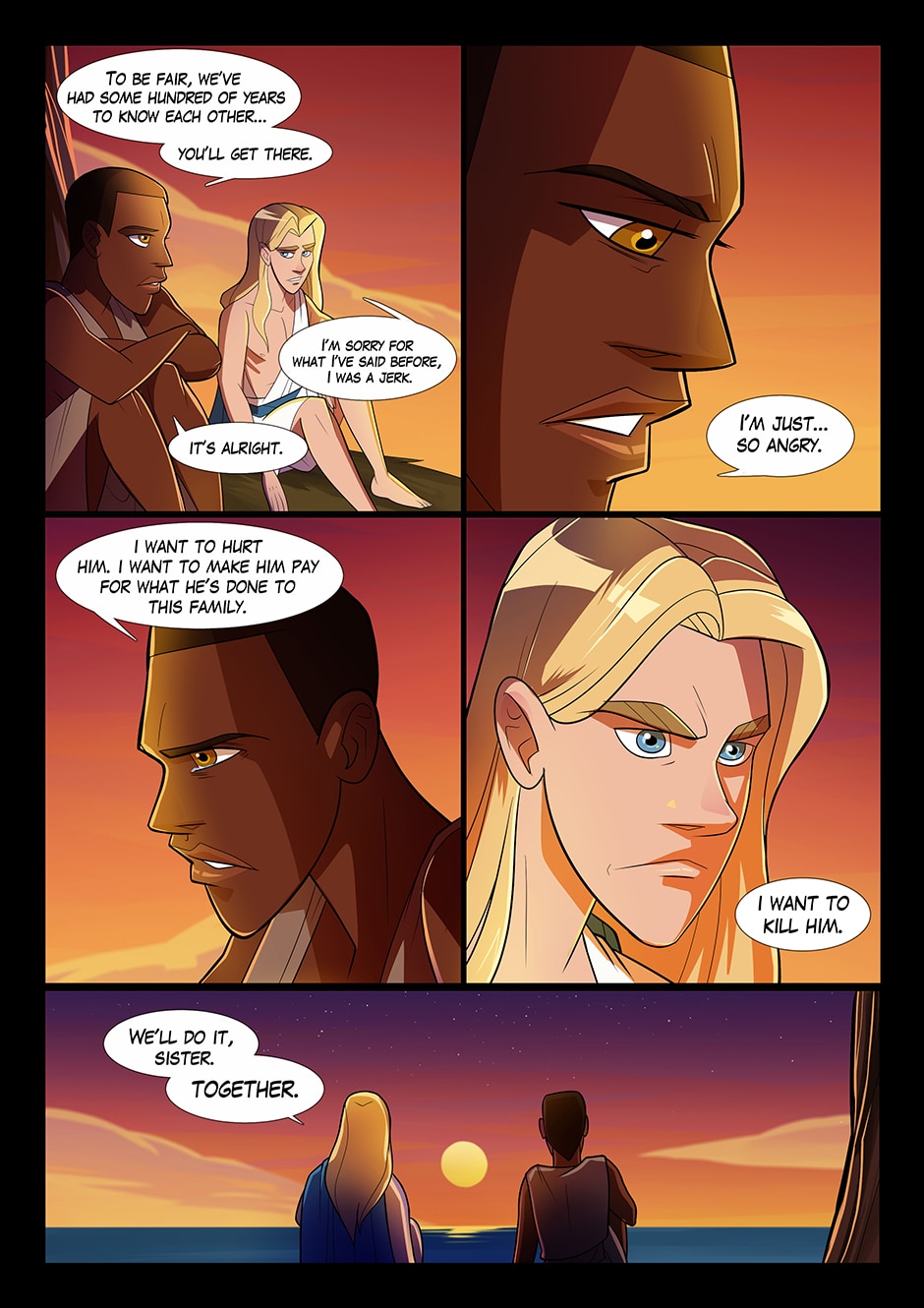 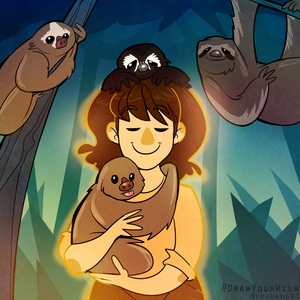 So the gods are free now... but agreeing on something might not be that easy :)

You might notice from now on that some designs are somewhat different from the prologue. That's because during the last months I went over them and tweak some characters a bit, but I believe it's for the better!

- EDIT January 28: I've finally decided to change the schedule and post these as full episodes.. and although it will take me longer to update, this way we don't interrupt the scene, right? :)

The first 9 pages of the story are available now and I'm currently working on the next batch. Hope you like how this is unfurling! 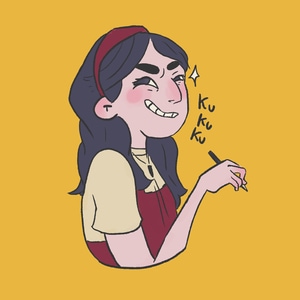 This is looking so awesome!! Can't wait to see the rest <3 I also prefer longer episodes but whatever fits the author better would be the best :) 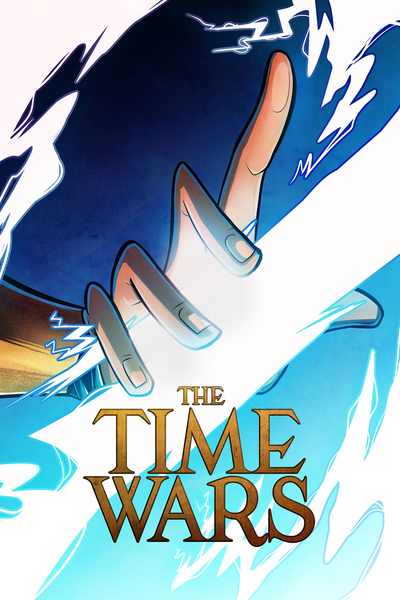 King Cronos's reign is ending and his children must unite against him. At least, that's the mission Grandmother Gaia bestows upon Dias, the youngest of the family.

Breaking free from their prison seemed like the hardest part of the plan... But as the war against the old titans unfolds, keeping the family together might be more difficult than they once expected. 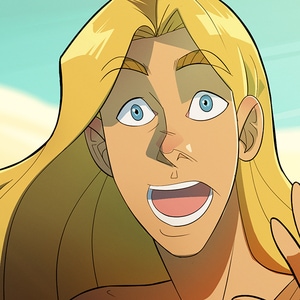