Once again… The silence came, this time it was a lot heavier and spread us further apart, I was mad, but also not entirely at him, it was just this complicated mess of feelings that I couldn’t unravel the way we were, and my mind told me that if I couldn’t I should just stop tangling with it.

A long time went by, the engine was the only sound that reverbed around us, and I was still trying not to think of him but I couldn’t help but to focus my hearing, I kept listening in to his heartbeat in order to make sure he was still alive.
It was then that I heard his heartrate got lower, but suddenly spiked, and then again!
I thought I lost him for good, I turned around expecting the worst… But it was actually the best.

He was having difficulty dragging himself forward, but he was doing it, bit by bit, still hugging the wall… When I turned around, he got startled, but after the first moment of scare and the realization I was honoring my word, he kept coming and coming until, just as I asked, he was sitting right next to me.

I could tell he was still not at ease as it was like looking at a wild animal you sheltered from the rain, it was a good start nonetheless. “I-I’m… Here.” I could now see him from up-close and I gotta say, he wasn’t the monster I thought of as a child nor did he look as frail as I originally thought… But my initial impression proved accurate in the sense that he did look distant, lonely and miserable.

“Didn’t think you had it in ya… Thank you, for trusting me.” I said trying to calm him down a bit more and adjusting my sitting so I’d face him.

“You’re a lot taller from this angle.” He commented

I chuckled immediately… I’d never have done that to anyone in court, it was a sign of weakness, but here it felt right to do. “Feel any better?” I asked.

“Somewhat… I guess you were right, we weren’t gonna make any progress with me acting like a cornered feral.” He was surprisingly logical now, I guess having some time to think made him see it more clearly.

“Good… Now that you’re here…” I squinted as I measured him up and down. “You really are very short…” The question was implied.

“Ah… I’m part fox, it’s pretty much the only thing I got from my mother…” He explained, but then immediately stopped talking… His mother sounds like a touchy subject.

“I see…” Luckily, I thought of an answer to when he does that. “So what kind of jam do you like the best?”

For a moment there he looked completely puzzled with his mouth half open and his eyes clearly lost. “What does that have to with anything?”

“Well… I can’t talk about family as that seems to be a problem for the both of us, can’t talk about how hurt you are either, again for the same reason… So, I’m looking for a subject that can make you happy, so what kind of jam do you like the best?” It was my best attempt at lightening the mood… I just wanted to see him smile a bit.

I could see his mind going from all the different places when his eyes darted back and forth trying to evade me… But he seemed amused. “I didn’t have jam that many times...”

“That is not answering… C’mon you have to have at least one favorite, right?”

“I… Like… *hum*…. Pineapple!” He clearly didn’t give it much thought before, but I took it.

“Look at you fancy pants with the exotic fruits…” I joked. “When did you have it, aren’t they from the Maui islands and the atolls?”

“A… few years back, I went to the west shore, they get boat loads of the stuff and make lots of things with it. The jam was particularly nice.” This seemed to be working as he was smiling a whole lot more.

“And I thought I was going to beat you with my almond jam… Silly me.”

“They make jam out of almonds? Where? HOW?” He inquired.

“Farther east along the Kalcifer desert… I was there once a trade commission… It was exhausting and boring to discuss routes and to have someone’s daughter pushed on me like the girl was prize to be had, but the food was nice, and the jam was pretty memorable.”

“I can imagine that!” He covered his mouth, but I saw it, just for a tiny second… A few teeth showed… it was like an ancient curse had been broken before my very eyes somehow, that shy smile was soothing. “Why are you staring at me like that?” He asked.

“I didn’t notice… I’m sorry…” There was just something about him that drew in my eyes, I felt like I could watch him smile for hours on end. I was happy as well, I was having fun talking to him… Somehow that made me feel even more guilty about what happened before, my eyes wandered, I just couldn’t look at him now even though I wanted too. “I… Wished I’d meet you some other time… You’re a nice guy Vernon, did anyone ever tell you that?”

He sat there looking around as well… “Not often… No.” The convoy stopped, I could hear the men and women stretching as they left the cars and began to set up camp.

“Chances of that are… Very slim.” He corrected me. “We’d likely never meet and if we did, I’d doubt we’d ever talk.”

“Yeah…” I resigned myself, there was no other way, we were getting taken, I was going to see my father again, and he was going to…

“Azreth… You’re a nice guy as well.” He said, almost as if he read my mind.

“Me?” I laughed. “No, I’m not, all do Is mess up and embarrass myself, I get into dumb fights and hurt people… I’m not a good person Vernon.”

“You are…” He said without even thinking.

“How can you even say that after what I did to you?” I was starting to get on edge again. “Do you honestly feel like a good person would do that to another? What makes you even think that?”

I was alone, and desolate in a really bad place in my mind, not because of him, but because of me, it felt like ever since I left my father I had been hitting brick walls again and again… In my mind I could never be have been good a person back there.

It was then that he knelled in front of me, I felt a quietude in his heartbeat as he gently lifted up my face and pulled me to look him in the eye. Right now, his face was not anxious but instead those heavy eyes felt comforting, peaceful even, like two gems reflecting my soul.
“You cared for me… No one ever does… The most I can ever expect is the same dry courtesy Alex offered me, and being decent is not the same as caring.”
“I saw what you did just now, you went out of your way to help me, to bring me out of my bad place and make me feel… Safe… And you did that in spite of your hatred for me and my family, you were able to move past that and see me not as the things you hate buy as a person… And that to me is what means to be good, to try and help others.”
“Even if sometimes you get angry and lose you mind or you path, nothing will change what is in your heart… And what is in your heart is good, and worthy!”

I was thankful, I knew he really meant every word he said, and I needed that, to experience something that is tangible and to see something real for once. “But… It doesn’t matter does it? We’re still stuck…” But I was still defeated.

“We’re not stuck…” He said confidently, at first, I thought he meant to cheer me on, but it didn’t feel like that was all there was to it.

“You see… I told you I can fight.” I then noticed something… Spectacular…
He seemed to close his eyes and motion his hand that were still bound, his breathing focused into a deadly sharpness and I could hear his heartrate lowering to a quiet peace.
A small light emanated from within the constraints like it was breaking through them and slowly but surely something emerged…
It was like a thin veil of golden energy that formed an almost perfect sphere around his hands, as it took shape the rope began to tear itself apart… Literally… pieces of it started to get suspended and separated themselves from the whole as if cut by a thousand tiny knifes, the pieces floated effortlessly around the golden aura.
Just like that the rope was undone and his hands were free, on top of them two spheres floated around carrying the hundreds of pieces of rope that rearranged itself.
“… Truth is, I could have fought them, but that was significantly more dangerous than letting myself get locked up, with my power I could escape whenever I wanted, so I needed to keep this ability a secret… If they knew I had magic they would have sealed me.”

I was overwhelmed by a sense of joy, all this time I couldn’t tell he had it in him, to think he could have me fooled, of all people. “Yes! You can get out… you can leave Vernon! Go!”

“Yes, I can…” he said as the rope reorganized itself around his wrists, this time however they didn’t look as tight. “… But not now, and not without you.”

My eyes widened and I got really on edge. “What?!” He then noticed my voice could be heard and motioned me to shush, so I lowered myself onto a whisper. “Just go… I’ll be fine! If you’re still here by the end of the ride you’re dead! I’m not worth that!”

And then I noticed a shift in his tone, a quiet determination that I didn’t even notice was there before. “Yes, you are… I’m gonna break you out of here!”

Back then I was revolted, I couldn’t believe he’d risk it for me, but nowadays all I can say is… That is Vernon for you. 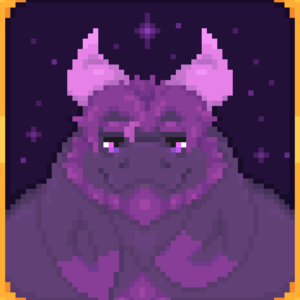 Awww, Vernon's the nicest guy--and he's cleverer than he seems! Must be the fox part of him. Now he just has to find the perfect opportunity to escape... 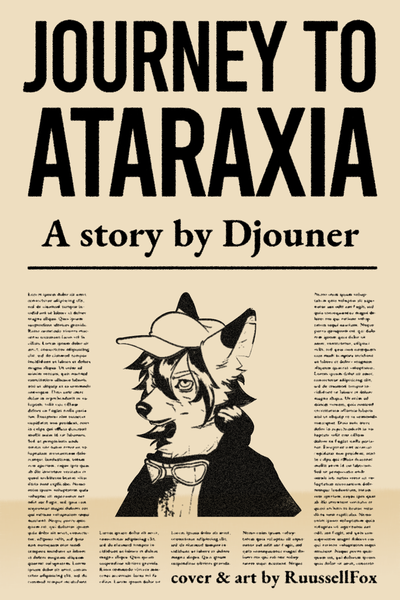 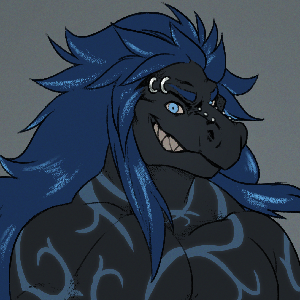