Math class was a pure buzz kill. Sure, my teacher was cool and the math was easy, but it was super boring. I sat there staring at the projector screen on the whiteboard, copying down everything the teacher was jotting down, showing us how to use Logarithms—yes, folks, logs.

The first period passed slowly, but once the bell rang I was out of the classroom within seconds. The next period class I had was music, honestly one of my favourite classes in the entire school. It gave me a chance to play my guitar. Music was the only thing that kept me sane while I studied hard in all my academic courses.

"What song did you decide to perform for the Halloween assembly?" Joseph asked beside me, bag shrugged over his shoulder. His dark brown hair was slicked back out of his face. He sported a casual look with his khaki shorts and Henley shirt, and a pair of moccasins tying the outfit together.

"You'll see once we get practicing," I said with a wink. Joseph groaned.

"Oh come on dude, everyone has already announced what they'll be performing, why are you being so secretive?" Joseph questioned. I shrugged at his curious frown.

"Because I like to surprise people," I responded, footsteps echoing throughout the stairwell with each step closer to the first floor.

No later than a minute, we were standing in front of the music room. I could already hear music flooding inside. The sound of guitars strumming, vocals dancing, piano's singing. The plucking of the different instruments and harmonized voices sent a smile to my face, my fingers itching to grab a hold of a guitar and play for the rest of class. When I pushed the door open and stepped inside the sounds only became louder. I took the sight of my many talented classmates sitting around, singing and laughing together.

I put my bag down on the floor and walked over to the guitar cases and grabbed one, pulling the guitar out of it, quickly tuning it to my liking. I slung the strap over my shoulder, finding a seat, adjusting my hands onto the strings, strumming it a few times.

Then, I started playing the first song that came to my head; Love Is Madness by Thirty Seconds to Mars. The lyrics slipped from my lips as soon as my fingers danced across the guitar in tune with the song in my head. Soon enough, everything around me blurred out into nothing, until it was just me, getting lost in connection with the music. It was a hypnotic trance that coaxed me in, like a gentle lullaby a mother sang to their child as they slowly fell asleep.

And the trance lingered for a while, up until I finished most of the song, until my eyes opened and I realized the room was quiet. The fingers on the strings slowly came to a halt, my eyes blinking a few times. I looked around, noticing everyone in the room was staring at me.

"Holy shit Preston. You're like an angel to my ears," Krystal spoke up from her seat beside her two friends with a violin in hand. Her long blonde hair was pulled up into a ponytail, blue eyes staring at me with awe.

"Good to know that my voice isn't highly deafening," I smirked at her. Joseph came up behind me and clasped me on the back. My gaze moved to him, and he looked at me with a smile.

"You're like the best singer here, man. You should be performing on America's Got Talent with that voice," Joseph said with a smirk. I chuckled and shook my head.

"I don't sing to get famous, it's only a hobby—something that I love doing on my free time," I replied. Joseph huffed at that, dropping his hand from my shoulder.

Not long after our music teacher, Mr. Anderson came in with papers tucked under his arm. He was my favourite teacher, a black man, standing tall with a shaved head, deep green eyes and a single hoop earring in one ear. He was the kind of teacher that was laid back and easygoing, making it easy to talk to him and have a conversation. He was the one who helped me with my music, making me thrive to be the best possible even if it was only a hobby. Once I graduated, he would be a teacher I would remember for a long time.

"Usually by the time I get here, you're all making a ruckus," Mr. Anderson said, brow raised as he scanned the room, noting that we were all sitting or standing in silence, no music heard playing. He seemed genuinely surprised, mostly because our class was the loudest when it came to music—at the beginning of class, we always started with playing an instrument and letting loose for a little.

"That's because Preston decided to open his mouth and play the guitar at the same time," Annie replied from the piano she was sitting at, turning to face the room.

The entire class seemed to nod their heads, ganging up on me, leaving me to scoff and pout, "oh come on! Why you gotta do that to me?"

Mr. Anderson smirked, leaning his hip to the doorframe, "You'd make other teachers grateful if you have the ability to make a class go utterly silent, Preston."

"Well, what can I say? I have talent," I responded, mimicking a hair flick. Most of the class burst into a fit of laughter, including Mr. Anderson.

"Alright you little jokesters, let's head to the cafeteria and practice. Everyone has a song that they want to perform, yes?" Mr. Anderson asked. When he got a nod from everyone in the room, he smiled and inclined his head, "Alright, then let's go!"

Everyone scrambled from their seats, grabbed their instruments, and followed after Mr. Anderson. The cafeteria wasn't just a place where students could sit down and eat during the break. Instead of the stage being in the gymnasium like most were, ours was set in the cafeteria. The cafeteria held most of our assemblies, including other things like our annual talent show that happened once a year, and any other special occasions.

Other instruments that couldn't be carried around such as drums etc were already on the stage. Once the class found chairs and sat around the front of the stage, Mr. Anderson standing with his arms crossed and papers in hand, one by one the students stepped onto the stage to perform and practice their songs for the Halloween assembly, whether if it was solo or a group.

And it wasn't surprising that most of my class was talented, because it was full of awesome people with varying styles, making each performance unique to their individual characters. Out of my four years of high-school, this class was the best, with the best people.

It brought a smile to my face. 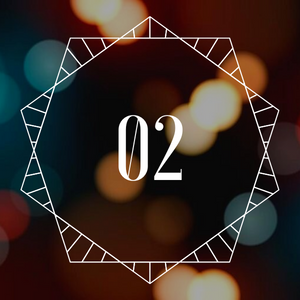