Alan prepared himself to attack at a moment's notice once the opportunity arose but how would he know when that was and if he could would he be able to lure just one at a time if it was more than one “thing”. Quickly looking around both on his person and in the hallway, Alan searched. The only thing he found that could be of any use was the spare pieces of change found in his wallet. A situation like this was no time to worry about spare change. He fumbled around to pull out a single coin to test if the thing was a single creature or multiple and if the ladder, would it move together as a pack all the time or just for numbers. Putting his wallet away Alan prepared the coin in one hand with the broken scissors in the other. With the coin on the top of his thumb with its nail under his index, Alan was ready to launch the coin across the room. In one quick motion of his wrist, Alan flicked the coin as hard as he could, launching it to the other side of the room just as planned and on top of it all it hit the wall making a noticeable dink when hitting the floor and doing the well-known swivel as it came to a complete stop on the tile floor of the minibar.

“The hell was that?” A voice called from the stairs. Alan was grateful yet even more afraid as even though it wasn’t a “thing” it was confirmed to be multiple people. He couldn’t recognize the first voice but the one that followed it he did; it was his father. “Calm down Rex, it was probably my youngest. Despite their grades and ability to pay attention they still act like complete children.”

Before going out to ask his father what was going on Alan quickly ran back down to get Iris and the twins from the sub-basement. *Finally we managed to catch a break from all of this chaos. I don’t know who Father brought back with him but he must have a good enough reason.*

Reaching the room he left the three of them in Alan swung the door open and hugged the twins. Just as confused as the twins Iris asked Alan what happened and with just one word and a smile on his face he answered her question. “Family.” The twins with their excitement ran back upstairs to the basement to see their mom and dad again, especially their dad.

“They sure are excited,” Iris exclaimed with a smile on her face.

Getting down to the ground to pick Iris up Alan hesitantly said with a noticeable tone of hate in his voice “They have the right to be, after all this is the first time Father has come home since they turned Eight.”

Iris was shocked to hear this as she never knew Mr. Nox, Alan and the twin's father, didn’t come home despite working so close to home. “Eight!? But that was what three almost four years ago?”

“Yea just about  now don’t move too much it's hard to carry you when also trying to keep your legs from getting any worse.” Alan didn’t look down when talking to Iris about his father. She didn’t know if it was because of the hate towards his father if it was to try and show he was embarrassed or trying to not become embarrassed if it was so he didn’t lose balance when going up the sub-basement stairs or a combination of the four. Either option it was, Iris got the feeling things were about to go down when they got upstairs to the basement. And they did but not in the way that anyone was expecting.

“I guess you really do care seeing as you came back when the country, if not world, is starting to go to shit.”

“Alan could you not do this right now, especially when we have guests over.” Mr. Nox wasn’t referring to Iris or Mr. and Mrs. Indota but instead referring to the one looking around the basement looking at everything in awe as if he had never seen a place like it before. “Rex come here for a second and tell them…” Mr. Nox looked down for a second before continuing

“Tell them everything that happened from when ‘IT’ happened and everything you told us three.”

“Mhm? Oh, yea right sorry about that I’m still… adjusting to everything after what’s happened.”

Rex stood up straight and stretched while cracking his back in the process. *He couldn’t be more than a few years older than me at max. And what does he mean by ‘IT’.* Alan thought to himself as Rex walked over to the two families. “O.K.  so from everything I could gather based on what happened to me and my surrounds and yours as well as the damage your car took as well as what you said happened, and don’t quote me on this as I’m just taking an educated guess, a fifth no sixteen-meter radius of a “chunk” of my universe was swapped with a chunk of yours. It could be random places that they go to and happen at or they go to another chunk that was just taken to replace it. The plant life that was in my chunk survived the initial trans universal teleportation so I’m going to assume the same happened to Mrs. Nox.”

The four were confused as to what this man named Rex just said. Parallel universe, trans universal teleportation, chunks of the world are being removed and swapped with chunks from others. Everything and nothing made sense to Iris and Alan as they saw it first hand what these chunks looked like and what they could bring over. The twins saw it as nothing more than a story as it was too outlandish to believe. Thinking over it again and again in his head of what Rex had said, Alan had remembered a part of the story that he had left out or perhaps blocked out initially. “What do you mean by 'assume'?”

Rex puts his hand on Alan's shoulder leading him to one of the rooms in the basement. Whispering “As to not have the others hear, you know.” 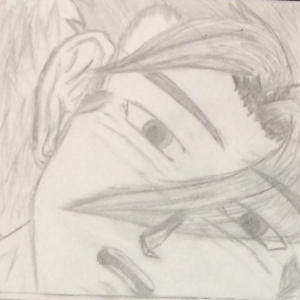 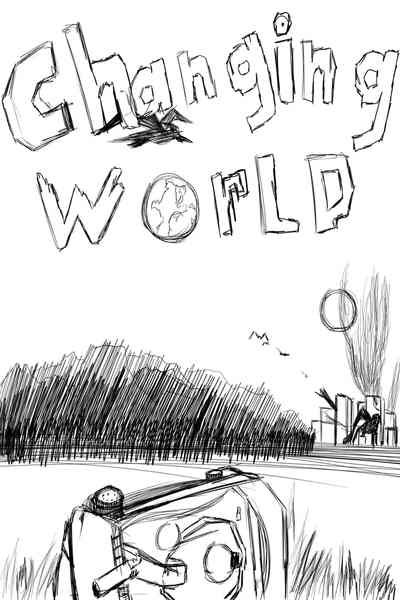 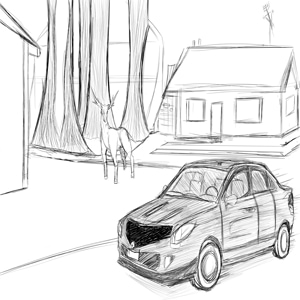