Previous Chapter: You will be given weapons that relate to the old times. Swords, axes, shields, etcetera. What are we?".

"A unit," said some of the officers.

"We are what!?" Erik bellowed.

"A family," said all of the officers in unison.

"A family!! A unit!!" The men and women chanted in unison. They were stomping their feet and crashing their selective weapons across the ground. Making the earth itself tremble beneath them.

Ariel, Tonya, and Mikael all woke up first thing in the morning and checked everything they could. Their phones, tv, cars, etcetera, yet nothing worked like it was supposed to. It didn't feel like the end of the world; instead, it felt like a normal day. The birds were chirping, and the sun was out and shining. They walked outside to the apartment’s porch to see smoke coming from multiple buildings within the city.

"Holy shit, so this wasn't a dream," Tonya half-heartedly joked.

Mikael shook his head, "No. No, it's not. An EMP shouldn't last this long."

"Shit, then we might have to leave for Savannah then," Ariel said.

"I have a family farm down there about an hour out from the city, and it'd take care of us for a while. We grow onions down there and have some cows and bulls," Mikael prompted.

"Besides, staying here wouldn't be smart. There are about half a million people in this city, and nothing works; chaos will ensue," Ariel added on.

"Alright, fine, we'll leave for Savannah, but how? None of our cars work, there are six people inside the building, which is nine altogether, and I barely have any food in my pantry."

The three of them stood there and thought silently of the solutions to the many problems they're facing. "What if we hurried up and packed and then went to a local mart?" Tonya suggested.

"Great, but we can only handle so much stuff. We're going to need something to carry those supplies," Mikael stated.

"We could get some backpacks from around there too and carry what we can."

"Alright, and the rest, we're just gonna have to walk and find. Damn, my feet are gonna hurt," Mikael complained.

"Let's just get this over with before the rest of this haunted city wakes up..." Ariel warned, walking through the sliding door back into the apartment.

After everyone was considered packed and ready, the small group went on their way to the local market. On their way there, they saw the other side of humanity that no one wanted to see; people roamed the streets looking hurt, hungry, or just an empty gaze. Fires still roared throughout parts of the city but yet other than that; it was mostly silent.

"Well, the fact that it's super silent. Atlanta is never silent and is usually super loud and hectic... now it's just silent and eerie."

"Yea, I see what you mean, but that means we have to get out of here faster than we thought. Things are only going to get a lot worse."

Tonya only nodded in response.

"We're here, but it seems like most people already beat us," Mikael stated. Ahead of them was their local supermarket, but you could see it was already ravaged and looted by the city. Looking at the store, shards of broken window glass lay across the street, and shopping carts pushed every which way. Walking up closer, they barely see anything on the shelves, most of it being cleaned dry.

"Scavenge what you can because, after this, we're on our way out of here," Ariel commanded, "Tonya with me. Mikael and Carlos team up and meet back here in an hour or so."

Mikael and Carlos nodded in unison and did just that, and they all split off to find what they could.

Ariel and Tonya went through the aisles, but there was not much to find. Ariel found two packs of beef jerky under the floor, and Tonya had found some canned beans and stale-ish bread, "Not much, but it’s something, eh?" Tonya grinned.

"Yea, thanks for the optimism," Ariel laughed.

"No problem, that's my thing. Making people happy, that is."

"I can see that with the multiple parties you throw even when unnecessary, especially last night."

"Yea, it was so fun until everything went to shit, and our lives completely turned upside down. Hell, I hope it comes back on."

Ariel sighed, "Yea, me too. It's a scary world out there, but it'll come back, right?"

"You? The tremendous and all-mighty Ariel is scared? That's a new one, " Tonya taunted.

"What does that mean?"

"Ariel, you're kidding, right? You were born to lead, and you're barely afraid of anything. You are the bravest and most selfless person I know."

"No, I'm not," Ariel laughed. "What about the time I had asked you for help on one of my science papers?"

"You mean the ones you had already cited?"

"Okay... what about the time we had spider infestation in our apartment, and I ran away?"

"You literally ran away to get bug spray, went to town on those suckers, and almost gave us gas poisoning."

"Okay, okay, I know what you mean. But that doesn't mean anything."

"Yes, my majesty, I know," Tonya curtsied with her imaginary ballroom dress.

Walking further down the aisle, they had made their way into the back where the supply room was located. Inside was a metal door.

"Hmm, what could be behind this door," Ariel pondered.

"More food?" Tonya asked and then pushed the door, only for it to be locked. "Well, the door is blocked by something. It's something important if the door is locked and no one was able to get in there.”

"Oh, I'm hoping that it's a freezer!" Ariel pleaded with her fingers crossed. "It'll help so much with traveling to Savannah.”

"So, how are we gonna get this out?" Ariel asked.

"I have no clue; we could try pushing it?”

“Okay, maybe there’s a different door? Because pushing this door is doing nothing, Ariel,” Tonya groaned.

“I don’t think so. What if we were to get something to do the work for us?”

“Well, we could find something with wheels and use it as a battering ram? Maybe like a cart or trolley. There’s bound to be a couple of them somewhere.”

“That may work! Okay, get the heaviest thing you can pick up and meet me back here in ten minutes.”

Ten minutes later, Ariel and Tonya had come up with a weird battering ram made up of taped-together trolleys and the heaviest thing they could stack up and started ramming the door. After a couple of tries and a lot of sweat, they were able to open up the door, and a minimal amount of cool air came out.

“I don’t think that’s good,” Ariel sighed. Walking into the cold room, it was hardly cold, and the heat from outside the room hadn’t helped at all. Some of the meats were already defrosting, and so were the canned foods inside.

“The canned food will last us a good while, but this meat, I have no clue what we’re gonna do with it,” Tonya informed with a sadness in her voice.

“Maybe someone back in the group has an idea of what we could do. Grab what you can and put it in the grocery cart. We’ll meet back with them and plan accordingly.”

“It’d be a pleasure, my majesty!” Tonya curtsied again playfully, only for Ariel to roll her eyes.

Walking down the empty aisle, Mikael and Carlos made their way to the supermarket’s pharmaceutical part.

"So, do you think this will last forever?" Carlos asked.

"What do you mean, ‘this’?” Mikael said while looking around the store.

“This crazy dilemma that’s going on right now! We have no phones, no cars, nada. What if we’re at war and we don’t know it? Is it just Atlanta, or is it all across the US… maybe even the world!?”

Mikael paused and grabbed Carlos’ shoulders, “Look at me and take a deep breath.” They did so, and Carlos eventually calmed down. “Now that you’re calm, I can answer your questions. One, we might possibly be at war, but it’s too early to tell. Two, if it’s happening here, then it has to be in other places as well, right? War or not. It could even be aliens; we don’t know.”

“Maybe,” Mikael laughed, “Can’t rule it out, right? Now come on and help me find what I’m looking for.”

“What are we even looking for? I thought it was food, right?”

“Well, yea, but then I thought of a better plan.”

“So supermarkets usually have pharmacies, right? Well, this one is bound to have one. Now, I just have to find out where it is.”

Carlos turned his head to the left to see broken glass laid across the ground, and above it hung in big red bold letters PHARMACY, “You mean that?”

“... Exactly that,” Mikael sighed as he walked towards it.

“Looks like people have already gotten to it, hm,” Carlos groaned and walked back.

“Wait, before we go, let’s see if they left something in there.”

After a couple of minutes of searching, Mikael had found some pills in a back locker that was untouched, “Hey, I found some over here!! They say… well, it ends in ‘-illin’ so it has to be good, right!?”

Carlos walked over and looked at what the labels said, “these are different types of penicillin and tetracyclines. This is literally perfect!”

“How did you know what these were?” Mikael said, shocked.

“I took some nursing classes in high school,” Carlos laughed, “Now help me get this out and get back to Ariel and Tonya.”

Walking out of the Pharmacy with their new drugs, their mission had been complete. “Hey, Mikael. I just wanted to say sorry for last night.”

“You mean for when you punched that man? Don’t be. You did the right thing.”

“Wait, really? I was prepared to make a speech and everything,” Carlos joked.

“Yea, Ariel and I talked about it. You did the right thing, but just be careful. You can’t be going crazy when we need you the most, alright. You’re no hero.”

Mikael interjected and turned towards him, “Promise me that you’re not gonna run into any type of dangerous situation.”

“I can’t promise that, and you know it, Mikael,” Carlos grinned devilishly and walked away.

“Kid, you’re gonna be the death of me,” Mikael sighed and followed suit back to the group. 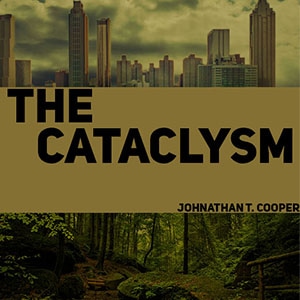