About the demon King and the fairy Queen quarrels 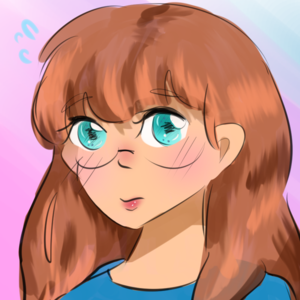 Part 4 introducing the comic reliefs : Myu and Mya!
The author doesn’t explain why they are just Myu and Mya for an hundred chapters but they always say it is not their real names, just the name they took when entering into the services of their respective owners.

Lemme spoil you a little a character sheet but they are both demi-pan ! I know your culture like to show off your sexuality like it is a big matter so I wanted to share it ! It is not really showed in the comic tho. But worry not ! There are a lot of queer characters in this yonkoma !

I love Mya, she is a really nice person and behind this sweet facade, she is a badass (she will punch the King many times XD). The author stated that the Queen proposed to transform her into a fairy but Mya refused (yeah she is THAT badass). I really don’t understand why tho because Mya doesn't consider herself a demon too… She is neither a demon or a fairy so I don’t really know what she is ??

I prefer Myu in this couple. He is a really cold person with everyone but his King and Mya (that he adores and admires). As the main butler, he supervises all of the workers in the castle so he is really busy.
Mya is a rank behind him, as the main handmaid of the Queen, she supervises the handmaid and the maid of the Queen wing.
For short, Myu is controlling all the chiefs of the castle workers (divised by categories and wing) and Myu is one of them as the chief of the Queen wing maids.
Well, the author will make a schema in the later part so just wait as I translate it ! (I’m still searching for someone to teach me how to clean too !) 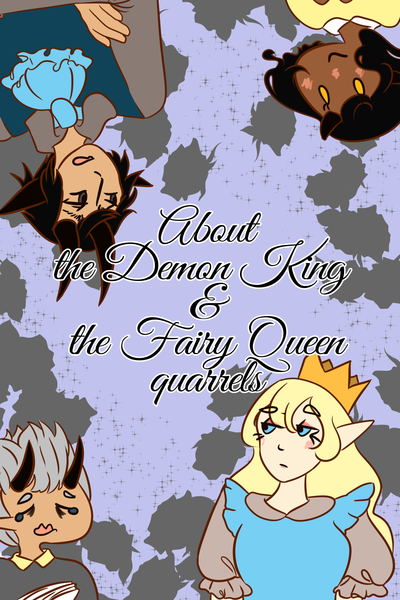 About the demon King and the fairy Queen quarrels

Linked by a political marriage to unite their two countries, Lunabradr Iplazil Queen of the fairies and Haganon Kuroak King of the demons hate each others. Their quarrels can last hours and decisions can be delayed for days. Their people can't follow anymore and the schedule is falling behind. Can the promised golden age come ? Or is this union is fated to fail ?
Subscribe 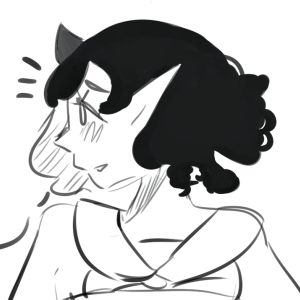