When dinner is finished, Father stands up and begins to leave the dining room, but I stop him. He comes to a halt and kneels in front of me. “What is it, Iris?” he asks?

He tucks my shoulder-length silver hair behind my ears. “No, you did not.” His large hand cups my cheek as he smiles at me with his warm, toothy grin.

“But I talked even though it wasn’t my turn to speak.”

He strokes my puffy cheeks and guides my head to look. “You need not worry about that, I know you mean well. However, you can’t speak out of turn every time you want to. There are certain things that we must adhere to. Even if it is exhausting and frustrating at times, we must adhere to the rules. Understand?”

“But I really wanna help,” I responded in my normal tone of voice, removing the baby-talk entirely. “I’ve been reading a lot of books lately, and Ash has been teaching me about his country; it might come in handy.”

Father lets out a puff of air and stands up. “Well, I will be discussing this matter with your older brothers right now. Why don't you join us and we'll figure it out together?”

“Really?! I can do that?” I leap from my chair, giddy with delight, and hug Father's legs.

“Hwan.” Mother, who hasn’t left the room, interrupts. “Iris is still young and has no idea what she is saying. Please do not believe anything she says, she is yet to be educated. All she knows now is how to have fun.”

“Iris,” she reprimands me, her stern voice and wide eyes staring at me causing me to look down in disappointment.

“Sister may really be of help.” Brother Lothario walks towards us with Brother Azraq on his tail and gives me a wink. “This matter affects the people, and as a royal, it is her duty to participate in all aspects of the Kingdom.”

“Lothario is correct. It is the duty of a royal to uphold and protect the citizens. This is something she'll have to do in the future; we'll just chalk it up to her getting ready for when that time comes."

“Do not worry, Royal Consort. This isn't going to be a formal meeting; it'll just be me and my brother talking to our father,” Brother Azraq says, adding that they couldn't finish the discussion earlier.

Father picks me up and lays me on his left arm. “Shall we go?”

I give him a nod and wave back at Mother, who remains motionless as Father, Brother Lothario, Brother Azraq, and I leave the room. However, carrying me meant facing my two older brothers as we made our way to Father's office. I accidentally caught Brother's Lothario's unwavering, chilling gaze three times, causing me to avert my gaze. Brother Azraq’s gaze, on the other hand, is warm, as is his smile. I smile at him instinctively as we lock gazes. Brother Azraq will undoubtedly win the hearts of ladies in the future.

Father sits with his back to the window, his large, glassy eyes looking down on me, checking to see if I'm comfortable before shifting his focus to my brothers. His office is furnished with matching wooden furniture and has a window overlooking the palace garden. The room had a vintage feel to it, and it reminded me of a café. In one corner of the room, there is a large wooden well-stocked bookshelf and a rack full of random items such as trophies and framed pictures. But my attention is drawn to the many floating diamonds of various colors that are scattered throughout the room, capturing every angle possible.

“Tell me more about the Earl’s condition,” Father says. He takes a file of paper from his table's top right drawer and reads it quietly. I try to read what is written, but the characters are difficult to read, so I can only understand a portion of it.

“At this time, there isn't any. The nobles are currently silent, and no suspicious activity has been observed. The only thing that is of concern right now is Duke Atalens' request for the cure.”

“The latest update is that pus has started to come out of the Earl’s blistered hands,” Brother Azraq adds. “They had no choice but to bind the Earl's limbs to each post of the bed because he kept scratching himself, which aggravated his condition. However, it was in vain because the child continued to squirm in order to create friction against the mattress. They had no choice but to encase his body in a duvet to immobilize him completely.”

“Ew~ yuck.” My lips twitch as I imagine the young boy's hand dripping with sticky greenish yellow. “How did he contract such illness at such a young age? … Is he young? How old?”

“This year will be his seventh summer.”

“So, seven years old? Chickenpox is rampant in this kind of weather, right Dana?”

“Chickenpox. It's…” I pause. I honestly don't know how to explain chickenpox; all I know is that when it's hot, there's a high chance that a child will get it, and if an adult hasn't had chickenpox when they were younger, they may get it as well. “It’s chickenpox. Children get it. They become feverish, itch, and red spots appear all over their skin. It's itchy as hell, and you're not supposed to scratch it, but it feels good when you do, so you do, but it won't go away and will leave a scar if you do.”

Brother Azraq's eyes glisten and his face hardens. I notice him becoming suspicious of me.

Brother Lothario replies, “Correct. He's been sweating profusely for the past week, and his appetite is rapidly dwindling. He refuses to eat or drink, and the attendants are afraid to approach him because two people on their estate have contracted the same illness as he does.”

“I know how to cure it,” I say, looking Father in the eyes, who is only quietly listening to our conversation. “Do you believe me? Please have faith in me—”

Brother Azraq cuts me off in the middle of a sentence and says, “I'm sorry, but we can't proceed and do what you want just based on trust. Human lives are on the line.”

“I know, but please listen to me first. I don’t know how to explain it, but I know it. I know how to treat it, so you need to trust me.” I don’t. But Mariana might.

“Where did you get your information? We’ve been working on this case for nearly a month and are still at a stalemate,” Brother Lothario speaks up again. “All the records state that we needed to isolate the patients and ensure that they do not leave the isolation ward. We've already isolated the two attendants, but we can't do the same with the Earl. We can't simply lock him up.”

“But you should. We really need to isolate the Earl. What he has is contagious.”

Brother Lothario’s voice is stern and has no room for debate when he says: “I refuse to lock Heathcliff Atalens for a year.”

I jerk up. “A year? I never said a year! You lock patients up for a year?!” I ask Father, bewildered by what I heard. “They will die! They won't even last for a month in that state; they’ll either starve to death or die of complications.”

Father is still composed, his back straight and not leaning on the back of the chair. He looks at me with calm yet sharp eyes. “What do you suggest then?” Father asks.

“But Father—” Brother Lothario starts to interject but Father raises his hand to stop him and let me continue.

“It’ll only take half a month to fully recover from the disease if tended properly.” That’s how long I recovered in my past life. “I don’t have a book to show you, but please know that I know how, and I just really wanna help.”

Brother Lothario puts his foot down and says, "No. As I previously stated, you are welcome to share your thoughts on this matter, but just because you are a family member does not mean we will do whatever you say. We will not take any action until we have conclusive evidence that your method will not harm the child. He isn't just a citizen; he is a noble.”

“But everything you’ve done up to this point has been in vain, and the only option you have now is to either lock the child up or kill him to prevent an epidemic. Both options will surely lead to the young Duke’s death — why is he called Earl if he’s a son of a Duke anyways?”

Father answers, "Heathcliff uses his father's subsidiary title,” and I return to the topic of our conversation.

“So why don't you give my method a shot? Although my method isn't documented in books, it could be useful.”

Brother Azraq asks, “What do you suggest, then?”

“That everyone who came into contact with him to isolate themselves for a month to ensure that they do not come in contact with anyone else. They also are not allowed to share or use personal belongings and they need to separate their utensils to avoid spreading the virus through saliva.” I look at Father, silently requesting permission to proceed. He gives a single nod, which I take as confirmation. “Make sure these people drink plenty of water; the more, the better. Eight glasses of water aren’t enough. They need to drink more to not dehydrate. When they develop rashes, please remind them not to scratch them and to wear soft mittens to prevent infecting the wounds further.”

"Brother, what Iris is suggesting will do no more harm to the Earl. Iris' suggestions are reasonable. If you have any doubts, I recommend doing them with the attendants first; w e can keep an eye on them, and if they're progressing well, Iris' idea could be the cure we've been looking for. We've been swamped for how many weeks now, and we're sleep-deprived; perhaps we're just so exhausted that our brains don't function normally and we might be overlooking things.”

‘So, you’re gonna take the credit? Is that it? You’re tired so you can’t think straight and if there’s progress with my proposal it means you just overlooked things?’

Brother Lothario's lips twitch as he mulls over whether or not to support my proposal. "Fine," he says after some thought. "I will consider your suggestion, but I cannot guarantee that it will be carried out."

“A month is too long. Three days, is that enough to see if there's progress, Iris?”

“Then, Lothario, send a message to the Duke and instruct him first thing in the morning. Iris, I'd like you to assist your Second Brother in his search for information about the cure.” 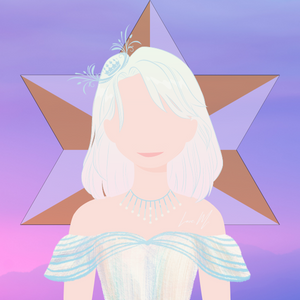 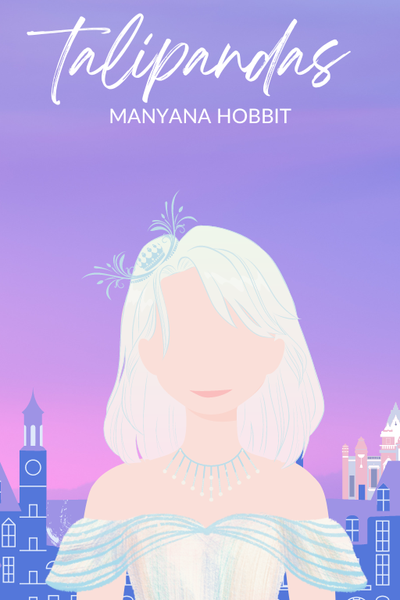 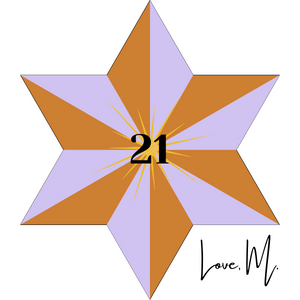