Save the Demon King

When the Demon King died, the beginning of the end of the world began.

Before the apocalypse, I was nothing more than a farmer’s daughter that lived along the barrier between human and fairy lands. Now I am a survivor on a mission to recover some of what we have lost.

After ten years of war, famine, disease, and misery, desire for a better future has brought an unlikely team of humans and fairies to the formerly lush, and now barren lands of Fateir. Once the Demon King presided over all non-human creatures here, a king in the eyes of his people, protecting them from the humans that sought to destroy them. Now humans and fairies work together to repair what was lost.

Briny walks ahead of the group, her lithe frame overtaken by a pack crammed with old books and faded parchment. “We should see the castle at the top of this ridge,” she declares, pointing to the endless sand dunes. “If we keep up this pace, we will be there by nightfall.”

“And then what?” Haddi asks.

Briny looks back, tufts of strawberry hair framing a mint green face. “Then we save the world.”

Just as Briny claimed, at the top of the sand dunes, there is a marvelously frightening sight; remains of the Demon King’s castle, a dark silhouette carved into a crumbling mountainside where a waterfall once was. The river is dried up, banks almost indistinguishable among the sand, a desolate land of scorching death. The fairies in our group whimper and hiss. Only they know what this land once looked like, and now they see what it has become.

“The Glimmer,” Elion whispers at Briny’s side. His fox ears twitch beneath his dust covered hood. “Do you really think it’s still in there? The castle was overtaken mere weeks after Lord Athik died.”

“The Glimmer is not some trinket you can pick up and carry,” Briny explains. She reaches for an ebony book with tarnished pages. The letters within mean nothing to me, scribbles of another language from far away.

“Here, one of the late human kings spoke of when they found the Glimmer: “And beneath the Demon King’s castle we discovered the source of all magic, a powerful light hovering in darkness; the Glimmer. Without mass, it danced above like a star in the sky,” Briny translates.

“Then greedy humans drained the magic until the world decayed,” Byles hisses, his red glare shifting between the six humans within our group.

My fingers twitch at my side, bracing for a fight as I growl, “Do you have something to say, Byles?”

“I have many things to say Human, to which are you referring?” he counters in typical fairy fashion. They can’t lie so they speak in riddles or weave stories to avoid truth.

“Enough. We’re all here for the same reason,” Elion interjects, pointing at the castle in the distance. “Tonight, with all our magic combined, we will strengthen the Glimmer, give back the magic that was taken, and hope it restores balance to the world. We can’t fight now, not when we’re so close.”

“He’s right.” Haddi says with a grin and a shake of her mossy hair. “But once the mission is done, we’re welcome to try and kill each other.”

The tension dissipates with shared laughter that lasts only for a moment. The stress of what’s coming, the hope of success, and the fear of failure leads to deafening silence.

Elion clears his throat. “We need to keep moving. Just because we haven’t seen an umbra in days doesn’t mean they aren’t around. Aster, patrol ahead with me. Haddi and Meesha will take the back. Don’t lose focus.”

A quiet sequence of agreements follows Elion’s order. He kisses Briny’s temple as he always does, even if he’s only taking a few steps away. My parents used to do the same, and it’d make me and my siblings cringe. Now I’d give anything to see it again, to see all of them again.

When Elion and I are far enough ahead of the group, he says, “Don’t be so hard on Byles. This is tough on all of us.”

He smiles sheepishly when I retort, “Yes, this is hard on all of us, so maybe you should tell him to simmer down.”

My gaze lingers on Elion for a second. Even in this open terrain, I’m on high alert. We have to be, with the constant threat of the umbra; malformed creatures of decay and fury. They appeared not long after the Demon King died. Umbra clawed their way out of the soil of Fateir, bringing carnage in their wake. Creatures that kill without remorse with an infinite hunger for all life. Creatures we are on a mission to stop.

“Do you think this is going to work?” I ask, tugging my shawl up to shield my face from the sands swirling in the wind.

“I do not believe in much anymore. I only hope,” he admits. “What about you? Do you believe a few survivors can strengthen an ancient magical entity enough to save the world?”

Years ago, when I was at my lowest point, Elion and his crew found me. If this rowdy bunch with a stupid idea to save the world didn’t happen upon me at that moment, I wouldn’t be here today. From then on, I’ve vowed to never even consider standing still, turning back, or disappearing. I’ll run ahead. I’ll crawl, if I have to.

“Your honesty always astounds me, especially for a hum—” but he’s cut off by an earsplitting cry accompanied by a guttural roar. Behind us, an umbra emerges, the body of a snake coated in marbled stone. Twisted legs like gnarled tree branches break forth from its hide while its serrated teeth crunches Haddi in its jaws. Her screams fall silent when her body goes limp, eyes wide and bloodied.

“Out of the way!” I holler at Meesha, who scrambles to retreat, painted in Haddi’s blood.

The umbra’s gray stare lands on me, as it throws Haddi down its throat with a single gulp. The beast hisses, back coiled, bracing to lunge even as it recognizes the mana pooling in my palms. With a wide arc of my arms, lightning surges from my fingertips, seething against the umbra’s tough exterior. The beast backs away, shrieking, and I hear others howl in response. There are always more, and they’re close.

“Get to the castle!” Elion bellows.

Every spell has a cost. One never knows their payment until the deed is done. When the umbra falls, body jerking from the repeated shocks of lightning, my sight turns cloudy.

“Let’s move!” Byles shouts while taking hold of my arm.

My vision returns in seconds. The sun is setting behind the sand dunes. The gruesome howls fade, but that means the umbra are on the hunt. If the rest of them don’t already have our scent, they soon will.

We race through the diminishing sunlight with a looming mountainside ahead and ravenous beasts at our back. 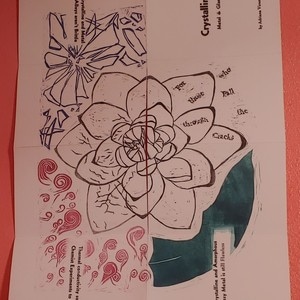 Holy crap, it feels like a whole different author! Damn, our multifaceted, talented Twoony on the move again (≧▽≦) 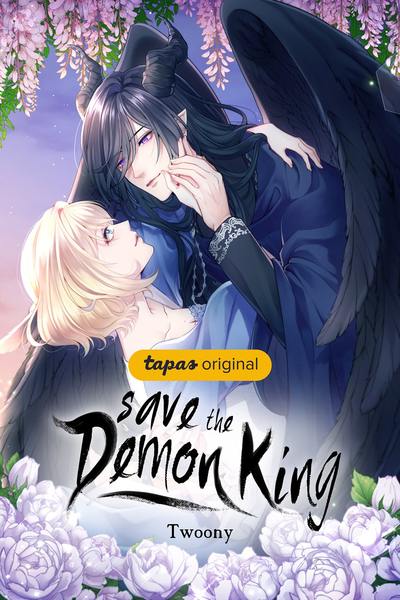 Save the Demon King

In a world of magic and war, a fierce Demon King formed a pact with the mortal kingdoms; every 25 years he will choose a human partner that he must try to love for 100 days. If he falls in love, the partner will have the power to kill him. Many centuries later, the Demon King meets a gruesome fate at the hands of the girl he loves. His death sparks the beginning of the end of the world.

Aster, a farmer’s daughter turned mage, narrowly survived the apocalypse and now seeks an ancient magical entity to save what remains. But when she offers herself to this entity, she receives a vision from Maven, the deceased Demon King. With what little remains of his magic, Maven sends Aster back in time to thwart the apocalypse. Like with all spells, there is a catch; she cannot reveal what she knows of the future.

When Aster wakes, Maven has already chosen the girl destined to kill him. Now Aster has 100 days to save the Demon King, only she never expected to fall in love with him in the process.
Subscribe 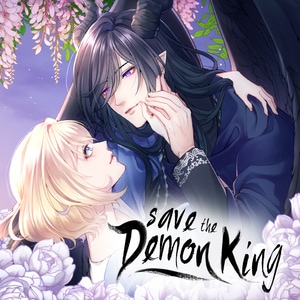